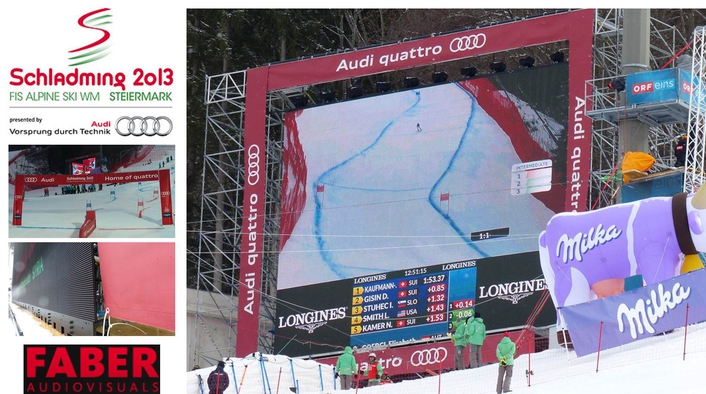 Spectators followed the opening ceremony and the competitions on LED Screens
The prestigious opening ceremony of the Alpine Ski World Cup was emblazoned by the appearance of big stars like Arnold Schwarzenegger, Herman Maier and others. The opening show presented stunning visual-,sound- and lightshows, which impressed the audience. Especially the new AOTO M10 screen supported the opening show with spectacular crystal-clear images.

After the opening ceremony the focus was on the athletes and their performance in the eleven medal events.

The Planai ski resort was the competition venue where all the ski races took place. Down from the Planai hill two separate courses, one for the ladies’ races and one for the men’s races, ended in one finish arena. The TV and radio mixed zones, commentary positions, announce platforms and TV studios for the rights holding broadcasters were located at the Planai Arena, just like the host broadcaster TV compound, with space for the two HD OBVans (from tpc and TVN) and additional production facilities of the host broadcast operation like a container with additional six SloMo operators, a container for the control of all the wireless cameras and the LMC Vans for the control of the Antelope UltraMotion cameras. 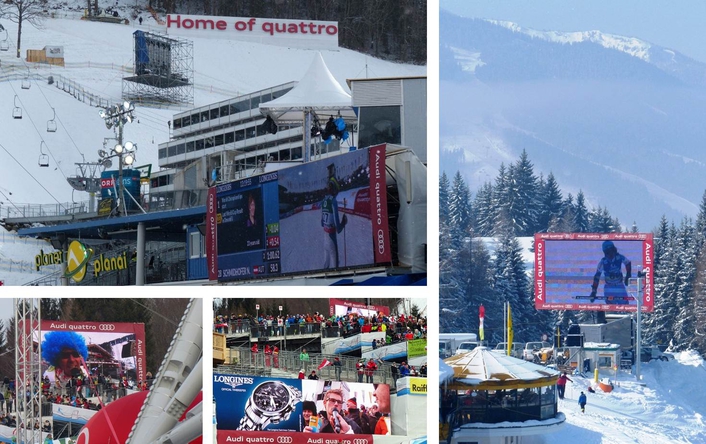 LED Screens in the Arena and at the Kessler Alm

To enhance the experience of the up to 40.000 spectators in the Planai Arena and along the slopes, the Local Oorganizing Committee had ordered about 600 sqm of video walls from Faber Audiovisual including the necessary support. Faber had installed five screens at the Arena including a 135 sqm AOTO sports video wall. But also for the spectators at the middle station of the Planai Bahn close to Kessler Alm an LED Truck had been moved up with the help of a RatCat. 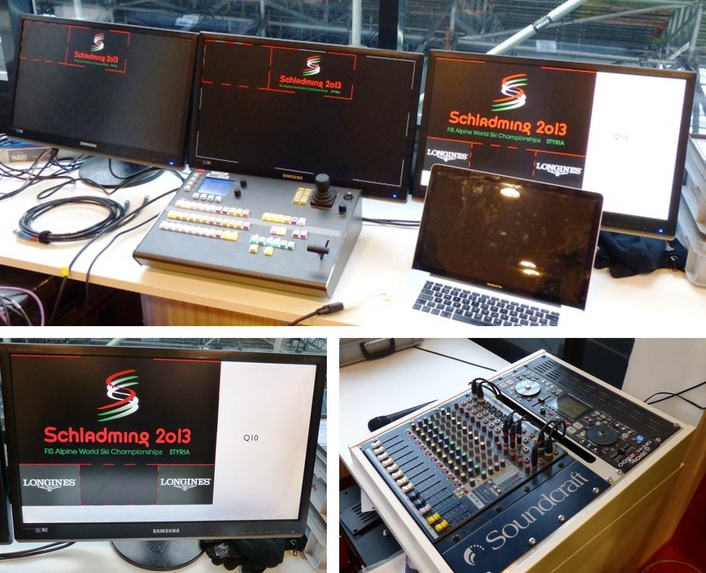 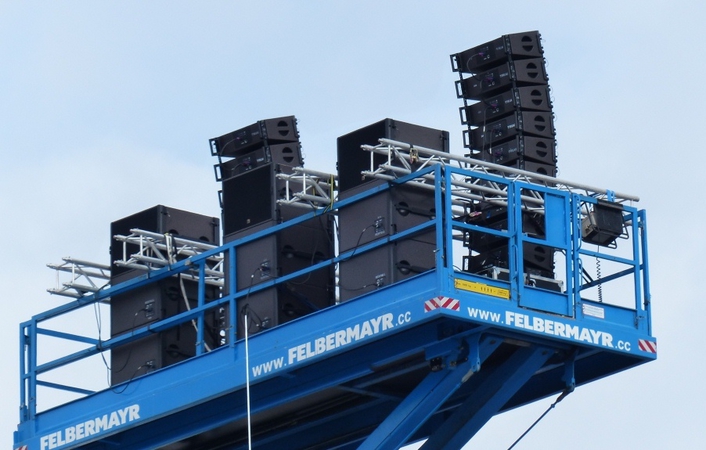 The LED Screens along the slopes and in the arena showed the international TV signal which was produced in the two HD OBVans. Additional timing information was added on some of the screens. The sound was a special mix for the spectators and a whole batterie of L-Acoustic loudspeakers and line arrays were installed in the arena. Faber Audiovisual also had the possibility to include advertisment clips of the FIS sponsors. For all this various taskes the Faber team had an Encore vision switcher and a Soundcraft audio mixer available. 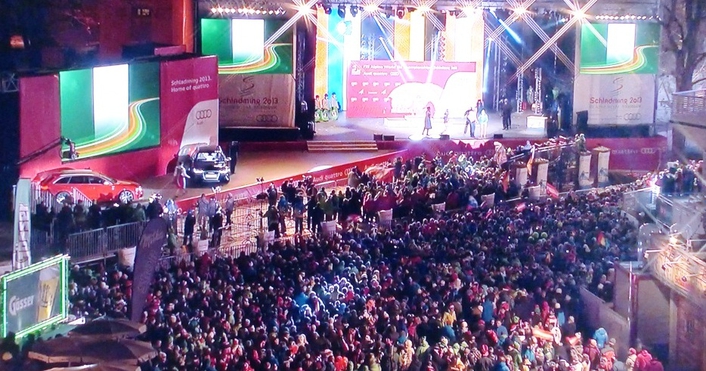 More LED screens from AOTO and Mitsubishi were installed at Medal Plaza and in the ORF House. In total Faber Audiovisual had installed 15 LED screens to support the spectators at the various events in Schladming.