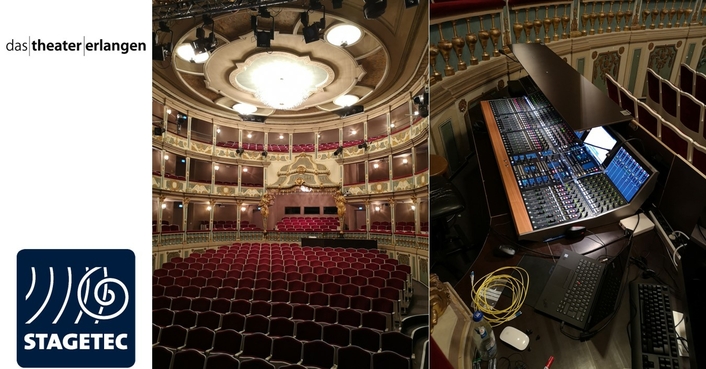 The Erlangen Theatre has comprehensively modernised its audio technology. CRESCENDO-T, a 32-fader mixing console from Berlin-based Stage Tec, was installed in an existing NEXUS network. The NEXUS components of this network, some of which are 14 years old, were inspected and renewed as needed, and a Base Device and router were added. As part of this revamp, an interesting audio installation was set up to enable the theatre to use two PA systems in parallel: the classic and a 3D audio system.

The systems house Wilhelm & Willhalm installed a 3D audio system from Astro Spatial Audio and distributed 70 loudspeakers over four levels in the boxes and on the balustrade in the auditorium. The system also includes the classic Left, Centre, Right and Stage Edge sound system. 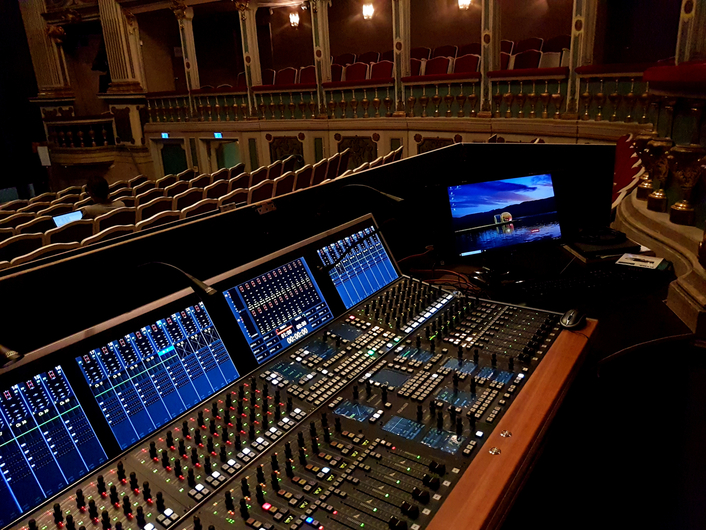 The special feature of the installation is that the sound engineer can use both the classic sound system and the 3D audio system simultaneously during the performance. There is no need for preparation or for switching. This unique installation in a theatre is made possible by combining the signals from the Astro Spatial System and the direct bus outputs from CRESCENDO-T via combiners in the NEXUS system. This makes parallel operation possible. "Bringing these two systems together – the classic sound system and the 3D audio system – requires a router, and NEXUS is unique in this respect," explains Thomas Dürrbeck, project manager at Wilhelm & Willhalm. "Cooperation with Stage Tec on this project has been very close and friendly. For example, the Berliners accomodated the theatre's requests for changes to the layout and function assignments until shortly before the mixing console was completed. 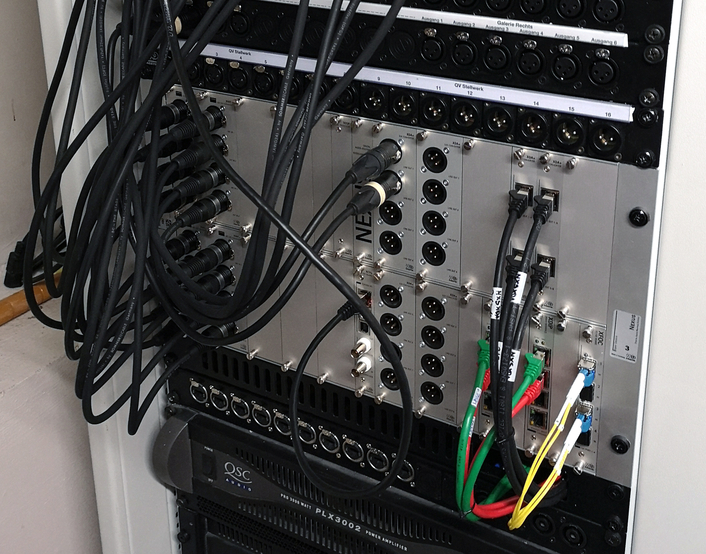 NEXUS at the Erlangen Theatre auditorium

Another special feature of this installation is that all five screens can be switched from CRESCENDO-T to video, so that it is possible to display the outputs from PCs, stage and orchestra cameras. Erlangen is one of the first theatres to also use the Waves integration in CRESCENDO-T. 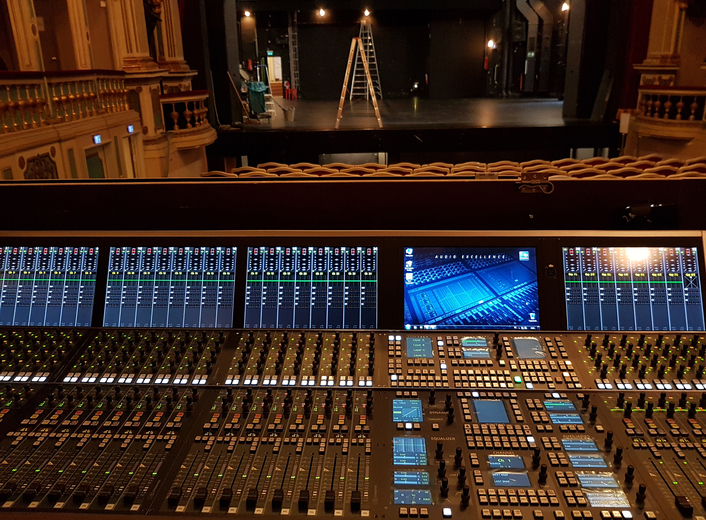 The Erlangen Theatre opted for CRESCENDO-T because the compact console offers both snapshot and scene automation. For quick access, the console has eight custom theatre-key assignments on its surface and two additional metal buttons for ''Play'' and ''Previous Snapshots'' are located in the armrest. CRESCENDO-T was also chosen because of its rapid start-up and extremely short snapshot response times (recall speed of less than 10 ms) as well as direct access to EQ, dynamics, AUX, etc. And now that CRESCENDO-T has been in use for a good three months, the Erlangen Theatre is also very impressed by the quality of the audio signal processing

About Stage Tec:
Stage Tec Entwicklungsgesellschaft für professionelle Audiotechnik GmbH, based in Berlin, specialises in the development and manufacture of innovative audio equipment. Stage Tec was founded in 1993 by a group of highly qualified audio and electronics engineers. Today, it has grown into a well-motivated team of 55 employees. Numerous developments and patents have given Stage Tec products an outstanding market position and testify to the company's consistent performance. In 2010 NEXUS® won the Technology and Engineering Emmy® Award as the finest, most versatile audio routing system. Key products include the AVATUS IP-based console (2019), the AURUS® Direct Access console (2002), the compact AURATUS® (2006) and CRESCENDO (2009) consoles for broadcast and theatre, and the small IP-based broadcast mixer ON AIR flex (2014).