The 29th Tonmeistertagung in Cologne 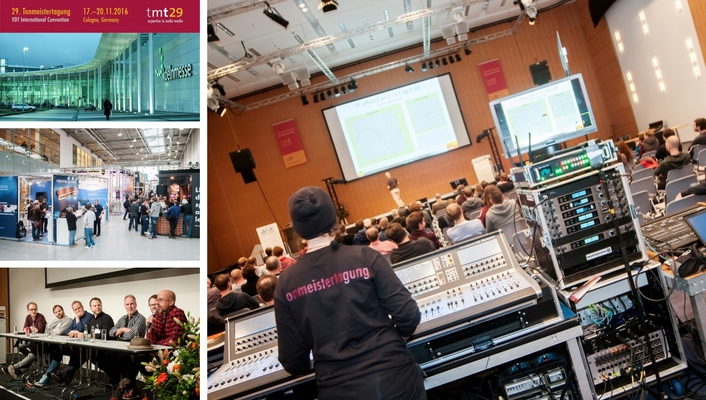 A huge success with a compelling program, exciting exhibition and fascinated visitors

A hugely successful 29th Tonmeistertagung ended on Sunday, November 20, 2016. It was characterized by an extraordinary convention program, a large and exciting exhibition, and enormous interest from the many visitors. From traditional Tonmeisters to PA experts, scientists to trainees and producers to audio assistants – the entire audio industry met to network and share their professional experience.

The VDT used the convention as an opportunity to open itself up to new audiences. For the first time, event technicians focusing on audio were explicitly invited along with media designers. “The industry is changing and broadening, and as a professional association VDT has been following this trend for years,” said Carlos Albrecht, President of the VDT, commenting on the developments. It was also worthwhile for young talent in the industry, which enjoyed the Trainee Forum, the Live Mixing Workshop that's been a fixture of the Tonmeistertagung for years, the TMT Academy and the Education Forum. 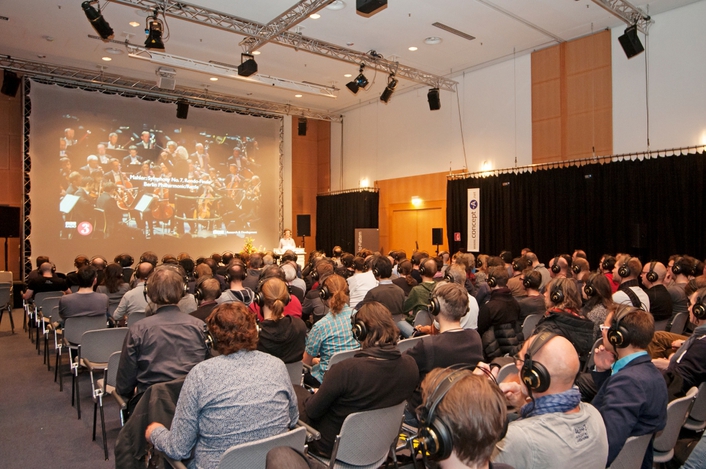 One of the major topics of this year’s congress was 3D audio. The VDT team had equipped one workshop room with about 200 seats with a 3D sound reinforcement supporting all formats (Auro 3D, Dolby Atmos, Ambisonics, other formats)

Drawing on Invited Sessions, where luminaries of the industry organized comprehensive contributions in their field of expertise, the convention program achieved an even greater variety than in recent years. The 14 Invited Sessions (from a total of 28 Themed Sessions) ranged from 3D Recording to The Future of Broadcasting and Speech Intelligibility in Broadcast.

In addition to the diversity of subjects, current topics were spotlighted. This time, the large hall on the ground floor was dedicated to the topics Musical / Stage, which addressed issues such as scene automation and managing large radio installations including intercom. Connected to this topic, latest trends in sound reinforcement technologies focused on PA experts and saw discussion of technologies such as beam steering and subwoofer array technologies. Several sessions were devoted to the artistic arrangement of recordings and productions. VDT could secure speakers of international renown, both in classical music and in pop, rock and jazz.

Recording and reproduction technologies as well as their artistic realization for 3D audio and Virtual Reality or 360° video likewise received plenty of attention. This area of interest has emerged from its niche and will soon spill over into consumer equipment. A number of smartphone makers have already announced binaural reproduction, and both the automotive industry and computer game developers are extremely active in the field. 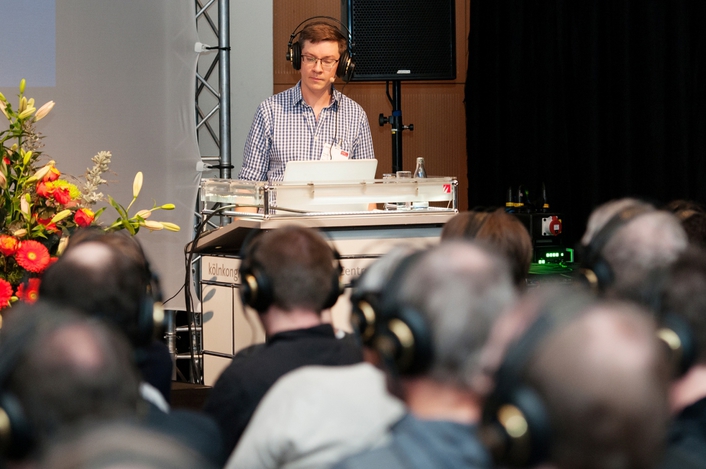 120 headphones for the audience allowed binaural reproduction in one of the five lecture and workshop rooms. The photo shows Tom Parnell (BBC) in his workshop BT-04 about “BBC Proms in Binaural Sound”.

Several sessions highlighted new trends in developing, recording and producing 3D audio and virtual reality. The IRT Themed Day, which colleagues from the broadcasting industry particularly appreciated, further emphasized the importance of these topics: It was dedicated entirely to Virtual Reality. 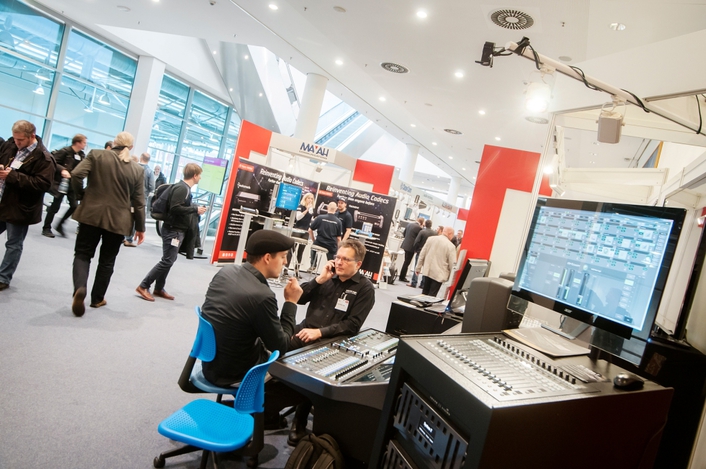 The exhibition scored with more than 130 exhibitors and 200 brands on three floors with 2 400 square meters. The close combination of exhibition and congress was a guarantee for short distances and an effective show and again satisfied the visitors

One of the lecture halls was fitted with its own flexible three-dimensional sound reinforcement system that enabled all major reproduction standards, from Ambisonics to Auro 3D, Dolby Atmos and several special formats. VDT also procured a signal distribution system for binaural signals and 120 headphones for the hall. “The technical equipment required was enormous this time round, more even than for the last Tonmeistertagung,” summarized Jörn Nettingsmeier (VDT board member), who was responsible for the technical equipment and operating the halls during the Tonmeistertagung. It was a worthwhile effort in the hall, providing as it did a rare and exquisitely implemented opportunity to compare immersive audio and binaural headphone reproduction at the highest of standards. 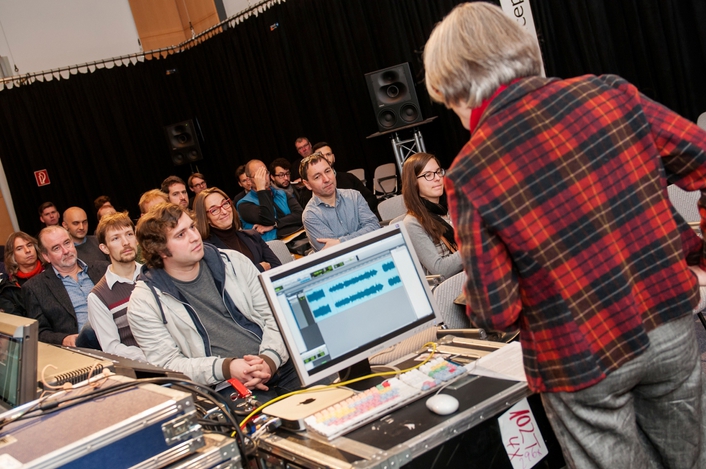 The photo shows Dorothee Schabert (SWR) in her Talk Back TB-04. In the center of the audience, you can see Malgorzata Albinska-Frank who was in charge of planning the Talk Back series and who leaded them.

The program ended on Sunday with a compelling session on cinematic audio lead by Martin Steyer, which likewise aligned to 3D audio. During Saturday night, the technicians crew converted the 3D sound reinforcement system in lecture hall R3 into a standard-compliant Dolby Atmos cinema sound system. “This undertaking is unique – we presented the first Atmos cinema equipped with mobile components,” noted Jörn Nettingsmeier. 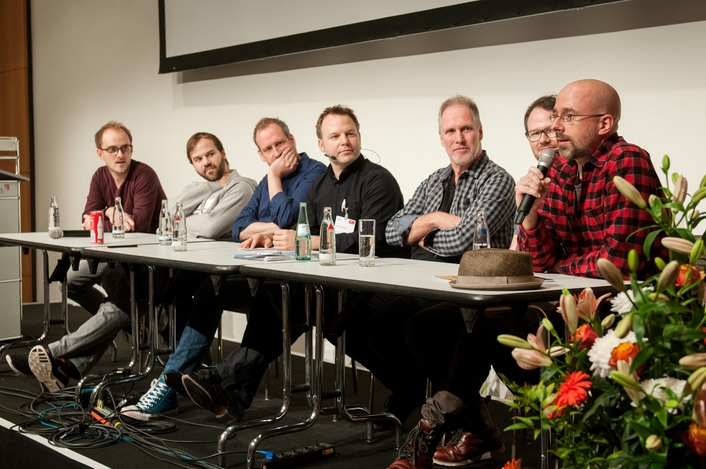 Video blogging about the Tonmeistertagung

The program covered many more technical topics and artistic aspects. VDT could secure speakers of international renown, both in classical music and in pop, rock and jazz. You can see just how many – it had something for every visitor, from trainees to experienced professionals – in the convention program and in the brand new Vimeo channel (https://vimeo.com/channels/1155130). During prime time, new vlogs were added virtually every half hour, which were produced by a dedicated editorial and production team of media designer trainees directed by the ARD.ZDF media academy. 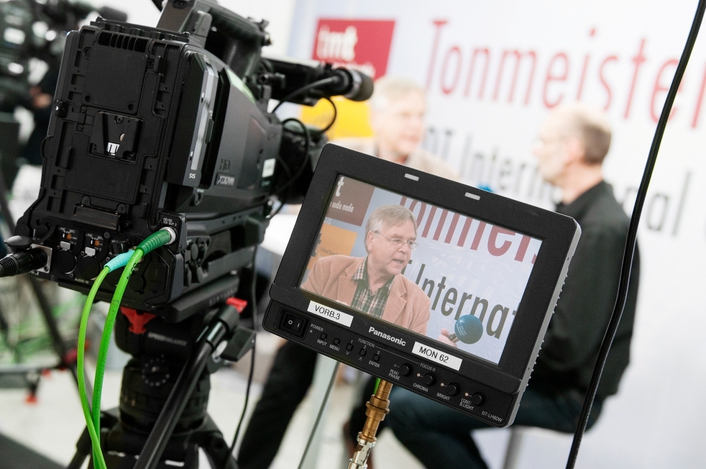 During prime Tonmeistertagung 2016 Captions / Bildunterschriften page 4 of 5 time, new vlogs were added virtually every half hour, which were produced by a dedicated editorial and production team of media designer trainees directed by the ARD.ZDF media

Carlos Albrecht and the entire team at VDT is delighted about the successful convention. “Thanks so much to everyone who contributed to this event!”

The next Tonmeistertagung – the 30th TMT, which will be an anniversary event – is scheduled for November 2018, and will once again take place in the Convention Centrum Nord at the 'Messe Köln' exhibition grounds in Cologne. 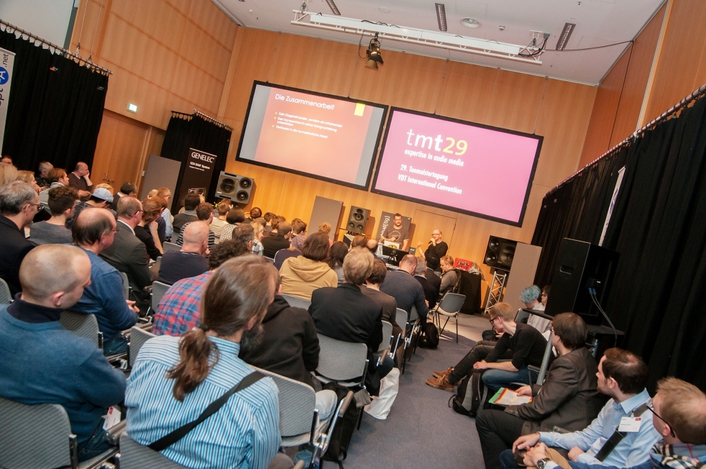 An overview of the facts on the 29th Tonmeistertagung: 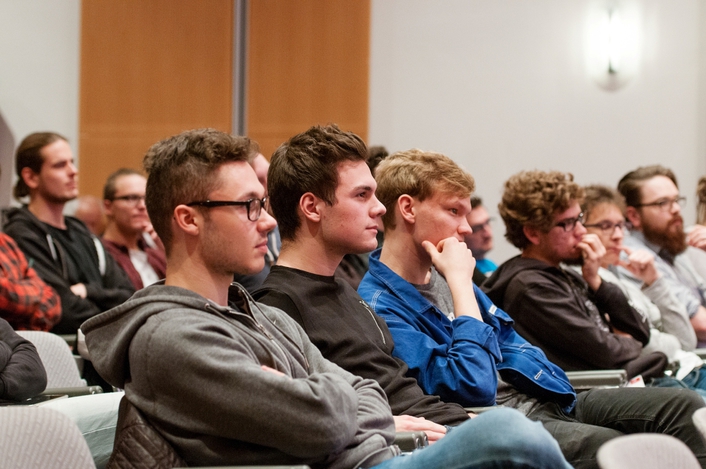 Tonmeistertagung offered many sessions for young talents, from the trainee and student to young professionals

The Tonmeistertagung is a top-class expert meeting for audio professionals, producers, artists, vendors, suppliers, developers, and scientists. It provides a valuable impetus to professional audio experts from all sectors of the industry, as well as an overview of the latest trends in product development, research and application. Practical information for day-today operations receive as much attention as the fundamentals for new topics and findings in research.

The Tonmeistertagung builds primarily on the quality and authenticity of the information. It conveys first-hand industry information in personal talks. Qualified contact persons available for questions on location, as well as the possibility to exchange ideas with colleagues on practical issues, make it indispensable as a source of knowledge.

Verband Deutscher Tonmeister (VDT) is the German Association of Sound Engineers, a meeting place for audio professionals who work in the arts, media and communication with the desire to preserve and increase the aesthetic and technical quality of their products. The association represents membership interests in a professional, social and business context, and is open to the global community and a broad range of professions. Its over 2 000 members include sound professionals from the recording production, radio broadcast, film, television, multimedia and theatre industries, as well as representatives from the media, equipment and event industries, research and development, and education. Students comprise about 10% of the membership.

VDT also has many corporate members that support its ideals and provide funding.