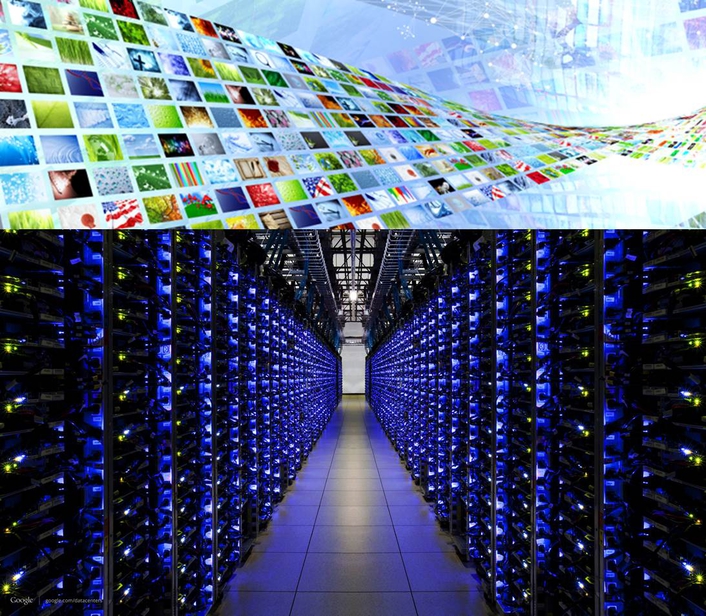 The report includes results from a 2013 survey of SMPTE, HPA and Digital Production Buzz members on their digital storage needs in these target segments (comparing the results to similar 2009, 2010 and 2012 surveys).  These surveys were used to refine the current report analysis from previous editions and track industry trends. The report benefited from input from many experts in the industry, which along with economic analysis and industry publications and announcements, was used to create the data including in the report.

Some highlights from the report:
•    As image resolution and frame rates increases and as stereoscopic (and other
multi-camera) video becomes more common, storage requirements explode.

•    Several petabytes of storage may be required for a complete stereoscopic digital
movie project at 4K resolution, and there is some production work as high as 8K.  Within 10 years we could see close to an Exabytes of content created in a single major movie project

•    The development of 4K TV and other high-resolution venues in the home and in
mobile devices will drive the demand for digital content (especially enabled by high HEVC (H.265) compression

•    Flash memory appears to be reaching tipping point in professional video cameras
with survey results showing about 59% utilization in 2013 (growing from 2009,
2010 and 2012 survey results).  Flash memory is also playing a role in content distribution and post-production.

•    Storage in remote “clouds” is playing an increasing role in enabling collaborative
workflows. 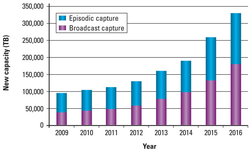 •    The greatest storage capacity demand in 2013 was for digital conversion and
preservation as well as archiving of new content (about 98%).   Content distribution
follows in size with acquisition and post-production using less storage.

•    Over 99 Exabytes of digital storage will be used for digital archiving and
content conversion and preservation by 2018.

•    Silver halide film as a content distribution media will vanish before the end
of the decade.

Purchase of the report and the accompanying power point presentation with report figures and tables provides the most definitive information on digital storage trends for the professional media and entertainment industry.

The 2013 Digital Storage for Media and Entertainment Report is now available from Coughlin Associates. To get a copy send a completed order form in the report brochure at http://www.tomcoughlin.com/techpapers.htm or call us at 408-978-8184
or email us at tom@tomcoughlin.com.