egta and ACT highlight the role of TV in communicating on key transnational issues, its relevance to the world economy and its contribution to social and cultural development through testimonials and first-hand accounts on a website set up especially for this occasion. Neelie Kroes, Vice-President of the European Commission, invited to comment on this occasion, said: “Television is still the way to reach the most citizens and talk to them – and with them – about how the EU affects their lives.”

By appealing to people’s hearts and minds, television creates a sense of unity and gathers millions to share extraordinary moments together, especially when it comes to live sports events: “It’s the media – television included, evidently – that bring Formula One to the living rooms of fans, followers and motorsport enthusiasts alike” commented Michael Schumacher for egta and ACT.

The main messages endorsed by ACT and egta on the social values of television include the following:

* Television is a cornerstone of democracy and a pillar of freedom of expression and cultural diversity;
* TV informs and educates, while continually inviting people to explore beyond their living rooms;
* TV offers visibility and stands behind many charitable organisations' fundraising initiatives;
* TV creates a sense of unity, promotes sport’s values and ethics and inspires people to follow healthy role models;
* As a driver of tomorrow’s multimedia world, TV is constantly reinventing itself, while anticipating and adapting to society’s needs and habits. 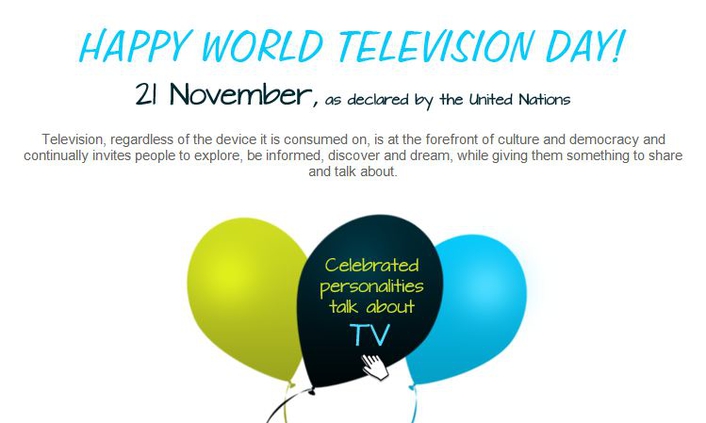 Philippe Delusinne, ACT President & CEO of RTL Belgium commented: “In the digital era, while we offer our professional content on multiple screens, linear TV remains the leading medium. Television is an instantaneous and effective communications medium, and this position comes with certain responsibilities to society. It is our task and our honour to report on important events across the world, to drive debates and to encourage people to reflect. Today is a day to realise that TV is there for us and that we fulfil many social roles through creating and distributing programmes that inform, engage and entertain millions of people across the world.”

Heikki Rotko, egta President & CEO of MTV Oy Finland added: “The digital “r-evolution” has allowed television to free itself from the constraints of time and space and to travel seamlessly from the living room to a multitude of screens, offering viewers of all ages, genders and nationalities a renewed and much richer experience around content and information when and wherever they want. These are exciting times for broadcasters; times when we reinvent, transform and add value to an activity that consumes the major part of most people’s days and when we consider how to best harness the great potential of both linear and on-line television to help develop attitudes and responses to the world we all inhabit.”

About egta
egta is the association representing television and radio sales houses, either independent from the channel or in-house, that market the advertising space of both private and public television and radio stations throughout Europe and beyond. egta fulfils different functions for its members in fields of activities as diversified as regulatory issues, audience measurement, sales methods, interactivity, cross-media, technical standards, new media etc. During its 35 years of existence, egta has become the reference centre for television & radio advertising in Europe. egta counts 125 members operating across 37 countries.

About the ACT
The Association of Commercial Television in Europe (ACT) is a trade body for the commercial broadcasting sector in Europe. Formed in 1989, the ACT has 33 member companies active in 37 European countries, operating and distributing several thousand free-to-air and pay-tv channels and new media services. By offering a wide range of choice and variety to the viewer, the sector is a leading source of entertainment and information to millions of European citizens. These companies, via their membership in the ACT, are part of a unique European platform for learning about new developments and case studies in the fast-moving world of digital media, either via our Working Groups, or on individual request.