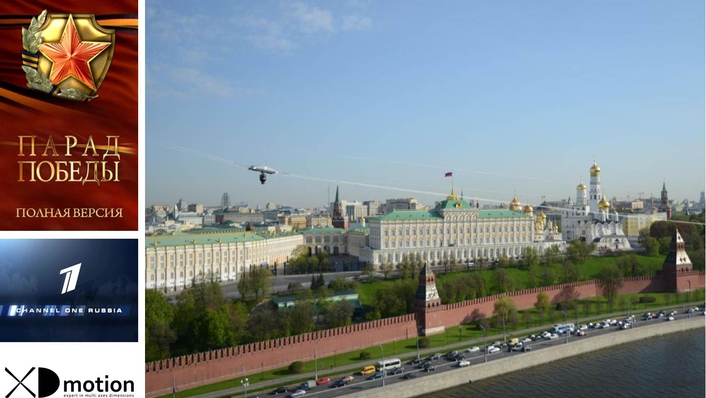 XD motion X fly in front of the Kremlin
Vladimir Putin has been inaugurated as president of Russia in a lavish ceremony in the capital, Moscow. To picture Mr Putins way to the Kremlin XD motion equipped two motorcycles with gyro-stabilized RF camera heads.

Mr Putin won a third term as president in controversial elections in March. He took the presidential oath at the Grand Kremlin Palace, in a hall that was once the throne room of the Russian tsars. In a short speech he said Russia was "entering a new phase of national development".

"We will have to decide tasks of a new level, a new quality and scale. The coming years will be decisive for Russia's fate for decades to come." He said Mr Medvedev had given a new impulse to modernisation, and the "transformation" of Russia must continue. He also spoke of the need to strengthen Russian democracy and constitutional rights. 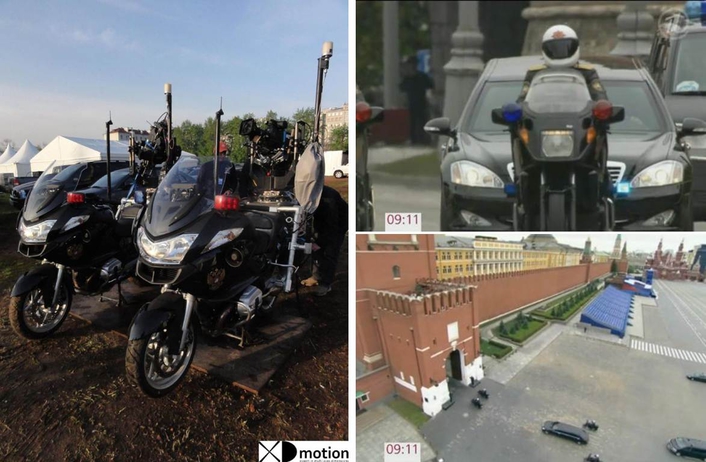 "I consider it to be the meaning of my whole life and my obligation to serve my fatherland and our people," Mr Putin said. "We will achieve our goals if we are a single, united people - if we hold our fatherland dear, strengthen Russian democracy, constitutional rights and freedoms."

The whole ceremony was covered live with more than 80 cameras and shown on Russia's Channel One.

Vladimir Putin Presidential Inauguration on 07 May 2012

About Channel One
Channel One Russia is the biggest broadcasting company in Russian Federation with the best up to 99,8% coverage and the highest TV watching rate.Key production and on-air activities: news broadcasting full-coverage and efficiency; creative and technological innovations in on-air content programming; all genres variety and balance of content for all sections of population; young people segment reinforcement.Channel One Worldwide represents Channel One Russia international department and a range of niche channels with about 250 million of viewers all over the world, 120 million among them being outside of Russia. Channel One Russia also produces Russian film distribution leaders.