The “May 5th Shopping Festival” is a brand-new large-scale consumption festival initiated in Shanghai. This live broadcast is the first large-scale event that held jointly by radio and television since the outbreak of Covid-19, its high-level specification, wide coverage, rich broadcast form, and complex system configuration could be defined as an all-round, full-process and full-link technical guarantee. In order to successfully complete broadcast work, and consider the related issues such as epidemic prevention and security. SMT deployed in advance and carefully planned. More than 200 crews worked together to create "Shanghai Shopping" brand.

At 19:30 on May 4, the opening ceremony of the "Shanghai International Consumer City Global Promotion Conference" also known as "May 5th Shopping Festival" was launched at the Shanghai International Convention Center. The SMT cloud production system, 8 cameras, and dual audio production system processed the main and standby road feeds with rich pictures and realistic sounds at the ceremony through OB Van, and then transmitted back to the TV directing safely via optical fiber and satellite.

The most striking part of the live broadcast at the launching ceremony was the "cloud connection" on the same screen of 72 merchants. 72 merchants located in different business districts in Shanghai accessed the scene through SMT cloud production system, and presented on the wall on the left and right sides of the scene. From rapidly launched at the beginning of the epidemic to today's continuous advancement, SMT cloud production system constantly unlocked new functions such as "cloud connection", "cloud live broadcast", "cloud contract", "cloud interaction", and accumulated tons of successful application cases. 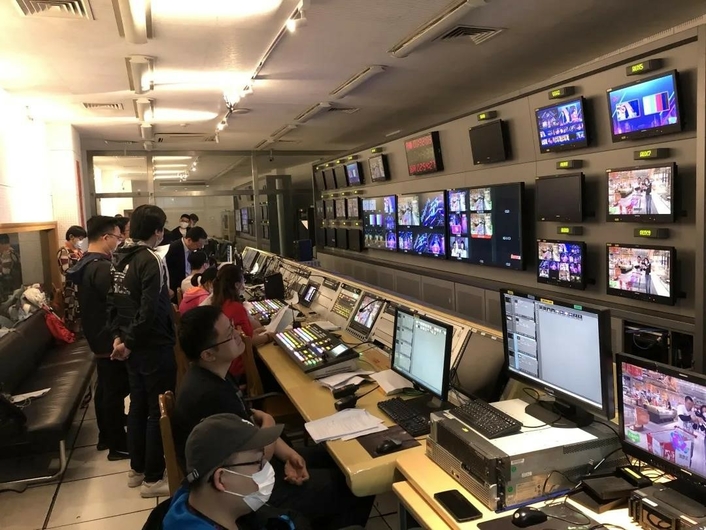 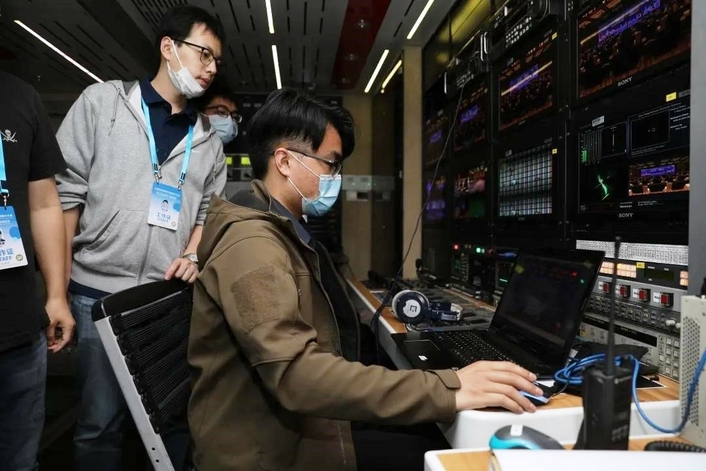 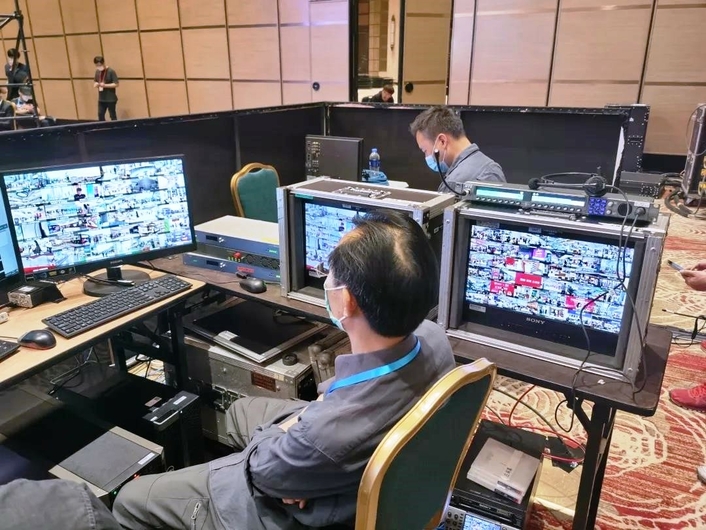 In order to ensure that 72 merchants can be accurately synchronized on the screen and to guarantee the safety of broadcasting, the R & D staff has worked out every possible emergency situation, and has formulated a detailed emergency plan for various situations such as a single merchant's disconnection, core equipment failure, and network paralysis. 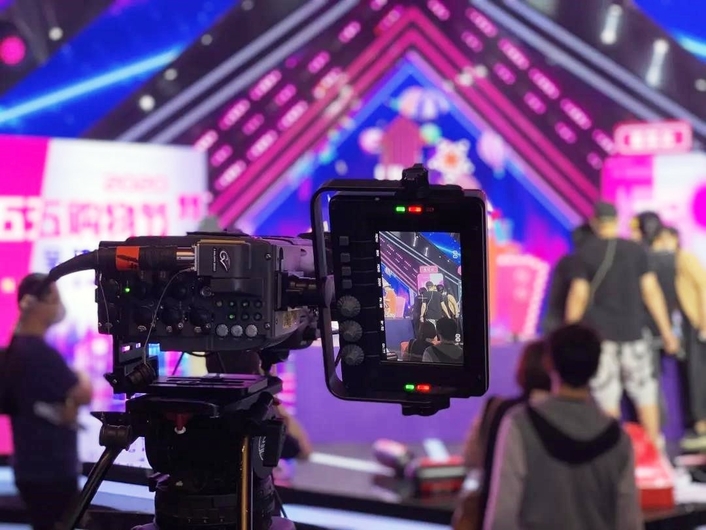 The 4-hour live broadcast is rich in content and varied in form. The entire live broadcast event is linked online and offline activity to achieve "cloud shopping" on the internet platform. At the same time, interactive reviews were generated through the online platform to achieve "cloud interaction" on multiple screens, which created a relaxed and fun shopping atmosphere. 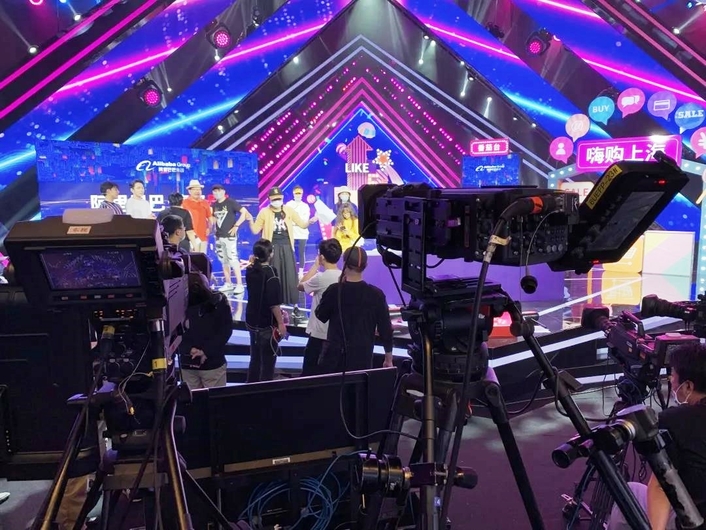 According to the characteristics of Taobao Live Broadcasting, Smt adjusted the parameters of the vertical screen camera and accurately reconstructed the screen ratio to meet the preferences of “Taobao live broadcast” fans. 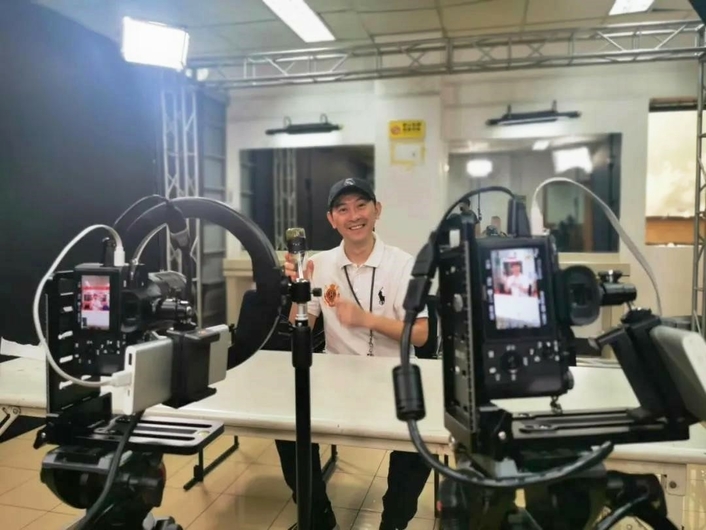 Omnimedia, a new ecology of “influencer marketing” created by radio

At 9 a.m. on May 5, radio broadcast "12 Hours Live Plus", an all-media linked interaction, was launched and broadcasted on the main frequency. From presentation methods, production processes, to the scope of protection and investment, technicians are all better than the previous live broadcast. With a comprehensive emergency plan, excellent live broadcast operations, and professional background support, live broadcast programs are perfectly presented. 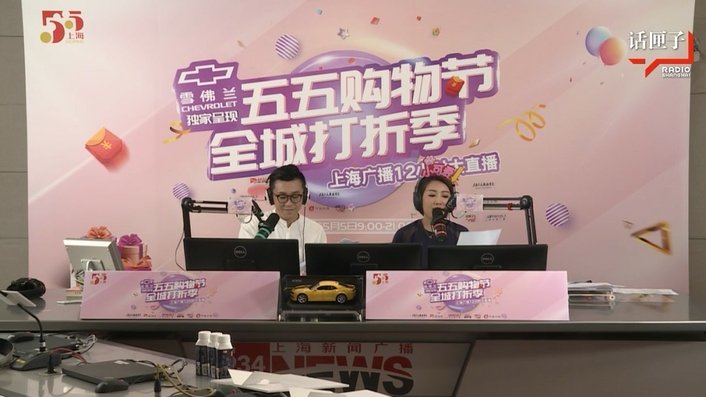 This live broadcast has 20 scenes of video connections, which running through 12 hours. With different live broadcast environments and network conditions, the outfield team not only needs to independently complete the transmission test, but also takes into account the sound quality and picture effects of the connection. Under such "Extreme Challenge", only four technicians were gathered and efficiently covered all 20 connected locations, which fully reflects the mobility, flexibility and efficiency of radio mobile live broadcasting. 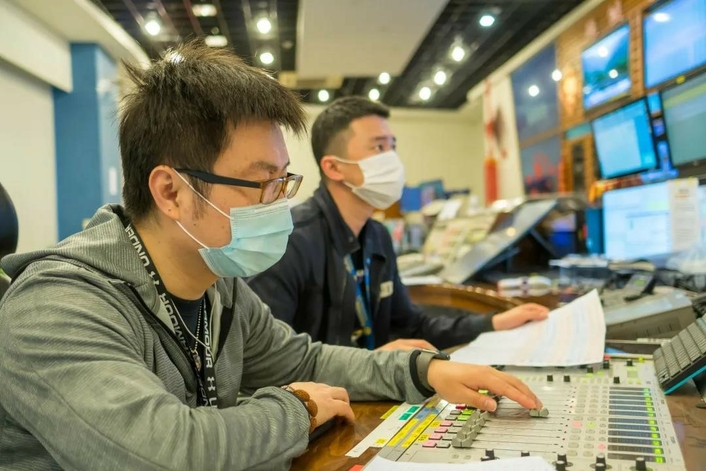 Anti-epidemic with live-broadcast safeguard results in a perfect ending

Two weeks before the live broadcast of the shopping festival, SMT organized a meeting to discuss technical solutions and coordinate preparations, and then completed system construction, link testing, system connection and debugging, and full-process rehearsal. Using optical fibers, 4G, 5G and other transmission networks as carriers to achieve the effect of simultaneous live broadcast of multiple points, which cannot be separated from the "net" that built by SMT. 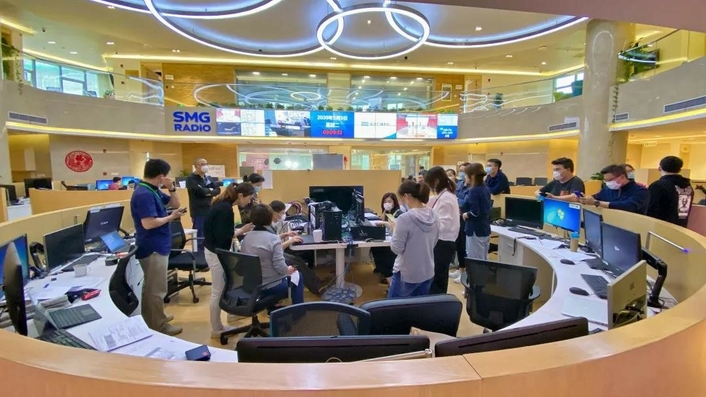 The form of this live broadcast is quite complicated: on the TV side, it involves the fields of International Conference Center, multiple studios, 6 outfield business districts and other multi-site locations. There are as many as 16 channels converging to the TV directing fibers and satellite signals, and also many platforms for live streaming. In addition to the conventional network, "video and audio transmission system" that independently developed by SMT was also used in this broadcast. The system performs video transmission based on 5G signals, which enabled real-time communication across the city. On the radio side, multi-departmental and cross-border cooperation is carried out to seamlessly connect and develop a new live broadcast model, and completed the cross-border activity of radio omnimedia live broadcasts with influencer marketing, meanwhile opened up new marketing models and communication channels. 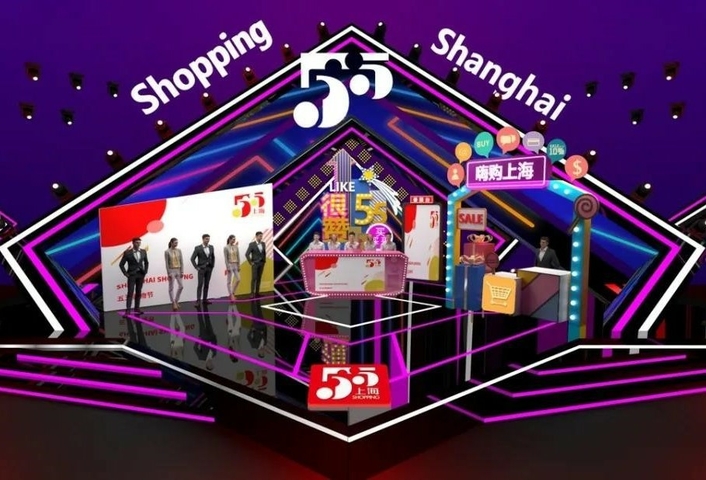