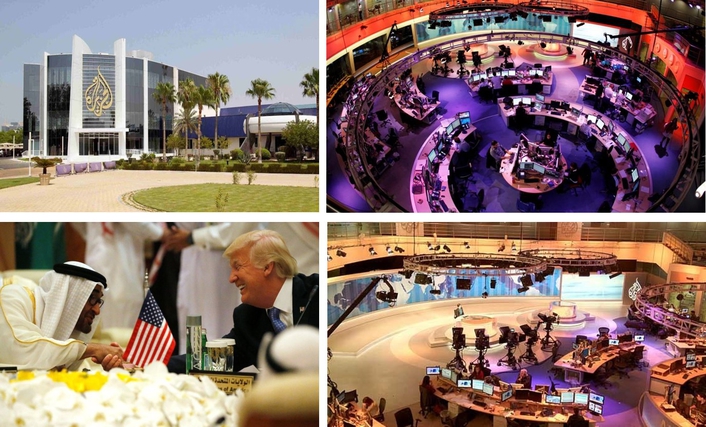 Qatar has been given a 10-day ultimatum to close news channel Al Jazeera as part of a series of demands from Saudi Arabia, Egypt and the other Gulf states.

Kuwait, which is not involved in the dispute and is acting as middle man, delivered a list of demands to Qatar which include: Close the news channel, sever all its links to Iran and its ties to the Muslim Brotherhood, to close a Turkish military base in Qatar and to pay ‘compensation’ to Saudi Arabia. The demands also call for Qatar to close the Al Jazeera affiliates, which is taken to mean its English and other language channels.

Qatar, via Al Jazeera, says it will not negotiate until Saudi Arabia lifts its blockade on the country.

Established in 1996 and staffed mostly by former BBC-trained professional reporters, Al Jazeera was a breath of fresh air in a region that only understood news as the product of governments rather than the public’s right to know. Its motto –“the opinion and the counter opinion” — quickly won it huge audiences in an Arab world that was thirsty for any alternative to state-run television that had monopolized the airwaves for decades. The network worked hard initially on presenting balanced programming with high journalistic standards. Audiences responded positively, and the satellite channel quickly became and continues to be the No. 1 Arabic language news channel.

The Arab Spring caught the network off guard (although many say it was behind it), but it quickly became involved and certainly gave a voice and wall-to- wall coverage to the demonstrations for democratic change.

The need to stop demonizing journalism is not limited to the crisis in the Gulf. In recent months, Egypt, the Palestinian Authority, Saudi Arabia, the United Arab Emirates and others have increased their blocking of news websites. Through draconian press laws and the arrests of journalists, the Arab world is slipping further and further in press freedom rankings.

The 2017 World Press Freedom Index issued by the Paris-based Reporters Without Borders ranks Saudi Arabia as 168 out of 180 countries. Bahrain is ranked 164, Egypt 161 and United Arab Emirates 119. Qatar is ranked 123.

The information revolution has brought home to everyone the near-impossibility of controlling information. Audiences in the Arab world and elsewhere are smart enough to be able to change channels and bypass Web blockades to get the information they desire and trust. To keep audiences informed, it’s vitally important to keep the media out of the current Gulf conflict. Bad and biased media should be tackled through balanced and professional journalism, not by using a sledgehammer.