The live video stream was watched by more than 22,000 unique viewers, spanning 81 countries around the world. In addition, the White House shared the address on YouTube where it has been replayed more than 275,000 times.

Piksel provided fully redundant encoding and delivery paths, as well as the live streaming video platform to long-time customer WHUR-FM, Howard University’s radio station in the Washington, D.C. for the project. Piksel also hosted the video and landing page for the university in order to manage demand and ensure its availability.

“We were delighted to be part of this special event with President Obama giving Howard University’s commencement address. And, even more so in being able to use our live streaming technology to seamlessly deliver these messages to the family and friends of the Class of 2016 to a truly global audience,” said Scott Williams, EVP Americas at Piksel.

The event was monitored in real time by expert staff both on-site at Howard University, as well as at Piksel’s Live Streaming and Monitoring Center in Atlanta, GA, where technicians monitor over 40,000 live event broadcasts per year. 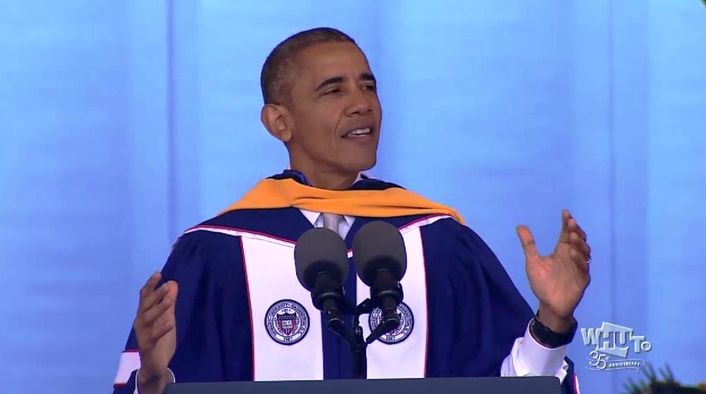 WHUR-FM, 96.3 FM, is an urban adult contemporary radio station that is licensed to Washington D.C., and serves the Metro D.C. area. It is owned and operated by Howard University, making it one of the few commercial radio stations in the United States to be owned by a college or university, as well as being the only independent, locally-owned station in the Washington, D.C. area. Also, the staff of the station mentors the students of the university's school of communications. It is also co-owned with its television partner, WHUT-TV, one of D.C.'s PBS affiliates.

About Piksel
Piksel has been building successful online video businesses for over a decade. Our offering of strategic, professional and managed services is underpinned by the Piksel Palette’s SaaS-based infrastructure. It’s this recipe, combined with our commitment to creating mutually beneficial partnerships, that enables our media and entertainment clients to prosper in today’s video market.
Piksel’s unrivaled expertise is in designing, building and managing online video solutions for the likes of AT&T, Sky, Channel 4, Liberty Global, Mediaset, OSN and Transavia. Headquartered in New York City, Piksel offices can be found throughout Europe and the Americas.