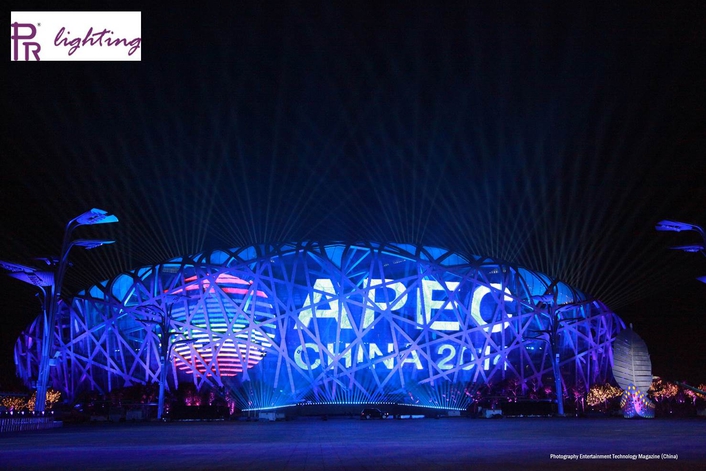 .
PR Lighting fixtures had a major presence at the recent 22nd APEC (Asia-Pacific Economic Cooperation) Welcome Banquet, which was held at the Water Cube in Beijing.

This event, whose theme this year was ‘Shaping the Future through Asia-Pacific Partnership’, was very much a showcase for Chinese entertainment and stage lighting brands, providing a great opportunity for the Chinese event technology industry to show its new image and underline how far it has come. And the attendees, represented by the leaders from 21 member countries, were certainly impressed.

The lighting was divided into three distinct sections, and as the leading entertainment lighting company in China, PR Lighting was chosen for its advanced and reliable products.

The first part of the journey was ‘The Welcome Pathway’ — the road between the Bird’s Nest Stadium and Water Cube — which was designed by creative production company, Bei Ao Events. Illumination consisted of 21 floor beams a wave lighting belt and a large illuminated pillar. The 21 strong beams, set in pairs on the two sides, represented the 21 members, while a 700-meter long walkway contained 300 of PR's PR-5000 Beam along each side to make a ‘wave’ effect to complement the riding motion of a ship filled with actors. The large pillar represented the spirit of homogenisation and mutual cooperation. 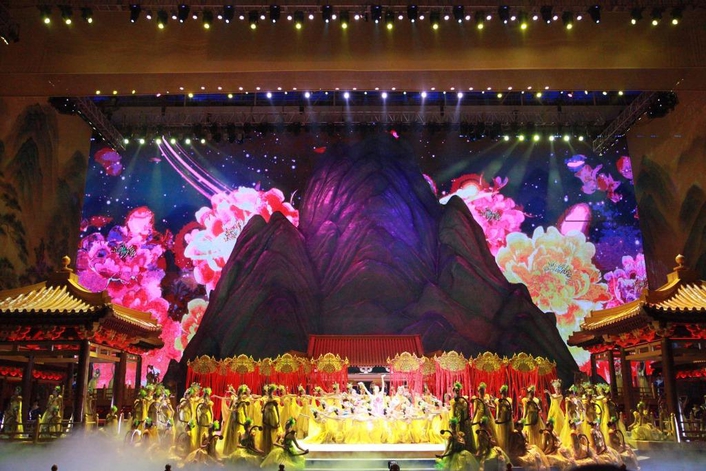 22nd APEC Conference: The performance at the banquet

The second lighting design feature (for the live performance) in front of the Bird’s Nest, with fireworks and dramatic lighting illuminating the sky at night, designed and created by well-know chief lighting designer, Sha Xiaolan and his team. Some 500 pieces of PR Lighting’s ARC LED 3216 had been assigned to create the colour changing effects on the outside of the wall, as Sha Xiaolan maintained his confidence in the performance of PR Lighting products.

The third element of the installation was located on the stage of the Water Cube, which is where the banquet took place. According to lighting designer, Liu Wenhao, and the programmer, Ms. Ou Yang Hong, their equipment list comprised 260 spot and framing moving heads, 140 Beam lights, 160 LED effects, as well as some stage follow spots, a full laser, four lighting consoles, and eight network controllers. Among them, they chose the PR-5000 series including 16 PR-5000 Framing lights and 84 PR-5000 Spots. Installed overhead, they were programmed to project highly creative effects onto the centre of the stage.

Liu Wenhao and Ou Yang Hong presented the banquet gala very differently than on previous occasions. On the one hand it required the stage to show the huge and high profile effect of large scale events as seen in mega stadiums and plazas. On the other side, it portrayed the more delicate touch of a theatre production. 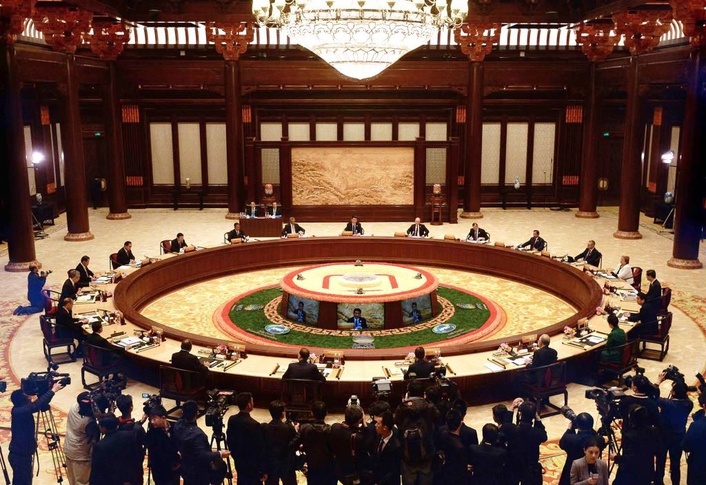 22nd APEC Conference at the Water Cube in Beijing

Since the Water Cube is the National Aquatics Center rather than a stadium or theatre — and was never set up to host a performance — the stage design presented a stringent challenge. However, it certainly achieved a high artistic standard and achieved its objectives in style.