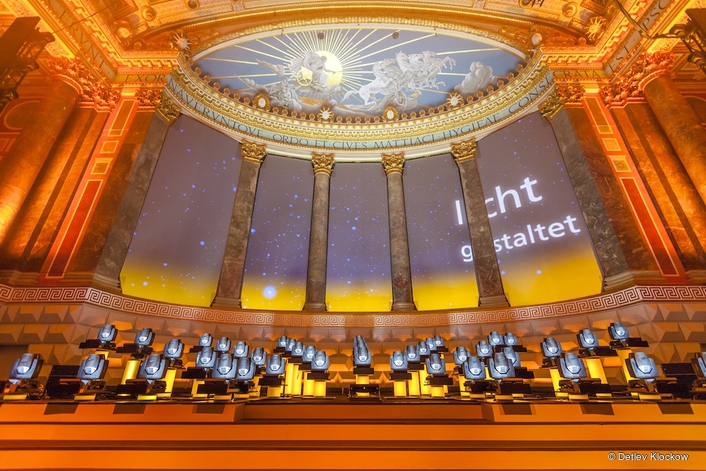 Award for production of the Fraunhofer Annual Meeting in 2015

The Opus - German Stage Award is one of the most prestigious awards in theatre and stage production and will be presented this year to Björn Hermann who is active internationally as a lighting designer. He receives the award for the production of the Fraunhofer Annual Meeting in 2015 which featured the especially creative use of moving light as a focus for the performance on stage. The award ceremony takes place on 7 April 2016 at Prolight + Sound, the international trade fair of technologies and services for entertainment, integrated systems and creation. This was the first time leading figures from the sector had the possibility to submit projects directly to the expert jury.

Fraunhofer Annual Conference 2015
For its annual conference 2015 in Wiesbaden the Fraunhofer Society initiated a project to stage a show around the motto of 'lighting creates', with the intention of picking up on UNESCO's 'Year of Light'. The production concept revolved around an unusual basic idea. Instead of the main part being played by actors or musicians, 61 programmed moving lights took centre stage – partly as conducted orchestra, partly as individual performers. The concept demanded a completely new approach in terms of communication, lighting design and technology. Each movement of the lamps, each beam of light was accorded its own sound design – this was accompanied by a video design projected onto the original wall of the Wiesbaden Kurhaus. This video design was developed especially in-house and generated the illusion of interacting with the beams of light. Working with Design Office Onliveline GmbH, Björn Hermann developed a complex storyboard that brought together the separate elements through complicated and extremely precise conceptual and programming work. The project took more than one year to prepare.

The performance took place on 9 June 2015 and brought to life the history of the Fraunhofer Society, which has its origins in the analysis of light and the discovery of the Fraunhofer lines. The Fraunhofer Annual Meeting of 2015 became a widely acknowledged success across the sector and won several awards in the field of event communication.

Björn Hermann
Born in Hanau, Hermann is a lighting designer with over 20 years' experience in the event sector. He works both in Germany and internationally for events embracing industry, music, arts and culture in addition to operas and vaudeville performances. In the course of his career he has worked with many distinguished artists and customers and is a member of the phase7 performing arts collective. Furthermore, he was one of the founder members of bright! preproductions and associate member of Visual Art, the office for lighting design. He has lived in Berlin since 2010 as freelance lighting artist. Hermann uses cutting edge technologies such as 3D visualisations and real time simulations to bring his ideas to life. Some of the productions in which he has been involved include amongst others the closing ceremony for the European City of Culture 2008 (Stavanger/Norway), the opening ceremony for the European City of Culture 2014 (Umeå/Sweden) together with the public festivals to celebrate '25 years since the fall of the wall' (2014/Berlin) and the 25th ‘anniversary of German reunification’ (2015/Frankfurt am Main). In addition, he developed the lighting architecture for the 3D audio opera 'Neither'. 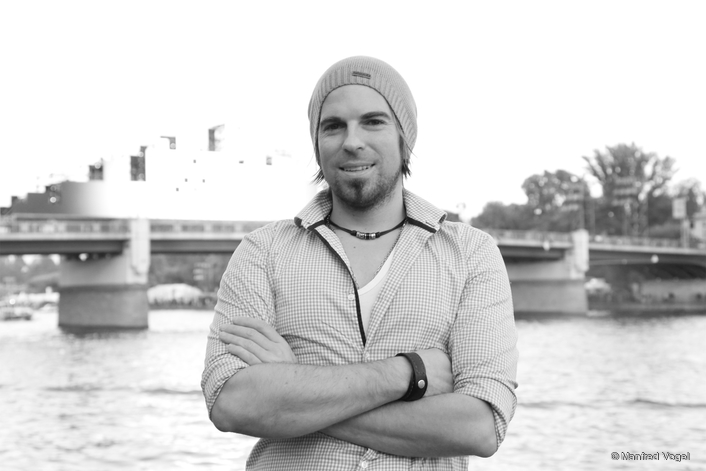 Opus – German Stage Award
The Opus – German Stage Award – has been given for outstanding achievements in the fields of theatre and stage productions, live events and open-air events since 2002. A jury of experts from the industry, associations and trade publications, as well as representatives of Messe Frankfurt, honours new, exceptional approaches to the creative use of technology. The honorary award is sponsored by the Professional Lighting & Sound Association of Germany (Verband für Licht-, Ton- und Veranstaltungstechnik - VPLT), the European Association of Event Centres (Europäischer Verband der Veranstaltungs-Centren - EVVC) and Messe Frankfurt GmbH. 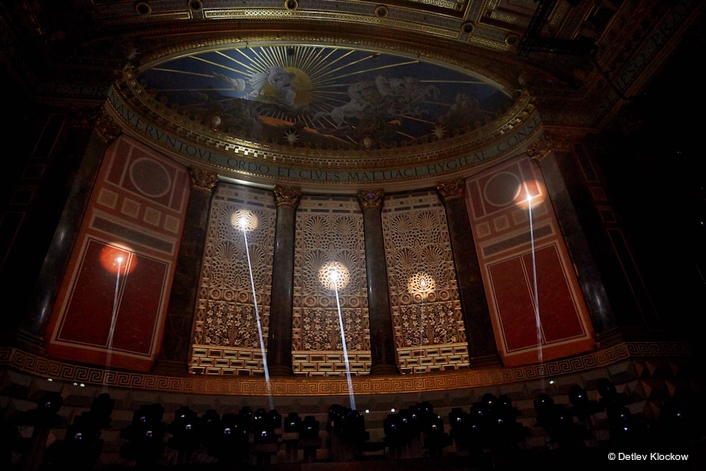 Opus – German Stage Award – has been presented during Prolight + Sound in Frankfurt am Main since its inception. The presentation ceremony for the Opus – German Stage Award – will be held together with the presentations of the Sinus – Systems Integrations Award, the Musikmesse International Press Award (MIPA) and the Prolight + Sound Press Award (PIPA) in ‘Saal Europa’, Hall 4.0, at 18.30 hrs on 7 April 2016. These presentation ceremonies are part of a gala evening at the fair, an important meeting place for the sector.

Background information on Messe Frankfurt
Messe Frankfurt is one of the world’s leading trade fair organisers, generating around €645* million in sales and employing 2,297* people. The Messe Frankfurt Group has a global network of 29 subsidiaries and 57 international Sales Partners, allowing it to serve its customers on location in more than 160 countries. Messe Frankfurt events take place at more than 40 locations around the globe. In 2015, Messe Frankfurt organised 132* trade fairs, of which more than half took place outside Germany.
Comprising an area of 592,127 square metres, Messe Frankfurt’s exhibition grounds are home to ten exhibition halls. The company also operates two congress centres. The historic Festhalle, one of the most popular venues in Germany, plays host to events of all kinds. Messe Frankfurt is publicly owned, with the City of Frankfurt holding 60 percent and the State of Hesse 40 percent.