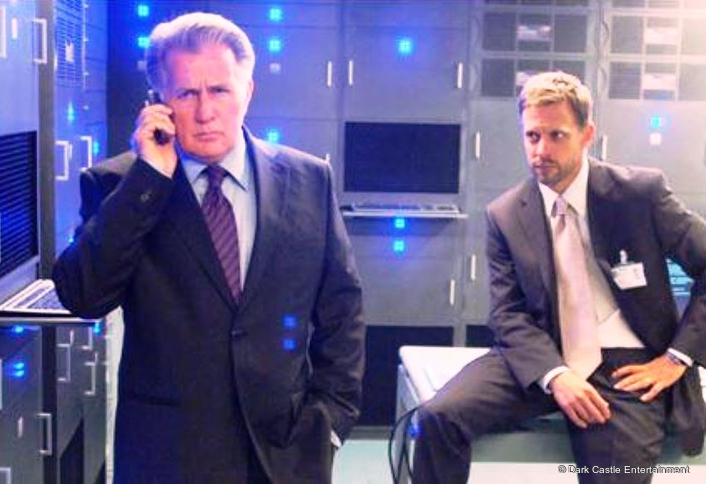 They’re scrounging through all the information that just happens to pass their way to find something of interest, something useful.

Okay, they’re a little different because they don’t sell the information to the highest bidder. They store the stuff for later when they can figure out what to do with it.

Yes, they do have a broader area to search; but then, they aren’t in it just for the money.

For that matter, they aren’t doing much more than every government in every country is doing.

In London, it’s estimated that Brits are captured on photos and video 300 times a day by cameras mounted throughout the city. Their intelligence service even got so creative as to monitor dumpsters, but that came to an end.

It wasn’t because citizens promised to do a better job of recycling; someone just determined it was a really dumb idea.

Oh heck face it all of the governmental “legal” agencies are there to catch the bad guys/gals and keep you on the straight-and-narrow. 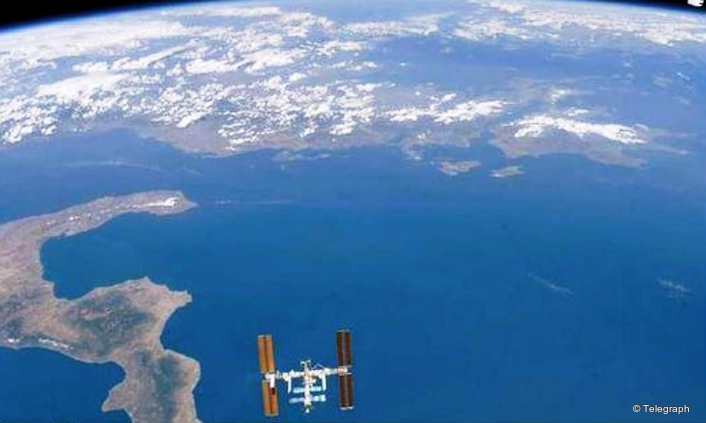 Weather Plus – Thousands of satellites circle the globe constantly to check the weather and other things like the volumes of communications that are being constantly sent by people through service providers and sites. They help minimize malware infection and other problems. The automated systems and their managers just hate it when you encrypt the files/communications.

If you think the U.S.’s anti-terrorism laws give agencies like the NSA too much freedom to search online files … think again.

In today’s environment, all of these protection organizations occasionally get carried away with their work.

It isn’t hard for them to repeat what Max Peterson said, “Relax, I'm a professional.”

On the other hand, it isn’t as though people make it very difficult for them. 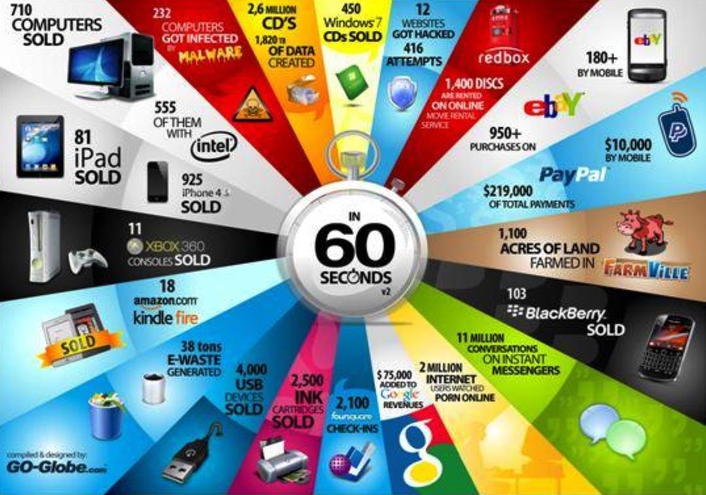 iNet Minute – People love how online services enable them to communicate with folks around the world and, more importantly, talk about themselves on a growing number of social media sites.  The web has become such a popular means of expression that it has become a fire hose of documents, data, information.

True, I’m really not that into your hourly Facebook posts/Likes/dislikes, daily Linked professional conquests, minute-by-minute Tweets or any of the other free-to-express-yourself social media activities that are available to all of us.

Divorce lawyers love it when the guy (or gal) brags about his/her “outside activity.”

In other words, some folks just can’t express themselves enough!

That’s what got agent Grant fired when he posted on his boss’ Facebook page, “I'm impressed. I always thought you were a little stupid.” 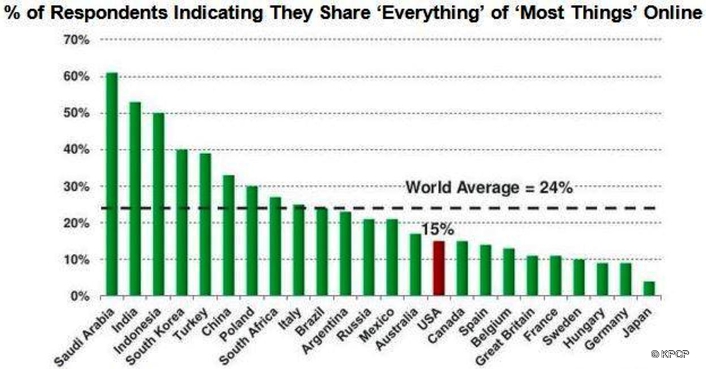 Share, Share Alike – Pre-teens, teens and Gen Yers who grew up on the iNet/web simply feel that sharing most or all of their information is just practical and logical. The open communications has spread to almost every generation and nationality.

It’s interesting that a number of social media research reports have found that a large number of people felt that what they posted on social media sites or put up in the soft, puffy cloud wasn’t admissible in court and couldn’t be used against them.

Actually, the NSA and security folks don’t grab all of that stuff out of the clouds.

No, they go to where all that information rests – the data centers where it’s stored.

Knock on the door and … 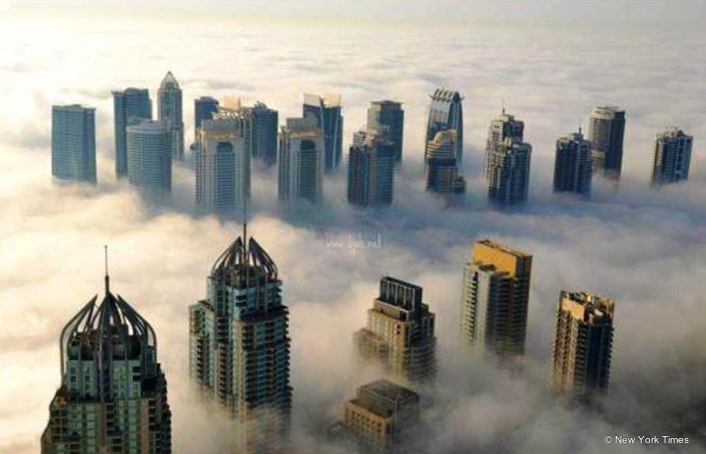 Storage in the Cloud – While people always refer to storing their stuff in the cloud, they need to also understand that the cloud storage facility is a real building. These silos of documents, information, images/photos are where social media services and other organizations store and mine all of the best possible data.

All those data centers poke into the cloud but are firmly planted on the ground around the globe.

They won’t tell you exactly where the cloud storage facility is located, but it doesn’t take a rocket scientist to find them.

Just look for places where there is ample, cheap power and favorable taxes and BAM!

The really big data centers need huge amounts of power to run the servers/storage and keep them cool.

All of the shared information creates a terrific strain on the computers, SSDs and hard drives to store and share your stuff.

None of that was something the NSA had expected or knew how to deal with. 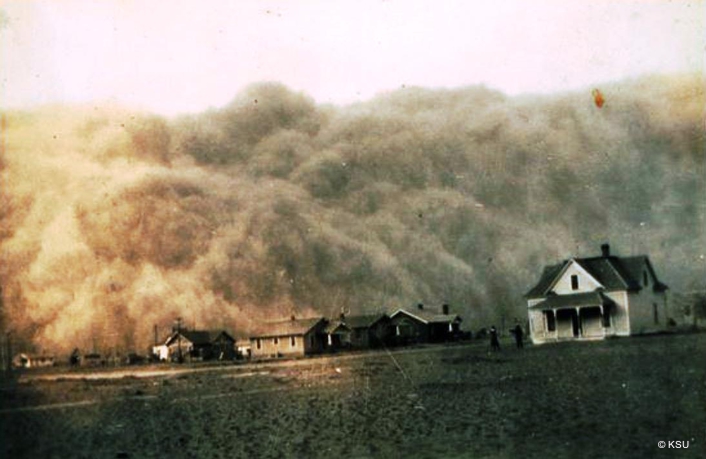 Overblown -  Like a tidal wave of dust sweeping across the plains, the NSA receives more information, more content, more stuff than any person, any machine could sift through and scrutinize. The best thing they can do is stream it to hard drives and store them deep in a mountain until they have a free moment. Until then, they glance at less than .00004 percent of the world’s iNet traffic.

Right now, they store the stuff on HDs and ship them to a mountain cave until they can figure out what to do with the stuff they might use … some day.

So what they really need is a better name, a better mission statement.

The new name? National Storage Agency (won’t have to change the initials on their coffee cups).

Then pitch themselves as the country’s corporate and personal storage service and add a service that will have people standing in line around the block  – free, automatic backup of your devices/drives.

Most folks don’t backup their drives until it’s too late. Their new free service will automate/handle the job for you.

They could say they are only following Max Peterson’s guidance, “Oh yes, just in case.”

Then, they can contract with the social media and online storage companies to hold all the stuff for you … and them.

The NSA is no longer an electronic spying operation. And the cloud companies that do the best job of storing, finding, retrieving information about you will give them huge government contracts.

All they have to do is remember what Max Peterson told them, “This is your BIOS-level password. Without it, nothing works in this room.”

Oh heck, put it on a Post-It on your monitor like everyone else!