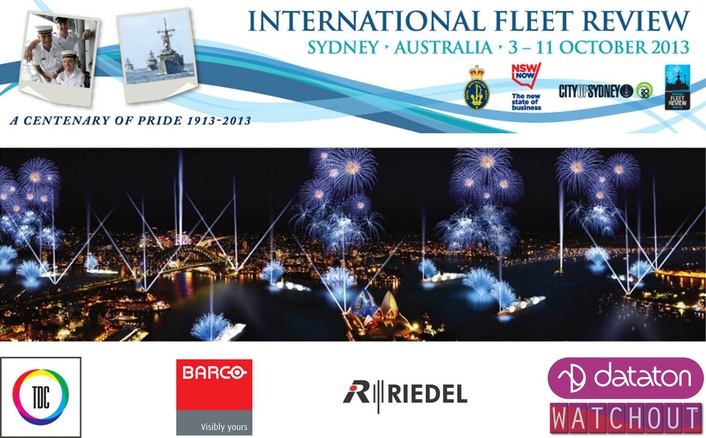 Australia was celebrating the first entry of the national Australian fleet into Sydney Harbour one hundred years ago and re-telling the story for The Royal Australian Navy's International Fleet Review. Imagination Australia was the Creative team and Producer of the event, who engaged Technical Direction Company (TDC) as their video technology partner.

An evening spectacular involved video projection that was combined with stunning fireworks launched from seven warships. There was lighting from 28 land andship locations plus live action on board ships culminating in an aerial fly past from the Royal Australian Air Force that was enjoyed by the millions lining the foreshore.

"The spectacular was created in seven acts, from introducing Australia's original fleet, through 100 proud years of service to Australia, current capabilities, a moment of reflection for the fallen and a finale to rival Sydney's New Year's Eve,” said Heath Campanaro, Project Director at Imagination Australia. “The show was a once in a lifetime project and will go down in history as one of the most inspiring, moving pieces of creativity at this kind of scale."

We make it happen
Digital video projection onto both sides of the Sydney Opera House and Sydney Harbour Bridge pylons was a first. To create such a visual spectacular, TDC worked for months of planning and testing with Imagination Australia to design and realise the brightest projection ever delivered.

TDC deployed a total of 56 Barco projectors including models FLM-HD20, HDF-W26 and HDQ-2K40 that were positioned at great distances and angles, including projection towers located up to 700 metres away from across Sydney Harbour. It was vital to that the projection was visible from all sides of the Harbour - which had not been done before. 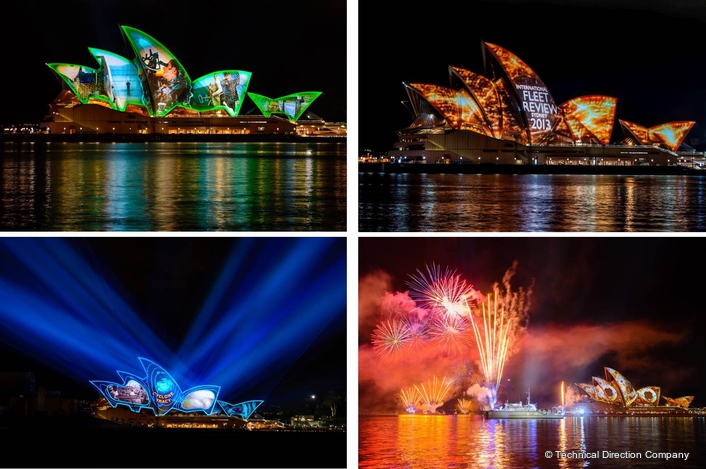 "The project took months of planning and days of painstaking projector alignment and positioning to get every pixel lined up and just right across various projectors,” enthused Olin Winton, Technical Manager at TDC.

"Rarely does a project of this epic scale take place in Australia. Our team of projection experts did a great job and we're veryproud of what we've delivered," said Michael Hassett, MD at TDC.