Historic BandAid30 Projections onto British Parliament is a First! 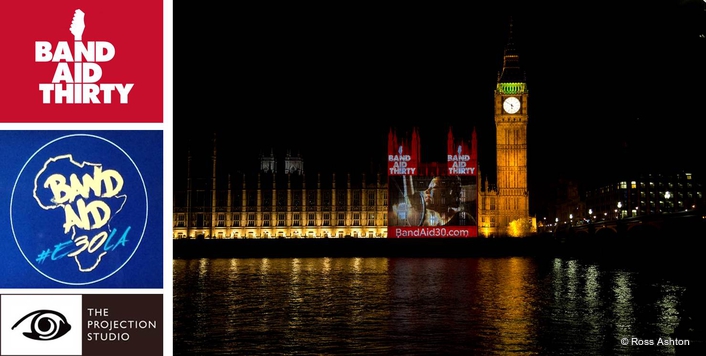 .
With just 24 hours notice, London based large format projection specialists, The Projection Studio (TPS) delivered a full projection design to enable a giant image of the BandAid30 music video to be projected onto the Houses of Parliament in Westminster.

It was the first time a full motion video has been projected onto this landmark building.

The song is helping to raise funds and awareness in BandAid30’s ongoing fight against Ebola.

TPS’s Creative Director Ross Ashton received the call on Friday afternoon from Des Shaw at event production company Ten Alps, who had received final clearance from Bob Geldof, on all the permissions to make the high-profile event happen on the Sunday evening in front of the world’s press.

Says Ross Ashton, “We were called at 13.30 on Friday, and by 13.00 on Saturday we had started the install. Naturally I was thrilled to be involved. Making it happen required some incredible teamwork to turn around in the timeframe. It was fantastic to be working with others who have such positive attitudes for such a worthwhile cause. Delivering the event successfully in these circumstances all goes to prove what a “can-do” mentality can achieve.” 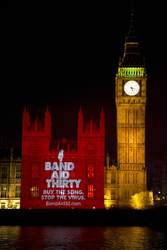 Des Shaw of Ten Alps said, “It was great to work with Ross and his team at The Projection Studio, who once again provided an excellent outcome to a complicated brief – achieved in a very short time frame.”

Ashton created a series of ‘place holders’ in which the BandAid30 video was played.  Using the colours, logos and strap lines of the Band Aid 30 campaign, the animated backgrounds flashed up “Buy The Song. Stop The Virus” together with the BandAid30.com website details.

Ashton also coordinated sourcing the equipment from St Albans based QED, which included projectors, generators and a battery powered sound system that was rolled out onto Westminster Bridge to allow the public to hear the accompanying soundtrack.

The 65 metre high by 32 metre wide portrait format picture was projected 250m across the River Thames by eight Christie 21K projectors positioned opposite the House of Commons in the grounds of St. Thomas’s Hospital.

The video was stored on a Christie Spyder hard drive system and played back via a laptop running PlaybackPro software.

The fascia of the Palace of Westminster at the east end of the building that provided the surface for the projection is the official residence of John Bercow, Speaker of the House of Commons. He gave his permission for the event to take place on late Friday afternoon after being approached by Band Aid’s Sir Bob Geldof. 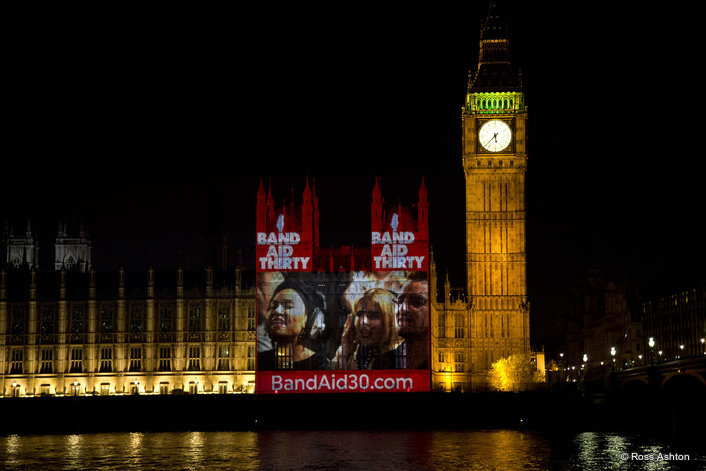 John Bercow said, "I think it looks fabulous, it has literally lit up the speaker's House and made my day", adding that, as a nation, "we can all do more to fight Ebola".

According to the official Charts Company, the Band Aid 30 song, “Do They Know Its Christmas (2014)” has already become the year's fastest-selling single reaching more than 312,000 downloads in its first week last month.

The projection event was designed to help boost sales, which will in turn generate more aid to counteract the devastating Ebola crisis in west Africa. 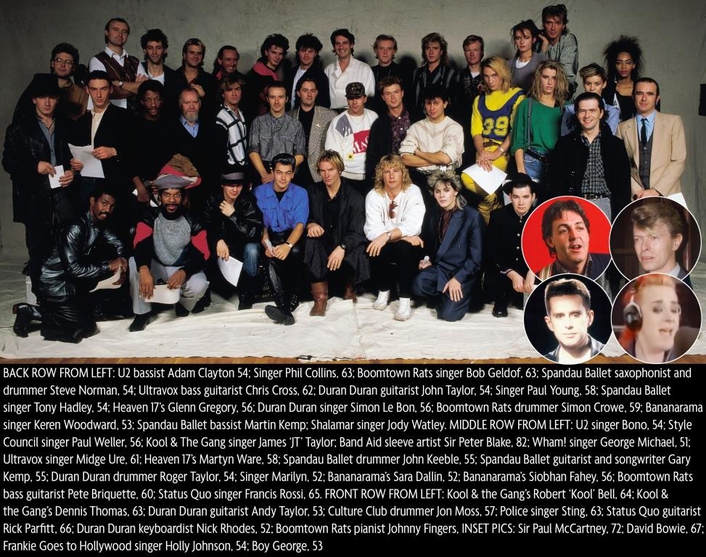 The Projection Studio was the first company ever to legitimately project onto the Houses of Parliament – a project running throughout the London 2012 Olympics and Paralympics.