Finest EV Sound for the Day of German Unity 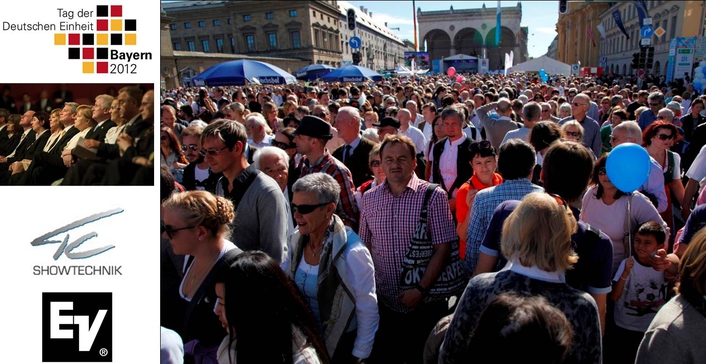 An open-air event in Munich’s Odeonsplatz featured live music
Beneath the banner “Let’s celebrate together in the free state of Bavaria,” a giant open-air party to mark the Day of German Unity was thrown in Munich’s city centre on October 2nd and 3rd. Over 400,000 revellers accepted the invitation, thronging the area between the Siegestor, Ludwigstrasse and Odeonsplatz in bright sunlight.

The highlight of the celebrations was an ecumenical service in the Jesuit church of St Michael featuring addresses by the President of the Federal Republic of Germany, Joachim Gauck, and its Chancellor, Angela Merkel, as well as the Minister President of Bavaria, Horst Seehofer. The mix was sweetened by the attractive programme of entertainment on offer in the Odeonsplatz.

The sound production for the stage in Odeonsplatz was the responsibility of the Weilheim-based company TC Showtechnik. The team led by managing director Martin Schulze (sound), Bernhard Gandorfer (stage) and Michael Hahn (system) relied for this high-calibre event upon an extensive sound reinforcement system from Electro-Voice. 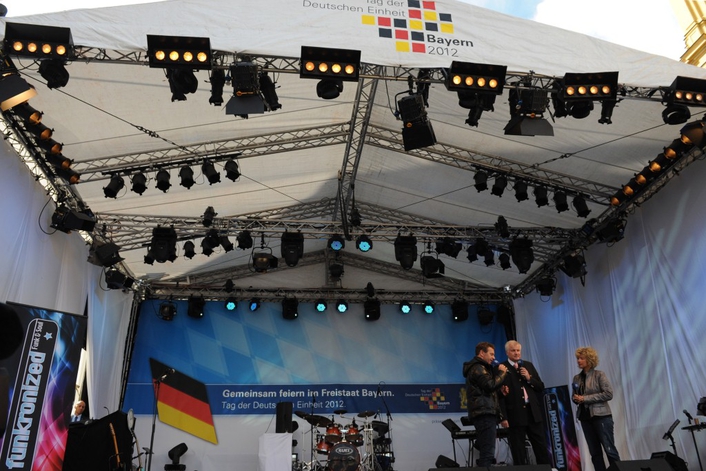 The centrepiece of the installation was the main PA, an Electro-Voice XLC line array comprising two hangs of eight XLC 127DVX elements each. Six XLE 181 systems from the XLVC series were used to provide front fill. To ensure powerful performance in the low-frequency range, the TCS team opted for three Xsubs per side as well as six Xsubs in the centre. As side fills, four PX1122 (tops) and XCS312 (subs) were deployed on each wing. The foldback to the performers on stage was provided by twelve PX1152M monitors. Eight CP3000S and four TG7 amplifiers provided the requisite power, while three N8000 and two Dx46 controllers governed the entire installation. The system was controlled via IRIS-Net software with FIR-Drive. This allowed every individual signal to be controlled and supervised easily. In combination with the loudspeaker presets, such a configuration makes it possible to tune and adjust the system to the acoustics of any given venue in no time at all. It was a configuration that also proved its worth by not only reproducing the various speeches with great clarity but also by the power and transparency with which it reinforced the live musical performance of well-known Bavarian singer Claudia Koreck and her band.

“We were given the commission for basically two reasons,” explains Martin Schulze: “Firstly, we were recommended by other media partners involved in the production, and secondly because we already had considerable experience of handling festivals on very tight schedules. Here we were able to enhance our reputation further.” In fact, blessed by the weather, the entire event ran like clockwork – to the delight not only of the organizers but also of the TC Showtechnik team. “The stage was professionally equipped and all the systems functioned impeccably. In short: a stress-free day with no complications or difficulties.” 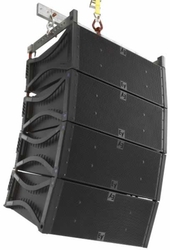