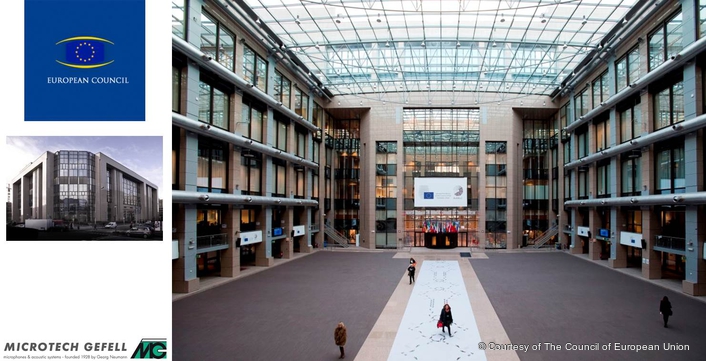 Furthermore the microphones will be used for bilateral meetings in the Mr. President's salon and in different rooms for press conferences.

The European Council in Brussels used the KEM 975 at the induction of the new President of the Council, Nov. 2014
Two KEM 975 were used at the induction of the new EU Council President, Donald Tusk. Normally the line-array microphone is positioned vertically in front of the lectern. This positioning allows freedom of movement for the speaker while, at the same time, rejecting unwanted noise or reflections from the table surface of the lectern. 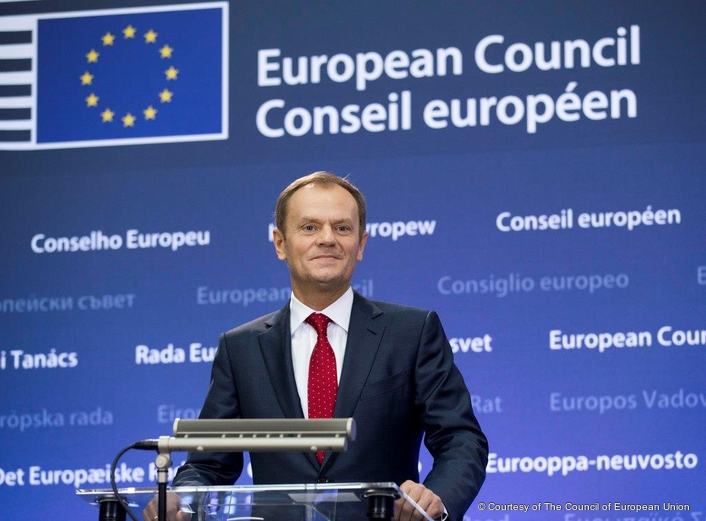 In some cases it is useful to turn the microphone by 90° to the horizontal position.It is positioned like this in the state parliament in Düsseldorf. In addition to two KEM 975 positioned normally on the speaker’s lectern, they also use a PEM 975 (horizontally mounted version of the KEM 975) on the desk of the President of the State parliament.

Desk Plane Microphone PEM 975
The PEM 975 offers a high quality sound for a speaker both sitting and standing,as well as easily coping with speakers of different heights. In addition, it can reject the sound of public address loudspeakers positioned to the sides, or allow the President to speak quietly to someone sitting next to him without being overheard.

This effect was used at the induction ceremony in Brussels, though with the normal version of the line-array microphone turned on its side.