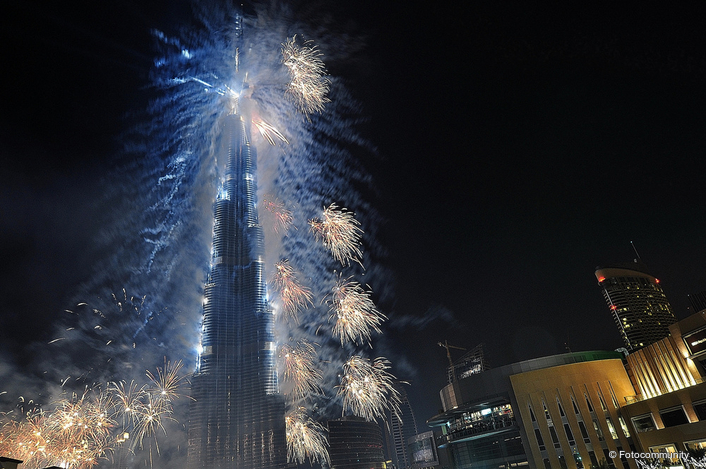 Opening of Burj Khalifa
Following a recent upgrade of two of their D-Cam 'Clip-on' Wireless Camera Systems to HD, Dubai Media International used them up on level 154 for the official opening of the Burj Khalifa by the Ruler of Dubai,Sheikh Mohamed.

At over 800 metres (2625 feet) and around 300 metres (!) taller than its nearest rival, the Burj Khalifa is the World's tallest building - roughly twice as high as the Empire State Building. It cost $1.5 Billion to build and forms the centrepiece of the $20 Billion 'Downtown Dubai' development.

The tower also lays claim to the highest occupied floor, the tallest service lift, and the world's highest observation deck - on the 124th floor. Ultimately, levels 152 - 154 will be the Chairman's office. Above this, floors 157-160 have been allocated to broadcasters and telecoms companies for the installation of communications and ancillary equipment.