DiGiCo and Fortyeight.tv Win at the European Elections 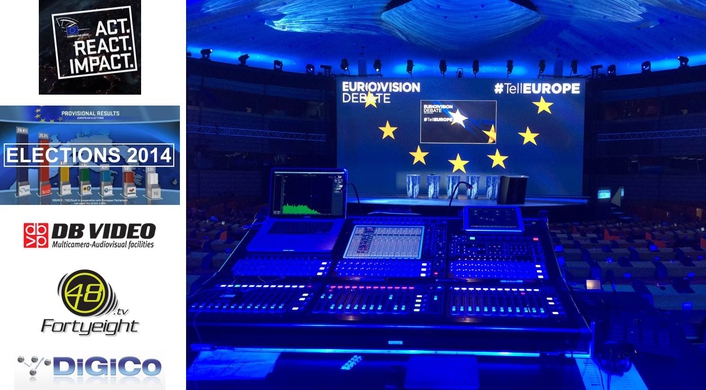 There are a number of sets within the Parliament that are used for interviews and other broadcast requirements
The elections to the European Parliament in mid-May inevitably attracted a huge amount of news coverage from across the continent. Much of the attention was focused on the European Parliament building in Brussels, where a pair of DiGiCo SD10 consoles kept the world’s media up to date.

The European Parliament itself commissions all of its broadcast facilities, these are then used to relay feeds to broadcasters; in this case the many who were covering the elections.

“The Parliament’s sound engineer, Oliver Martin, wanted the same team for the audio systems who worked on the last election, in 2009,” says Laurent Fortier, CEO of PA company Fortyeight.tv. “In ’09, we worked with Patrick Vancauwenbergh who designed the PA system. Naturally, we continued to work together."

“We talked to DB Video, the Parliament’s AV systems integrator, about which mixing consoles to use. DiGiCo consoles are already used at the Parliament and are also used by DB Video for other projects, so it was logical for everyone concerned to carry on with them for the elections.”

He continues, “The sonic quality of the desk is naturally very important. For the broadcast feeds it’s vital to have one of the best brands on the market. Another hugely positive factor was the ability to use Optocore - which is amazing - with DiGiCo desks. Its ability to take multiple signals without any issues makes it ideal for us.”

A pair of DiGiCo SD10s were set up in the chamber of the European Parliament building, one to mix Front of House sound for a PA system set up for political debates being staged in the chamber, the other to manage the broadcast feeds.

“There are a number of sets within the Parliament that are used for interviews and other broadcast requirements. Each one provided a feed to the broadcast console. Together with outputs from the FOH desk, these were mixed and supplied to all the broadcasters who needed them,” says Laurent.

The two SD10s were complemented by a trio of SD-Racks. An interface connected to the SD10s’ MADI ports also provided AES/EBU I/O. 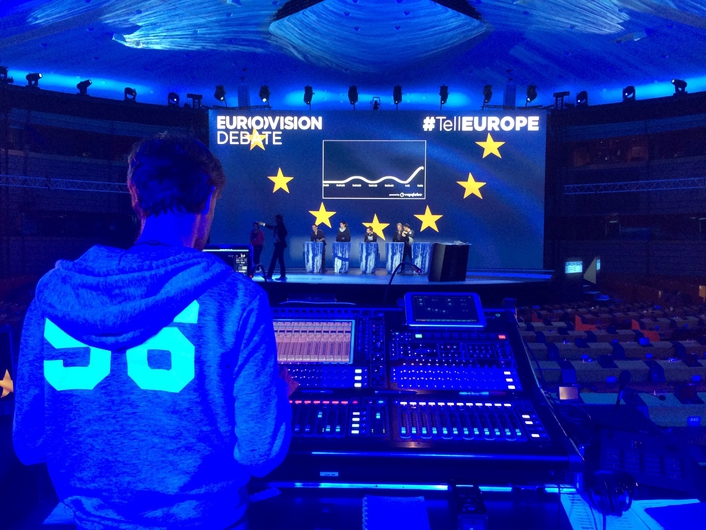 “Despite the fact that the broadcast console was full on the input side, the setup was straightforward, thanks to the SD10’s ease of use and offline preparation. We started at 3pm and were finished by 5pm,” says Laurent. “The customer didn’t know beforehand if we were going to use headset, tie or desk microphones, so we had to make some adjustments, but the user-friendliness and quick access of the SD10 meant I could give them the right set up in plenty of time.”

During the event, the system was overseen by Fortyeight TV’s Francois Wilmet. Given the rapidly changing nature of live election broadcasting, everything was mixed live.

“We had no idea beforehand who would be being interviewed and how the political discussions would pan out, so everything had to be mixed live,” Laurent continues. “The SD10s handled it perfectly.

“We have been using DiGiCo consoles for six years at fortyeight.tv and the quality of the products is what keeps us working with them. Every year we have more possibilities; with this kind of product you can do a job this year and in three years do a bigger job because the desk is more powerful, thanks to the software updates.”