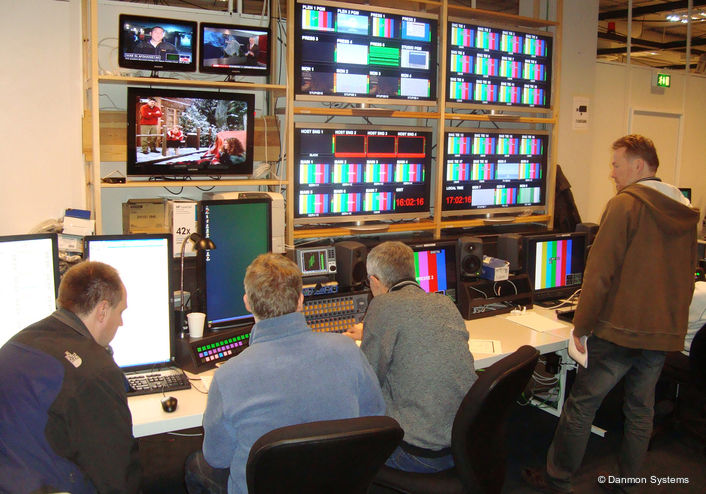 The 15th meeting of the United Nations Framework Convention on Climate Change (UNFCCC) is being held in Copenhagen at the Bella Center from December 7 to 18. Founded in 1992, the annual conferences, known as the 'Conferences of the Parties' (COP), provide a forum for discussion and assessment of progress in dealing with worldwide climate change and the next step after the Kyoto Protocol. Attendees this year will include US President Obama as well as senior politicians and officials from 192 countries. Representatives from many other worldwide NGO organisations will also be present.

To provide the COP15 TV/radio media infrastructure and management, the Danish Ministry of Foreign Affairs awarded the Host Broadcaster Contract to a three-way partnership group, consisting of TV 2|DANMARK, Danmon Systems Group and East Productions. The duties of the Host Broadcaster are to support live television and radio production and feeds during the UN Climate Change Conference 2009 including construction and maintenance of an International Broadcasting Centre (IBC) for journalists and media staff of the television and radio broadcasters. A media city with 160 workspaces for broadcasters has been built, each of which has the facilities needed to receive live video and audio from the two plenary rooms and from five press-conference rooms. Recordings of the proceedings, format conversion, a full TV-studio, many stand-up positions, wireless cameras, radio cabins, editing facilities and satellite uplinks/downlinks have been provided for booking as well as a rental shop offering equipment, service and support.