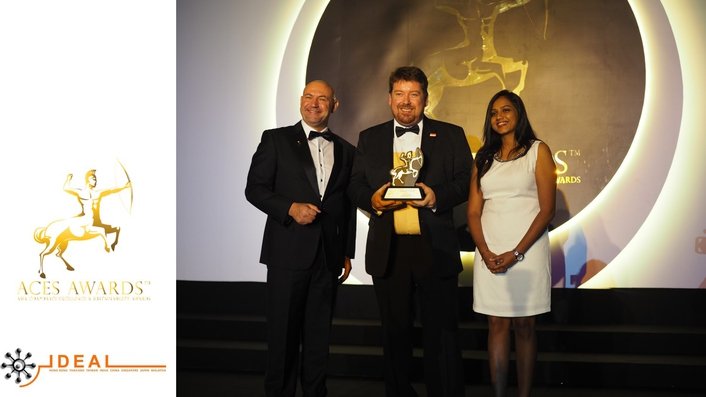 The third annual Asia Corporate Excellence & Sustainability Awards (ACES) was held at Shangri-La, Singapore on 17th November. The ACES Awards is organised by MORS Group, which champions revolutionary leadership and sustainability in companies operating in the Asian region. The function was graced by Founder of Kaden Boriss and Chairman of ACES Awards, Mr. Hemant K Batra who was also on hand to present the Awards to their proud recipients.

In attendance were representatives from 44 corporations who voluntarily submitted to a management process audit in order to be eligible to contest in one of seven categories of Awards. This voluntary self-nomination is one of the most compelling points of the ACES as it is fueled by a company's desire to see how it stacks up against others on a similar playing field.

"This year's pool of aspirants showed a marked increase in numbers, which is testament to the greater emphasis corporations are placing on leadership, sustainability, corporate social responsibility, eco consciousness and community care. As it is the purpose of ACES Awards to share, I hope their stories signals hope in a fast-moving world full of big challenges and inspire us to concentrate our gaze on the exciting track ahead", said Shanggari Balakrishnan, chief executive of MORS Group.

The Entrepreneur of the Year award was bestowed on Morganfields' founder and Chief Executive Officer, the dentist turned entrepreneur, Dr. Jeffrey Goh Sim Ik. Imelda Sundoro, the founder of Indonesia's Sun Motor Group was named Woman Entrepreneur of the Year for her role in the country's automotive industry. Another Indonesian, Dr. Nico Purnomo Po of Pollux Properti Indonesia was named Young Entrepreneur of the Year, for his vision of inspiring better living through quality developments. Double victory of the night was for Air Asia Berhad - Aireen Omar and Randstad Singapore Pte Ltd - Michael Smith, winning in the Eminent Leaders in Asia and Industry Champion of the Year category. 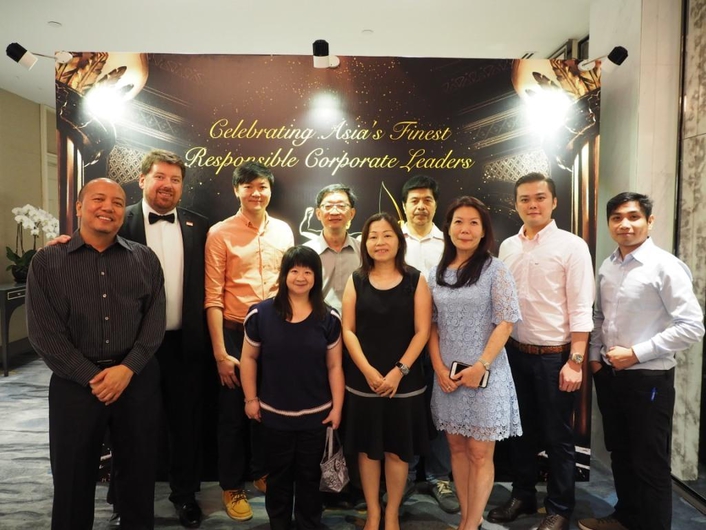 "This year's Awards in Corporate Excellence and Sustainability are highlighted by organisations that have strived to integrate innovative approaches to sustainable business into their operations. The winners have been able to show us the key ingredients towards building meaningful sustainability practices that not just improve their business but enhance their relationships and truly make an impact in their communities," Dr. Jayanthi Desan, lead jury of ACES Awards commented.