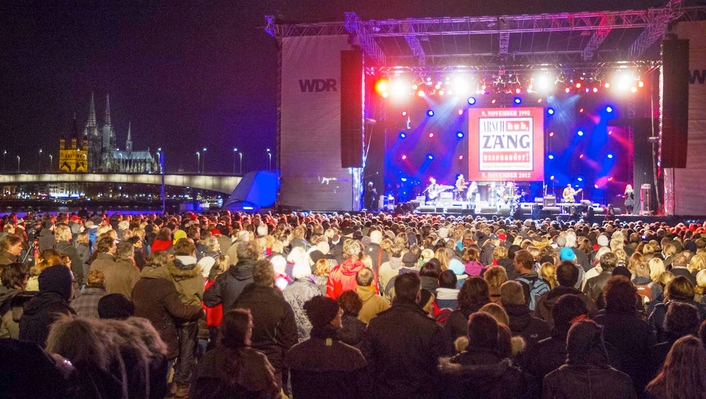 Sirius Showequipment AG provided a JBL VTX line array system for the Arsch Huh music festival in Cologne, Germany.
The recent Arsch Huh music festival in Cologne, Germany was one of the largest of the year, with 85,000 people enjoying performances by more than 25 bands including BAP, Bläck Fööss, Brings, Tommy Engel and other notable German artists. The concert, organized in 1992 to stand against racism, celebrated its 20th anniversary with spectacular sound courtesy of Sirius Showequipment AG and an audio system featuring HARMAN’s JBL VTX Series line arrays.

“We were one of Europe’s first users of the JBL VTX Series and knew from previous experience that they are remarkably clear and powerful, especially for their size and they would be ideal for this big outdoor festival event,” said Wolfgang “Schabbach” Neumann of Sirius. For the main PA the company deployed two left and right towers with 15 VTX V25 fullsize line array elements and eight S28 subwoofers per side. In addition, several delay towers were set up, with the main (first delay line) towers each containing seven V25 line array elements. 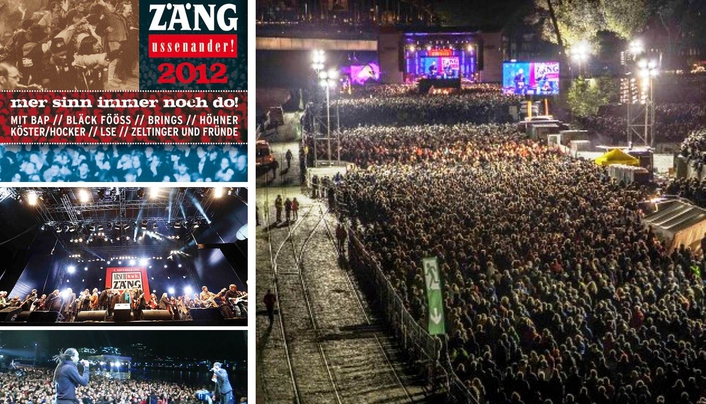 The speakers were driven by 30 Crown I-Tech 12000 HD amplifiers, and Neumann and his crew used HARMAN’s JBL HiQnet Performance Manager™ software to set up and tune the system.

“We had more than 25 bands and artists going on and off the stage and a number of different front of house engineers using this VTX-based system for the very first time,” Neumann said. “Some of them performed only two or three songs. As a result there was not much time to get the sound right for each act. We also had the added pressure of knowing that the entire 5 1/2-hour show was being broadcast live on German television.”

“However, using the new JBL VTX Series is easily explained,” Neumann continued. “You switch it on, you power up your desk, you push the faders up and the sound is already there, sounding really great right from the start.”

In addition, Neumann noted that the Crown I-Tech 12000 HD amplifier is an ideal match for VTX. “It’s the most powerful amp on the planet,” Neumann said. “We’ve experimented with other amplifiers including 4-channel models but I would say that 2-channel amplifiers, especially the I-Tech 12000 HD, have more power when you push the masters to ’11.’ It also helps that the VTX Series and Crown amps work hand in hand with Performance Manager, which works very well and is easy to operate.”

“Achim Schnall, front of house mixer for headliner BAP told me it was ‘an easy to mix on system,’ and our front of house ‘babysitter’ engineer Daniel Schindler told me that for him the system was ‘unbelievably powerful and easy to operate,’” Neumann added. “Without a doubt, the JBL VTX Series are the most efficient and best-sounding loudspeakers we have ever had in our inventory.”