ACTA MEDYA Made Its Mark On Presidential Handover Ceremony

Recep Tayyip Erdoğan sworn in as Turkey’s 12th President on Aug. 28, after 12 years of prime ministry, further strengthening his position as the most powerful leader of the country. Erdoğan read the presidential oath before the Turkish Parliament before taking his seat from Abdullah Gül, in a splendid handover ceremony with the participation of leaders from more than 90 countries.

The ceremony was broadcast live during the day by TRT and ACTA Medya made its mark on the 7 hours live broadcast that was produced with helicopter and motorcycles.

Recep Tayyip Erdogan’s 25 kilometers journey from his house in Keçiören to Cankaya Mansion was broadcast inch by inch. ACTA Medya produced the transmission all along the convoy with a team of 40 members, 2 motorcycle cameras and 1 helicopter camera. 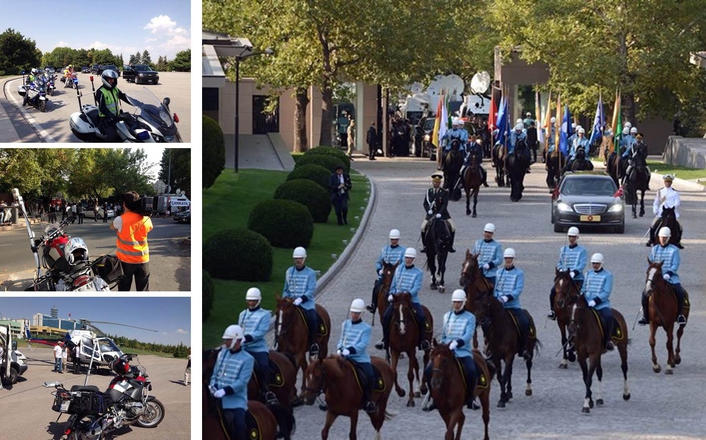 The signal was transferred via transfer stations that were set up on TRT building and Dikmen hill. The production got the thumps up by the audience and TRT management. The live signal of TRT was broadcast by Turkish TV Channels, as well as international TV channels and news agencies. The risks in the signals were minimized by means of the coordination with the other 3 helicopters that provided security of the convoy. The RF transmission that was produced by a purely Turkish team for the first time in Turkey got full marks from the authorities.

The long convoy of President Erdoğan and his wife, Emine Erdoğan, arrived at the Çankaya Palace in a nearly 20-minutes long drive which was greeted by the people along the route. Carrying Turkish flags and shouting slogans in favor of Erdoğan, thousands of people cheered over the new president. “Çankaya is much more beautiful with you,” read a placard while Erdoğan’s convoy entered into the presidential compound.

Gül hands over his seat to Erdoğan
The dramatic handover ceremony took place at the Çankaya Palace late afternoon as 11th President Abdullah Gül and his wife, Hayrünnisa Gül, met with their successors, President Erdoğan and First Lady Emine Erdoğan. The Erdoğan couple was welcomed through the country’s highest level ceremony as the military fired a 21-gun salute in the honor of the new president. After a behind-doors meeting between Gül and Erdoğan families, the former and new presidents delivered short speeches to the crowded participants.

Following the departure of Gül’s family from the Çankaya Palace, Erdoğan hosted his foreign guests first at a reception and then at a dinner. 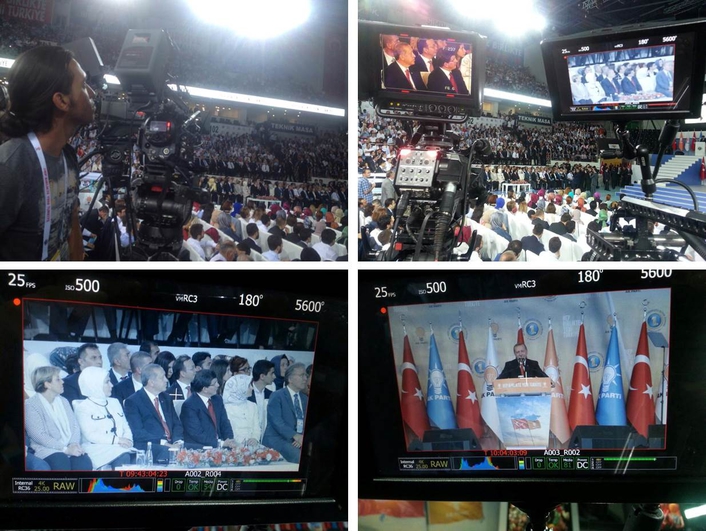 Meanwhile ACTA Medya provided special camera systems to TRT for the broadcast of extraordinary general assembly of the ruling party AKP on 28 August 2014 Thursday. The spider cam that was installed on the ceiling reflected the organization from different dimensions, one 4K and three 3D cameras were used. 4K and 3D shootings made history as the first Ultra HD and 3D recordings of Turkish President Recep Tayyip Erdogan and for the first time a news content was shot by special cameras.

ACTA Medya which has broadcast Eurasia Marathon live for the last two years, has been the host broadcaster for organizations such as World Archery Championship and International Fetih Archery Championship. Being specialized in sports broadcasting, ACTA Medya has been a top provider of football and basketball league transmissions, and in August for the first time used three special cameras; High Speed, Super Slow Motion and Skycam at once in the same match.