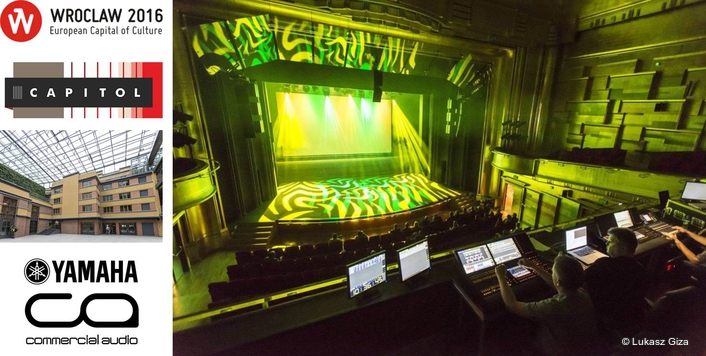 Once described by tourist guides as ‘the most beautiful cinema in Europe’, the Capitol Theatre in the Polish city of Wroclaw has led a chequered existence. But a multi-million zloti rebuild and restoration saw the venue reopen in September with a whole new lease of life… and a comprehensive Yamaha audio system at its heart.

Originally constructed in 1929, the Expressionist building was partially destroyed during the Second World War. The damaged parts were rebuilt by Poland’s post-war Communist regime in the angular architectural style of the time and, from 1955, it became one of Poland’s best loved theatres. But disaster struck again in 1997, when further major damage was inflicted by flooding. 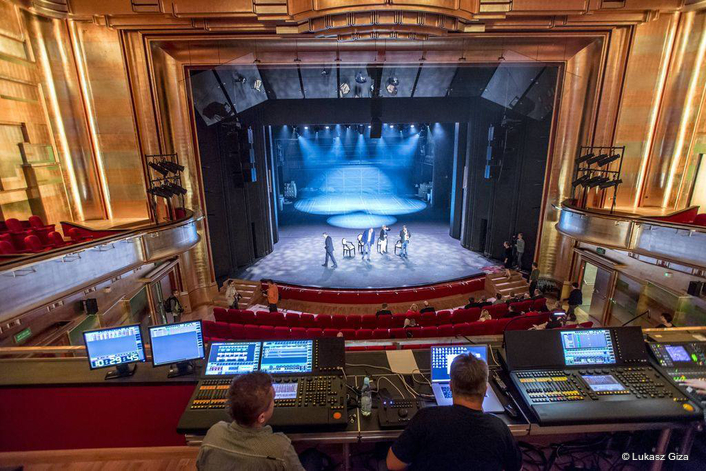 Thanks to a major EU grant, the venue has just reopened after a two year, PLN83m refurbishment, which sees pre-war, post-war and brand new architecture cleverly harmonised together. A state-of-the-art technical infrastructure delivers thoroughly 21st century performance, with Yamaha equipment chosen for the audio system.

The extensive restoration sees the venue now feature main and secondary auditoriums, four rehearsal rooms and a recording studio all connected by a Dante audio network.

The rehearsal rooms are each equipped with an LS9-16 digital console, fitted with an MY16-AUD, and one R-series i/o unit, while the recording studio has a DM2000 digital console, six MY16-AUD sand a computer running Steinberg Nuendo 6 software. 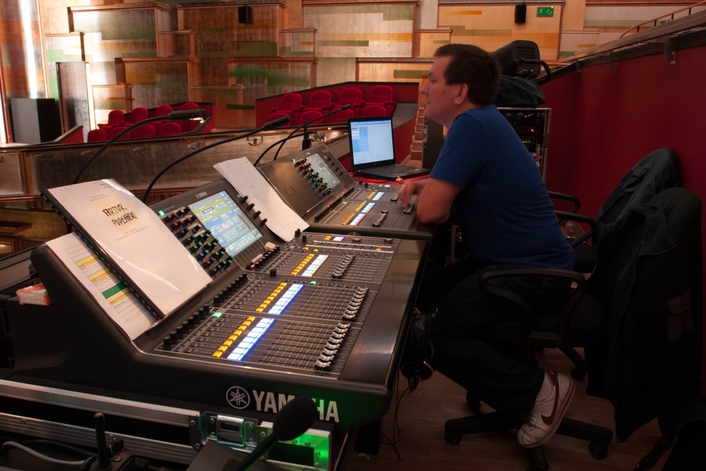 “The theatre started using Yamaha equipment when the 02R console was introduced and subsequently used DM2000s,” says Pawel Zachanowicz, Application Engineer for Yamaha Music Europe. “The technical staff know Yamaha equipment very well and they trust its stability and reliability. In 14 years use they have never had a single problem with it.” 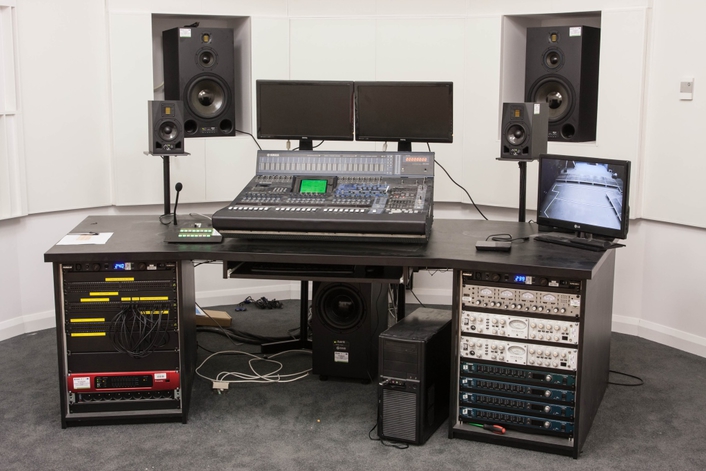 “The technical staff have the reassurance that the system will work reliably at all times, but they have also the new experience of Dante networking making complex setups very straightforward,” says Pawel. “In delivering such a flexible and high quality audio installation, we are reflecting exactly what has happened with the building itself.”