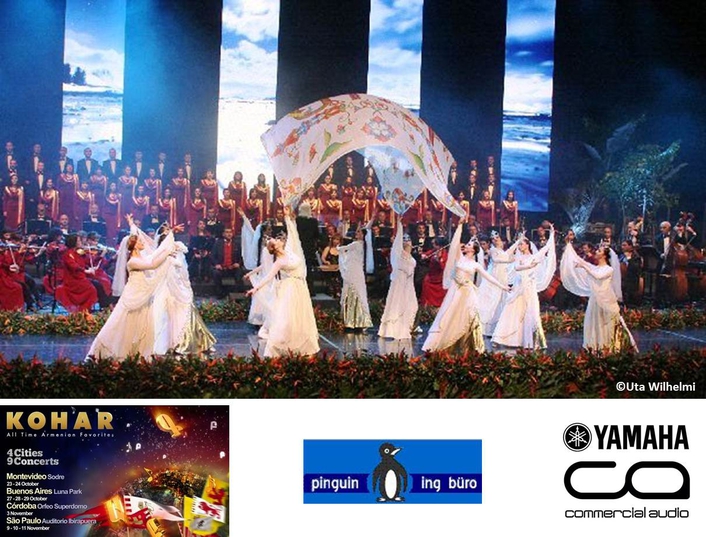 Playing nine shows in 2000-3000 seat venues in Brazil, Argentina and Uruguay
Armenian symphony orchestra and choir KOHAR has enjoyed remarkable success since it was formed 15 years ago. Performing across the world, the ensemble recently returned from a series of shows in South America, at which three Yamaha CL5 digital consoles starred.

With over 140 musicians, a choir, 12 solo singers and a dance troupe of 11 to accommodate, the shows required a flexible audio system with a large channel capacity and reliable connectivity, but which was easy to implement. Hamburg-based Pinguin Ing.Büro for Audio Production asked Arthur Koll from Yamaha Music Europe GmbH to act as the tour’s Live and Broadcast Audio Consultant, supervising the system design and deployment for the elaborate show. 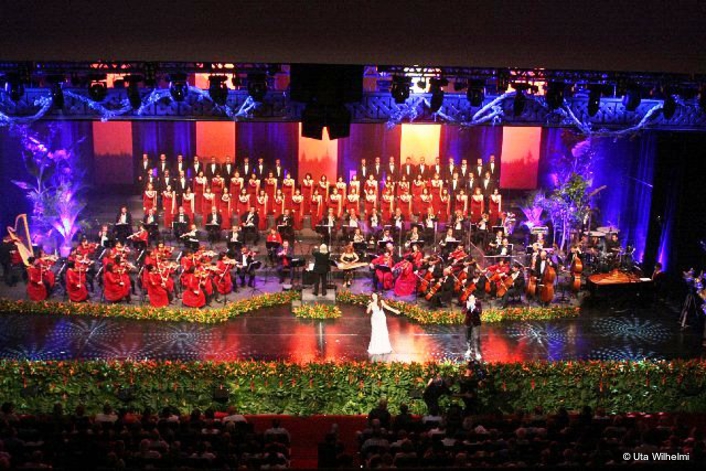 The system comprised one CL5 at the monitor position and two more at front of house - one doing submixes which were fed via Dante to the other two consoles. Thanks to their small size, six Rio3224-D i/o units were placed directly within the rhythm, brass, woodwind and choir sections - providing the shortest microphone cable runs possible. Connected in redundant mode to a set of four Teqsas Cyberteq units, the system was failsafe.

“The flexibility of the CL Series allowed me to quickly set up complex systems, which could be easily changed for each venue. It allowed myself and others in the audio production teams to get on with our ‘real’ job of making the show sound as good as possible,” says Arthur.

Playing nine shows in 2000-3000 seat venues in Brazil, Argentina and Uruguay, much of the audio infrastructure was provided by Sao Paulo-based rental company Gabisom. Just 14 CAT5e cables were required on stage between the Rio units, the CL5 on monitors and the Cyberteq units. 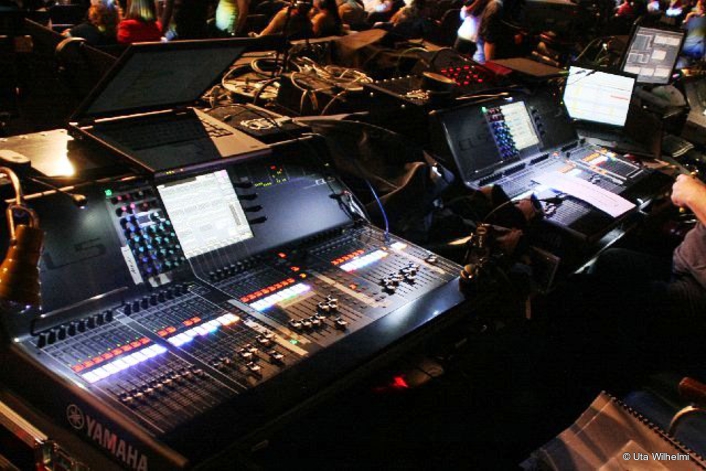 “The analogue alternative would have required three huge 80 channel analogue consoles, a large splitter rack with 160 channels split to four outputs each and hundreds of cables,” says Arthur. “The Gabisom team were very pleased with the simplicity of the setup.”

Also very happy was Ralph Kessler, owner and Head of Audio at Pinguin. “Dante Controller, along with the control built into the CL consoles, allowed us to have access to the audio patch at any point at any time. In parallel we could monitor the complete on stage wireless system via the fibre optic backbone from the FOH position, using IP based monitoring software without adding extra cables,” he says.

The final part of the system was three Apple laptops running Dante Virtual Soundcard and Steinberg Nuendo 5.5, using Nuendo’s System Link feature to record the performances for virtual soundchecking. It allowed Arthur to record 143 microphone feeds and 12 stereo submixes without a hardware-based soundcard. 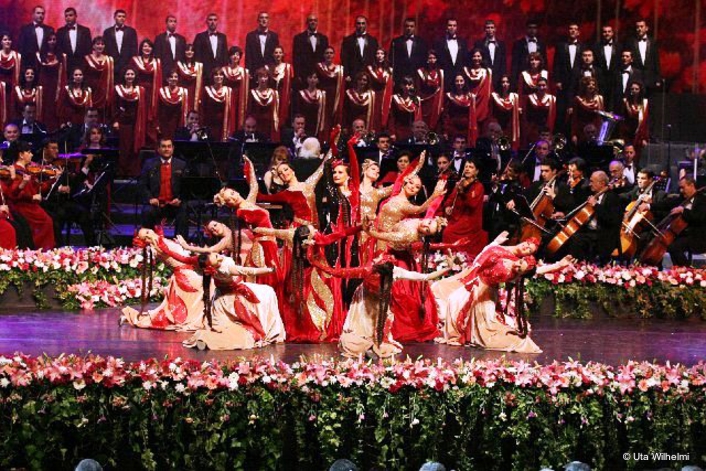 As well as saving a huge amount of time setting up each show, the use of Dante Virtual Soundcard and Nuendo was of particular benefit to the technicians broadcasting the three Buenos Aires concerts for television and live webcasts.

“Live broadcast sound is difficult because normally the first time you see the signal ‘for real’ is the time that it’s going to air. Using the virtual soundcheck multitracks, the broadcast engineers had a very accurate idea of exactly what was going to arrive when the show began,” says Arthur. 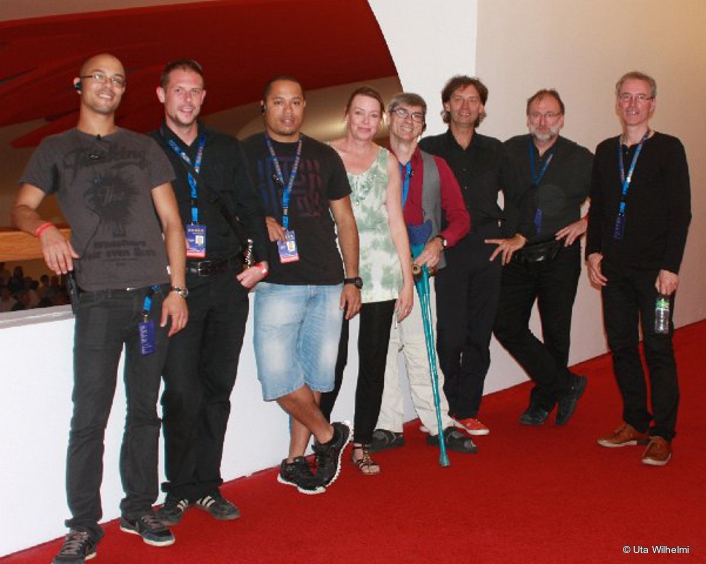 KOHAR Symphony Orchestra & Choir (frequently known as KOHAR) of Gyumri, Armenia, is the most popular orchestra in its rendition of 'All Time Armenian Favorites', with innovative and revised arrangement and orchestration, which has become the trademark name of its Armenian music and songs.
KOHAR was founded in 1997 as an independent musical and cultural institution by the Armenian culture patron, Harout Khatchadourian of Lebanon, who along with his brothers, Shahe and Nar Khatchadourian, entirely sustain the activities of KOHAR and all its concerts in tribute to their parents; in memory of their late father Aram and in Honor of their mother KOHAR.
KOHAR initially started as a symphony orchestra in 2000 under the helm of creative director and conductor Sebouh Abcarian of Cyprus, and later the KOHAR Choir was formed to complement the work of KOHAR Symphony Orchestra. Consisting of over 140 musicians 12 solo singers, and 11 dance-member ensemble, the symphony orchestra & choir quickly grew in popularity with its initial outdoor concerts on the premises of KOHAR, which attracted interest and admiration from locals and overseas.

KOHAR has been famous for its recordings of All Time Armenian Favorites DVD & CD. The DVD features a bilingual Armenian & English, multi-feature and stunning, visual and symphonic performance. It contains 46 All Time Armenian Favorites songs and dances, The stirring performance will enliven any music lover. The highlight of the DVD is the subtitled lyrics of the songs in Armenian and transliteration.
During the course of its almost 10-year existence, KOHAR has become an important cornerstone in the unique musical rendition of Armenian alphabet and culture, and bringing its share in preserving the Armenian heritage for future generations.