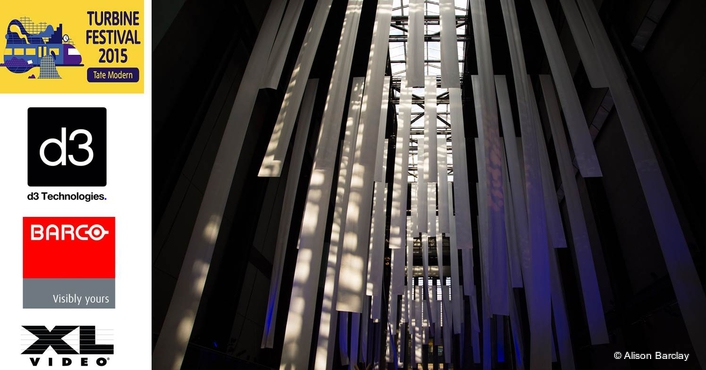 On 25 July 2015, the Tate Modern in London hosted a very special one day event in their iconic Turbine Hall. As part of the Turbine Festival 2015, video designer, Icarus Wilson-Wright, was asked to transform the Turbine Hall with a new look for the event. To support this, he asked d3 Technologies, XL Video, and Barco to assist in realising the project.

One of the most striking features of the Turbine Hall is its height – 35 metres at its tallest – and in order to create a new look for the event, Wilson-Wright aimed to change the shape of the room.

Using dozens of fire-retardant paper strips, up to 25m in length, rigged from near the hall’s glass roof light, Wilson-Wright filled the ceiling space with a combination of coloured lighting and subtle projection which changed throughout the day.

In total 10,000 metres of paper strips were used to change the look and feel of the room. Two Barco HDX units, situated at each end of the hall, were used to project on to the paper strips. 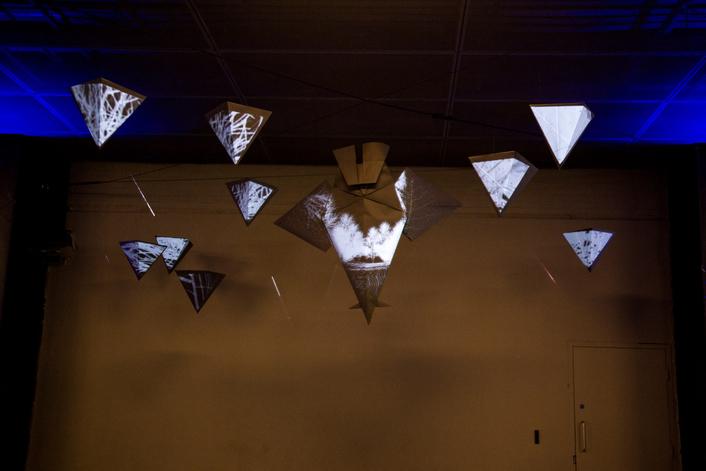 To complement the use of paper in the main hall, Icarus asked artist, Thomas Kother, to create an additional installation hung in the darker area of the hall below the central bridge.

Working in paper, Kother created an origami owl centrepiece with accompanying inverted pyramids, and mapped projection onto this was covered by a further projector from Barco.

Previsualisation, sequencing and playback of content for all of the projection was supplied via a d3 media platform from d3 Technologies.

In addition to supplying power and connectivity peripherals, XL Video supplied lenses for the Barco projectors, and two of their HDiye mini cameras which were used to capture live footage in the hall, which was then treated and projected out to the origami installation. 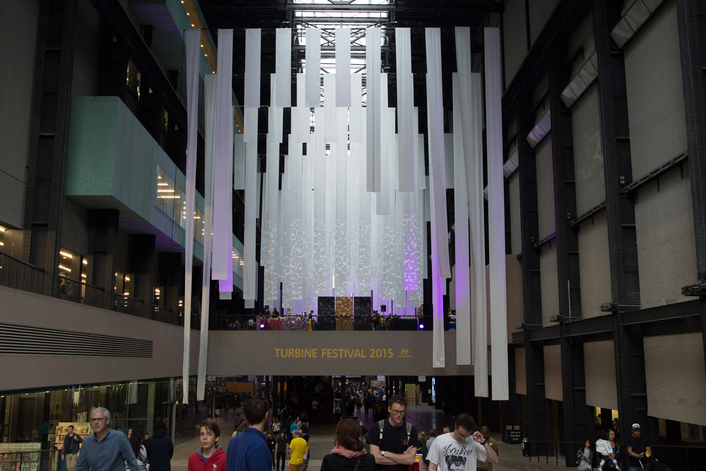 Phil Mercer, XL Video’s Head of Concert Touring commented: “We’ve worked with Icarus for many years now, so when he approached us to be involved in this exciting project, we were happy to work with Barco and d3 to ensure the installation was as impressive as possible.”