Worth the Wait: d&b at the Grand Théâtre de Québec

.
When Grand Théâtre de Québec decided to update their sound system, one thing was certain: that system was going to be the very best. This is a big theatre, two thousand seats, three balconies; it serves as venue for a wide range of shows from dance, to rock, to orchestral.

Robert Charbonneau, Head of Sound at the Grand Théâtre, assisted by Robert Caux, helped conduct over two years of testing on various loudspeaker, to ensure the new system would cover the theatre’s diverse needs. “We had very strict parameters, and wanted to make sure we saw all of our options. Different systems would come in for gain tests, vocal tests and instrumental tests; we would record the results. Then we’d move all around, so we compared the quality of the systems from every seat in the house. Being so thorough helped in the end, because now there is no doubt that the d&b audiotechnik J-Series was the right choice for our space.” 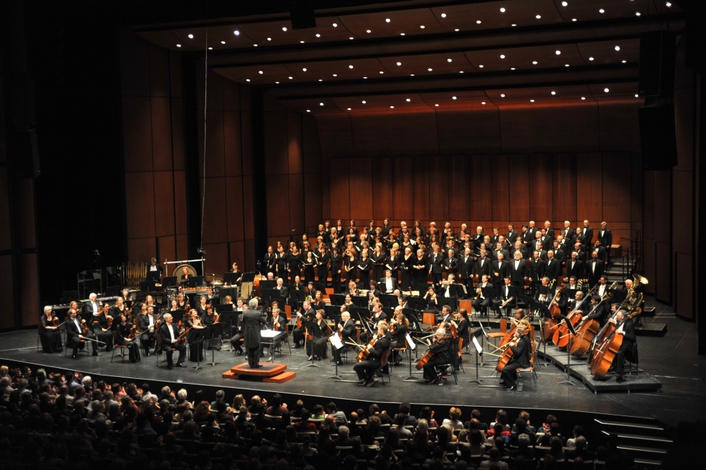 Once d&b was selected, Regional Manager Francois Corbin worked closely with the theatre to provide custom coverage and system design. “After two years of research, we had all invested in making it work. The J-Series fits well in the room, but we were also able to adjust, when needed, to address each unique challenge in the Grand Théâtre. We had a lot of support from our system manufacturers in Germany. They helped us find solutions for everything, and achieve all of our goals for this project.” The final system design was based on the d&b J-Series system for the main PA and elements of the T-Series for the fills. 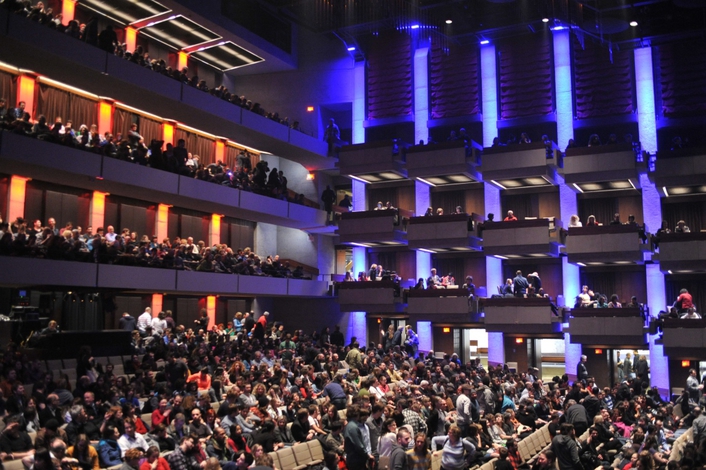 Michel Desbiens, Technical Director at Grand Théâtre de Québec, expands, “In order to keep views unobstructed in the balcony and private boxes, we were forced to position the loudspeakers in close proximity to the side walls. We needed a loudspeaker with a narrow angle of horizontal diffusion, to prevent reflections on the side walls and the sound returning to the stage. The eighty degree horizontal pattern of the J8 catered to this perfectly. The actual efficiency of a sound system is related to the usable level before feedback. Improving this aspect of the J-Series system installation gave us a bit of versatility for some tricky show setups. The natural sound of the J-Series, and its well-controlled side dispersion, made it a great solution for our needs. We are very pleased with the results and the feedback from visiting artists and sound experts.”

“The sound system was introduced December, 2011; Grand Théâtre de Québec’s fortieth anniversary,” concludes Charbonneau. “I mixed that first show, and since, every single act has used the in house sound system. Without exception, they leave impressed with the quality of d&b and the sound of our theatre. Especially after all of the energy we put into the decision, I am very proud of this project. Plus, the system can really rock!“