Wisycom Parades Down the Sambadrome for Rio Carnival 2017 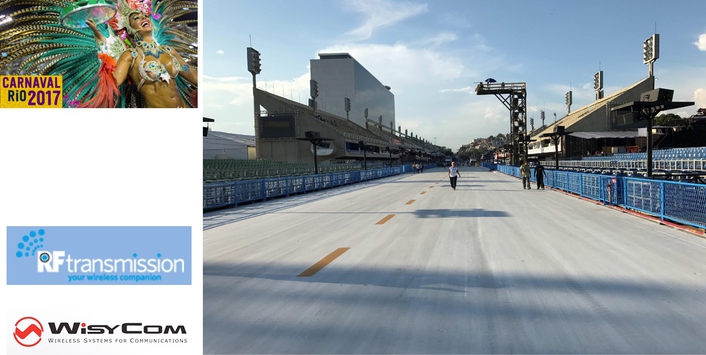 When two million people flocked to Sambadrome Marquệs de Sapucai in Rio de Janeiro, Brazil for Rio Carnival 2017, Bernard Scyeur, owner, R.F. TRANSMISSION s.a. was on site to provide interference-free audio for this year’s festival. Tasked with arranging frequency coordination and coverage for the 800-meter path of the parade, Scyeur relied on his Wisycom equipment to maintain clear, consistent audio throughout the five-day celebration.

“When I was originally contacted to provide services at Carnival 2017, I immediately knew that I wanted to use Wisycom products to get the job done,” says Scyeur.
“The original system that was used for this event was not able to compete with my Wisycom products. Once I connected my Wisycom’s with the Sennheiser microphone system, the results were amazing. I was able to cover the entire path of the festival without worry.”

The Wisycom equipment allowed Scyeur to place 16 antennas down the Sambadrome, effectively covering the diversity points for the RF-over-fiber system. When the parade moved from one point to the next, Scyeur was able to turn each point on and off, reducing RF noise considerably. 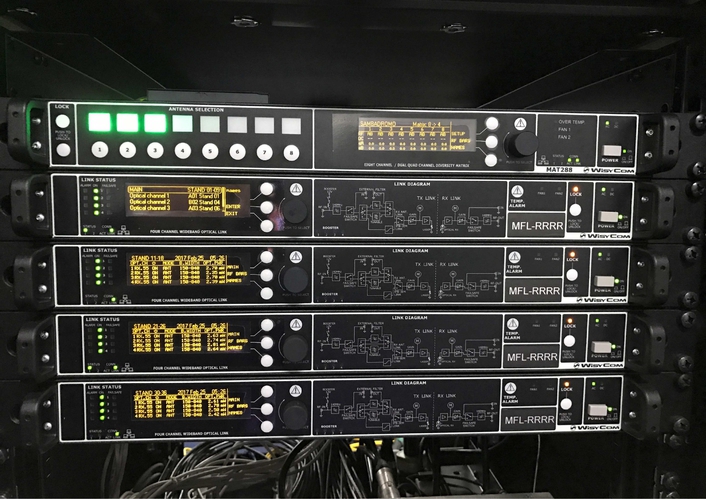 “Wisycom’s equipment is very transparent when it comes to RF noise. Its products give me the lowest noise floor in the business. With a total of 16x MFL-T and 4x MFL-R in Rio, I was able to cover the entire parade with no loss of audio and without interference from other sources. Also, Wisycom is the only company that gives me the option to control different zones from its matrix switcher. This is an invaluable feature that improves my workflow and makes my job that much easier.”

The festival brought heat and rain to the streets of Brazil, but Scyeur’s Wisycom equipment continued to perform flawlessly despite less-than-ideal conditions. “The temperature during Carnival was around 30֯C (86֯F) and one day even brought us some rain. Both the MFL and MAT288 performed without a problem. The equipment is super durable in even the harshest conditions.”

Scyeur has been working with Wisycom products for the last three years and doesn’t anticipate that changing anytime soon. “I am always very happy with the performance of my Wisycom’s products. The company provides top-notch, powerful tools that make miracles happen, even in the busiest environments. Leslie Lello and the team at Wisycom provide me with anything I need. When it comes to the future, Wisycom will continue to be my go-to company for audio transmission. The company’s products are easily upgradeable and are compatible with all major wireless systems, making them the easy choice.” 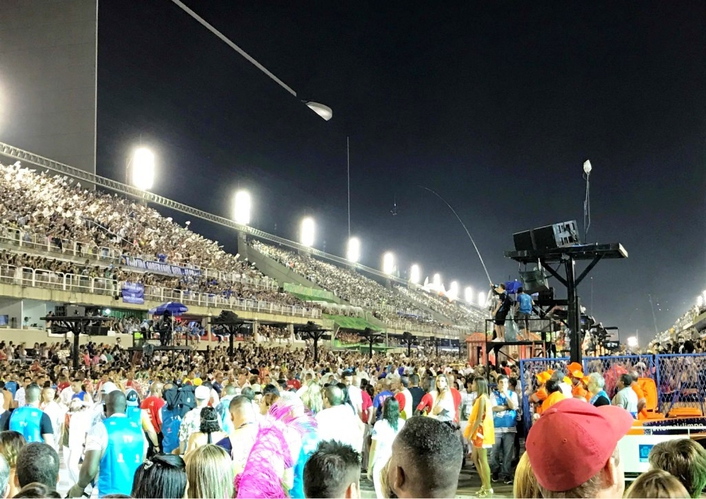