We're Hearing You Loud and Clear 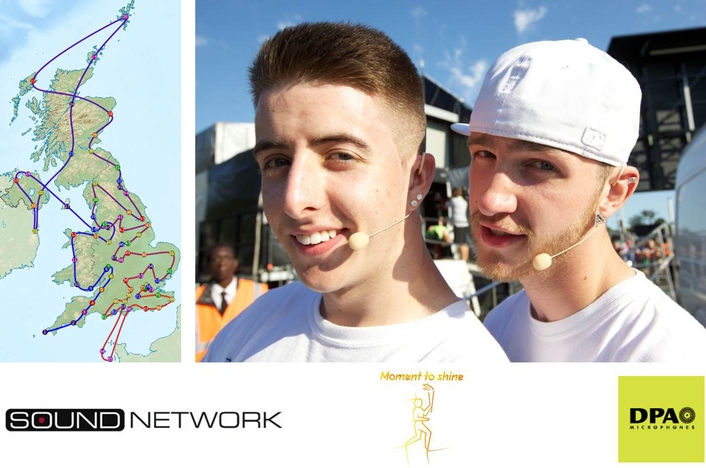 DPA’s d:fine™ Headset Microphones Bring The Excitement Of The Torch Relay To Over 1.5 Million People
As the Torch Relays made their way around the UK this summer, DPA microphones were at the heart of the festivities, providing loud and clear audio at a total of 70 evening celebrations and the daily lighting of the cauldron ceremonies.

Among the items on the extensive sound, lighting and power equipment list for the Torch Relays were DPA d:fine™ Headset Microphones, supplied by DPA’s UK distributor Sound Network. These were used at every one of the 70 locations to mic a wide range of dancers, actors, presenters and TV presenters.

“We chose DPA d:fine Headset Microphones for their discreet profile and sensitive capsules,” says sound engineer Doug Maddison, who was responsible for the on-stage sound at the evening gigs. “We specified the cardioid version to try and reduce spill and feedback from the monitors and the PA. This was important as the presenters were often standing in front of the PA to address the audience.”

Among the artists who took part in the evening celebrations were Dizzee Rascal, Labrinth, Eliza Doolittle, Friendly Fires, The Wanted, You Me At Six, Mark Ronson, Katy B, Emeli Sandé, Wretch 32 and dance troupe Twist And Pulse. A number of presenters were also involved in each leg of the relay, including former ‘Blue Peter’ presenter Andy Akinwolere. 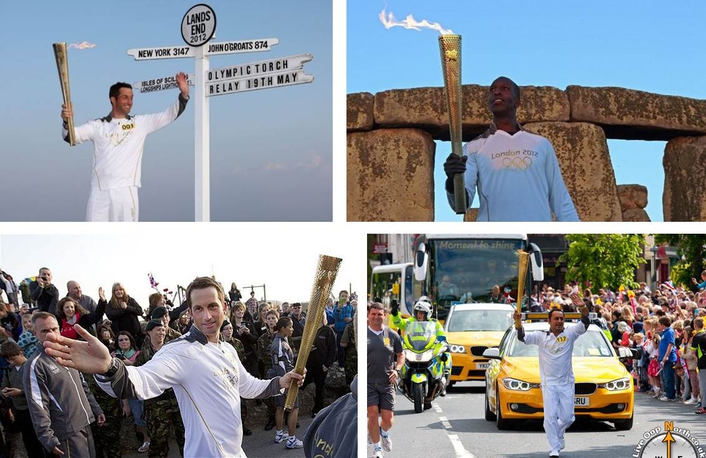 “When I heard I was doing 70 gigs in a row on monitors with multiple headset microphones, I did wonder if I was going to go mad, but thanks to DPA I was very pleasantly surprised,” Maddison adds. “The d:fine’s performed really well and required very little EQ-ing. Normally, if I am using headset microphones, I would anticipate having to do some very careful EQ-ing to achieve either a quiet but full sound or a loud but very modified sound with lots of missing frequencies. However, on the first day of using the d:fines, I found that it was possible to use the same output wedge EQ that I used for a band with dynamic microphones, without having to do much EQ-ing on the d:fine input. The result was impressively loud and clear.”

Doug Maddison says his experience of fitting the d:fine Headset Microphones to artists, performers and presenters was also very positive.

“They were very comfortable for the performers and incredibly easy to fit – to the extent that some artists could actually mic themselves up. Even the dancers doing breakdancing and acrobatics had no trouble keeping the d:fine’s in place.”

Over 1.5 million people saw the Torch Relay evening celebrations, some of which took place in seriously adverse weather conditions.

“We were outside for 70 days and for about 36 of those it rained non-stop,” Maddison adds. “The d:fines were used every day and regularly got soaked. As one would expect this occasionally had an impact on high frequencies, but once we’d dried the microphones out in a box of silica gel their performance quickly returned to normal.”

One thing Maddison did discover is that, compared to previous microphones he has used, the cardioid version of the DPA d:fine proved very effective in high winds.

“Overall we were really delighted with their performance,” he says. “They looked great, they sounded great and all I can say is thank you, DPA, for making it all so easy.”

Olympic Games 2012 in London - A Review
London 2012 Olympic Flame is Lit in Greece
The Olympic Torch on its ...ay to the Olympic Stadium