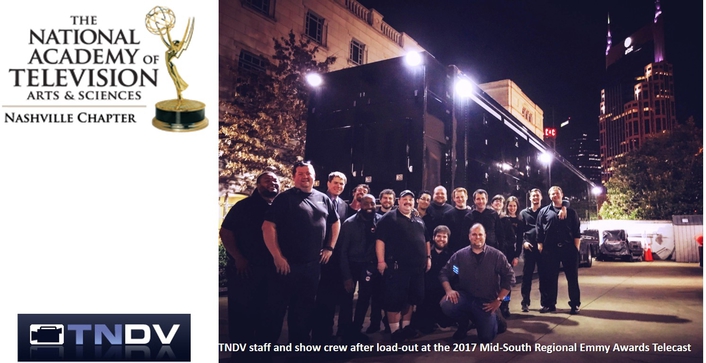 Continuing to garner accolades for its mobile production excellence, TNDV: Television has once again been honored with multiple Midsouth Regional Emmy Awards by the Nashville/Midsouth Chapter of The National Academy of Television Arts and Sciences.

12 projects produced using TNDV facilities were nominated in seven categories, including two of the three nominated pieces in each of the Audio and Lighting categories.

TNDV owner Nic Dugger was this year’s recipient of the Emmy for Director/Program for his work on Skyville Live. “We have a long history of earning Emmys for Technical Achievement and Special Event Live, but receiving the award for Directing was a very pleasant surprise,” said Dugger. “It’s a tremendous honor, as I was nominated alongside some very good friends who are outstanding directors.”

Nashville-based TNDV specializes in remote facilities of all sizes, including their fleet of eight HD and 4K production trucks, and six fly-packs for multi-camera acquisition.

In addition to receiving multiple awards this year, TNDV was also the facilities provider for the regional telecast itself. Their flagship double-expanding side truck Exclamation served as the primary production truck for the nine-camera live event, while their Ku uplink truck Constellation provided HD uplink for the show. Dugger has been personally involved with the live telecast for 20 years, starting as an intern with the Chapter in 1996. 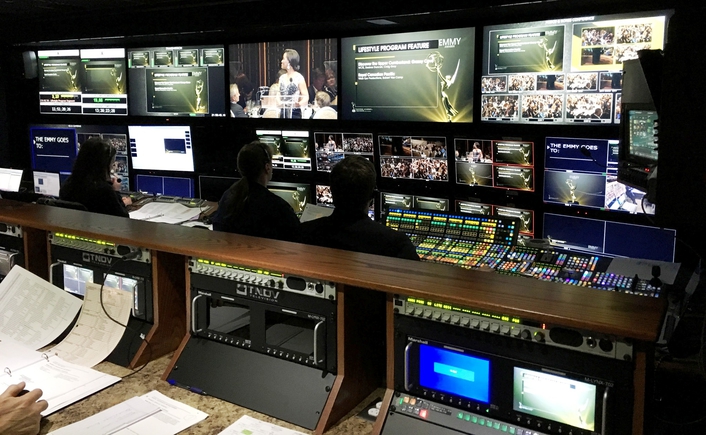 “I can’t think of a better way to celebrate the industry we love than by producing the telecast that honors our peers,” said Dugger. “The NATAS organization exists to recognize the many outstanding disciplines in our industry, and of course we feel very strongly about each and every one of them. We’re proud to work on the telecasts and to have been selected as award recipients ourselves.”

ABOUT TNDV: Television
Formed in 2004, TNDV: Television represents the culmination of over 22 years of broadcast and live production for Nic Dugger, owner and president; and his staff of full time engineers. TNDV produces events from small single-camera productions all the way up to multi-million dollar international TV events, and takes pride in building custom solutions for challenging productions of any size, in any situation.  Recent projects include the live 4K broadcast of the CMA Awards 50th Red Carpet, the National Christmas Tree Lighting with President Obama in Washington DC, and the multi-Emmy winning Bluegrass Underground televised nationally on PBS.