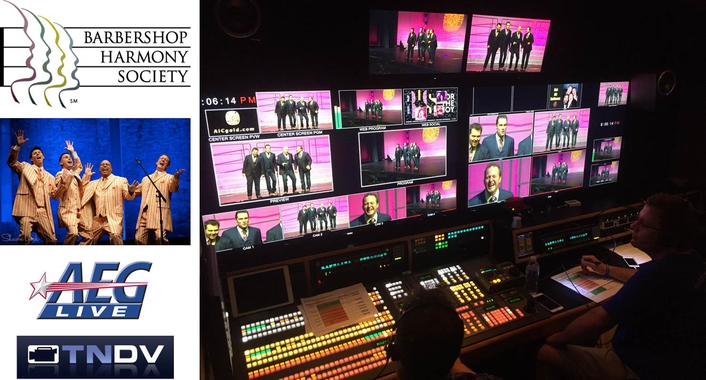 This month, as it has for the past decade, mobile production specialist TNDV provided on-site broadcast production for in-house projection and Web streaming feeds for the 2015 annual International Collegiate Barbershop Quartet Contest, hosted by the Barbershop Harmony Society. This year’s competition, which took place Saturday, July 4 at the Consol Energy Center in Pittsburgh, was webcast live on the society’s website for viewers worldwide, and projected live in the arena for fans, competitors and judges in attendance.

TNDV has provided its mobile trucks to the Barbershop Harmony Society since 2005 starting with its first truck, Origination, which remains in operation today. TNDV has since covered the international competition in 10 different cities across North America, using its 40-foot Aspiration expanding side truck; and its portable flypack production systems for live webcasts.

This year, TNDV brought its newest, 40-foot Elevation truck to the site. The webcast was produced by Scott Wetley of Media Suite (based in Bloomingdale, IL), working in conjunction with the TNDV crew. 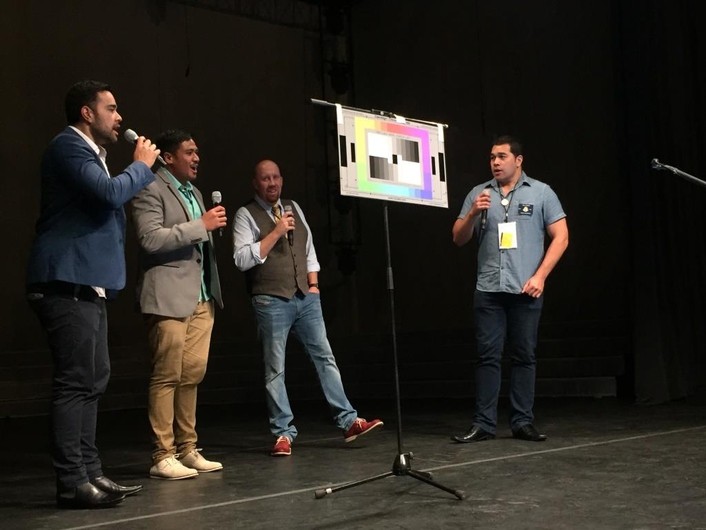 “After all of the years that I have worked with TNDV, I have come to really respect what the team does and how professional they are,” said Jim McClellan, Director of Production for AEG LIVE Events, the company that produces all of the technical aspects of the competition. “Frankly, I couldn’t think of any other production company I’d rather have there. As always, everyone involved with the competition was very happy with the results. We’re looking forward to working with TNDV next year.”

For this year’s competition, Elevation’s video infrastructure was supported with four strategically located Hitachi SK-HD1000 HD cameras and an on-board Soundcraft VI-3000 audio console. The latter was critical, as the competition was held in a large cavernous venue that posed a variety of acoustical challenges.

“This musical art-form takes decades of practice to perfect and this is the International championships, so both audio and video images are expected to be perfect on this show,” said Nic Dugger, owner and president, TNDV. “In a room as massive as the one where this year’s competition took place—where a pin drop could be heard during the performances—every single detail had to be considered to make sure the show looked and sounded great for both the crowd in the arena, as well as the thousands watching live at home.” 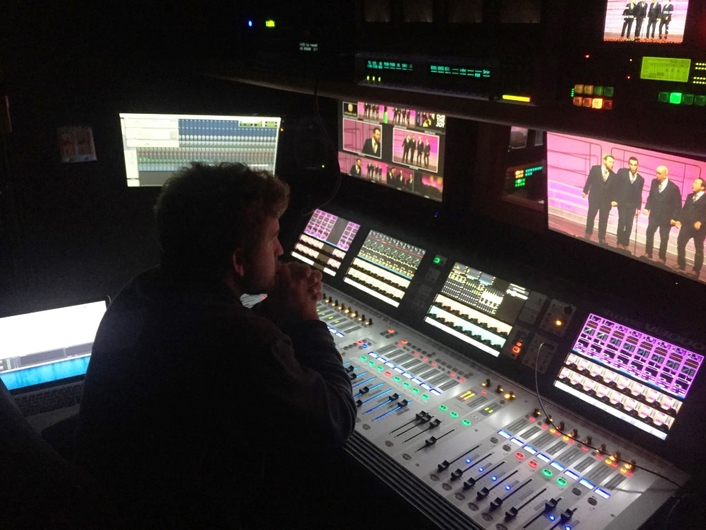 “This years’ competition was outstanding,” Dugger said. “After a decade of successfully producing the competitions, we now have a formula worked out that results in a fantastic show for all involved.”

ABOUT TNDV: Television
Formed in 2004, TNDV: Television represents the culmination of over 25 years of broadcast and live production for Nic Dugger, owner and president; and his staff of full time engineers. TNDV produces events from small single-camera productions all the way up to multi-million dollar international TV events, and takes pride in building custom solutions for challenging productions of any size, in any situation.  Recent projects include the live concert productions at the NCAA Final Four, the Re/Max Long Drive Challenge on ESPN, and for the first time in broadcasting history TNDV produced the 2014 Hat Trick of Country Music Award show red carpet specials, including the CMA Awards, the CMT Awards, and the ACM Awards.