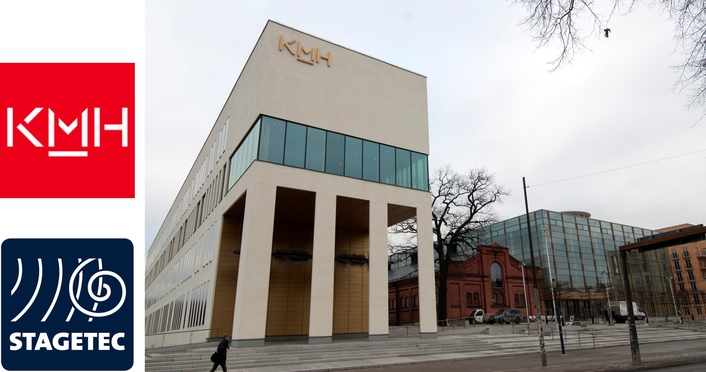 Royal College of Music in Stockholm outside

After three years of construction, the Royal College of Music (KMH) in Stockholm was opened officially by the Swedish royal couple. Stage Tec equipment has been integrated into the new, modern glass building: an AURUS platinum, two CRESCENDO platinum, three NEXUS monitor controllers, and a large NEXUS audio network with three routers and ten Base Devices.

KMH is the largest music college in Scandinavia and offers students a unique infrastructure. State of the art audio equipment forms part of this. The new building is equipped with a powerful 40 fader AURUS platinum. Fitted with seven platinum DSP boards, the students have up to 800 audio channels for computer-intensive applications. 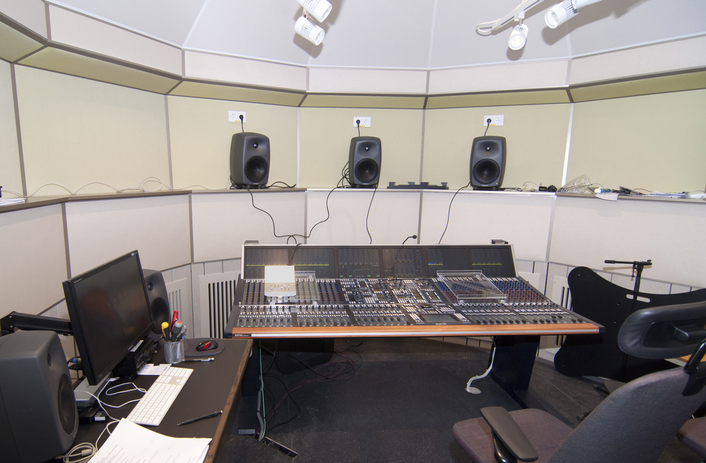 The NEXUS Monitor Controllers control 10 loudspeakers each in two studios, and 16 in the large studio. Various NEXUS sources can be routed flexibly to the controllers as needed. All formats, from mono to 13.2, can be accommodated. In addition to the software adaptation the NEXUS Monitor Controllers’ GUIs have been customised individually and personalised: the displays represent not only the loudspeaker arrangements, but also show the KMH logo. 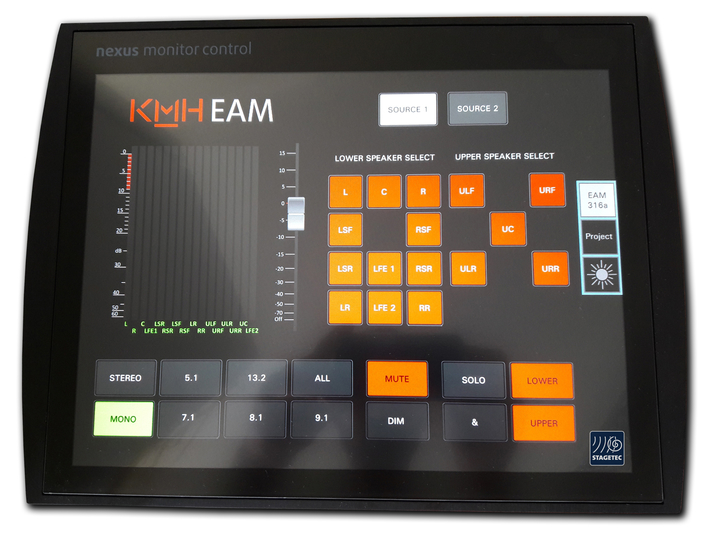 An extensive NEXUS network with three STAR routers and 10 Base Devices, two of them mobile, completes the installation. In addition to the NEXUS network for signal distribution, MADI and DANTE networks were installed. These offer students the option of connecting via MADI or DANTE from a number of workstations and to create and playback their recordings. Plenty of NEXUS microphone boards are available for recording which can be routed to different workstations as required. Several studios with Pro Tools DAWs serve as recording and playback platforms for the students. They can try out everything, from normal recordings to experimental versions in multi-channel formats. "The opportunities offered to students at this prestigious music college are already extraordinary," commented Alexander Nemes, Sales Manager at Stage Tec. "We are proud that Stage Tec is helping students create their work in the finest quality possible."

Under the auspices of the Royal Family, the KMH refurbishment and its refitting with new equipment was financed by numerous sponsors. Among the best known is Benny Anderson of ABBA, who was also present at the opening ceremony.

The Royal College of Music in Stockholm (Kungliga Musikhögskolan i Stockholm in Swedish) was founded by the Swedish king Gustav III, as the music conservatory of the Royal Swedish Academy of Music in 1771, and became a separate entity in 1971. The new glass building is approx. 21,000 sqm and is part of a campus where modern architecture is engaged in an exciting interaction with historical listed buildings. It houses concert halls, lecture halls, studios for the students, and the administration offices. Construction work ran from 2013 to 2016. KMH students study classical music, Nordic folk music, music from other cultures, jazz, improvisation, pop/rock, composition, conducting, music theory, music teaching programmes as well as music, and media production.
KMH is ranked as number six in the world over universities in the subject Performing arts (at QS World University Ranking). 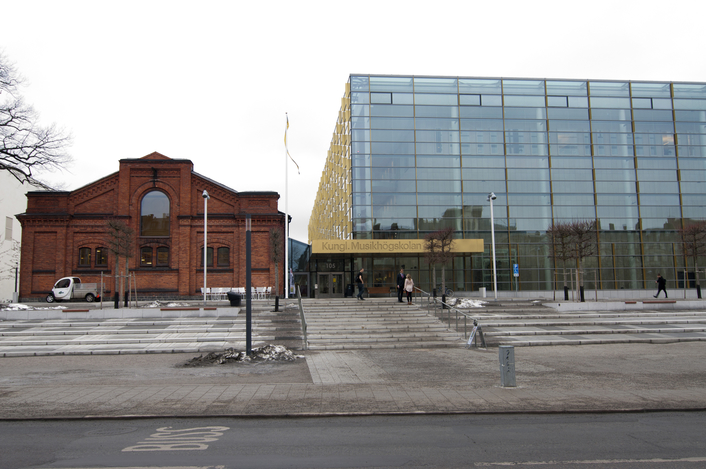 Royal College of Music in Stockholm outside

An independent company based in Berlin, Germany, Stage Tec Entwicklungsgesellschaft für professionelle Audiotechnik GmbH has specialised in developing and manufacturing digital audio equipment. Its flagship products include the digital routers NEXUS and NEXUS STAR as well as the professional mixing consoles AURUS platinum, CRESCENDO platinum, AURATUS and ON AIR flex.
Assisted by a business partner, Stage Tec was established in 1993 by 13 engineers (nearly all of whom still work there). The company is headed by Dr. Helmut Jahne, who was one of the founding members of the Stage Tec team and who continues to drive the technological supremacy of the product lines.
A leading pioneer in the transition from analogue to digital audio technology, Stage Tec has an international reputation and raised the bar in digital audio technology with a continuous stream of developments and innovations. Today, Stage Tec offers a comprehensive range of products ranging from the smallest to the largest of mixing consoles

The Royal Opera House in Stockholm
Stage Tec sponsors Luther
Over 100,000 channels of Stage Tec TrueMatch® converters are now in use