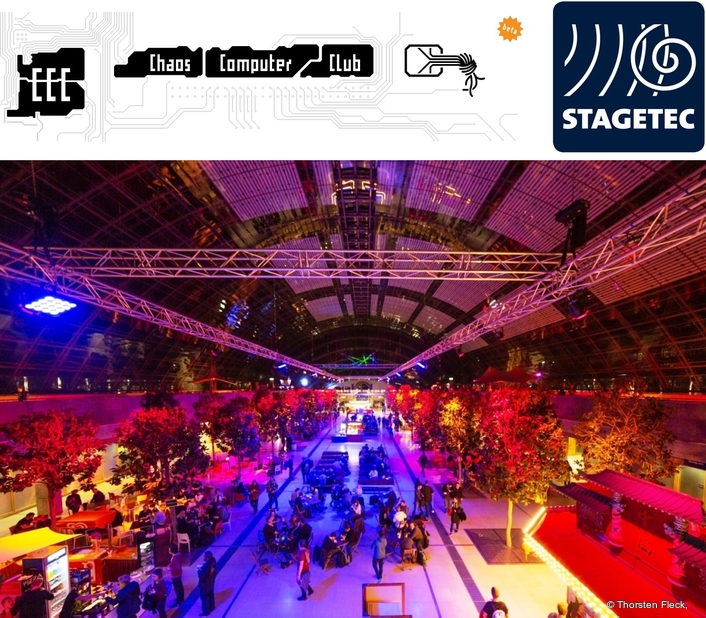 Stage Tec, the Berlin-based manufacturer of professional audio technology, sponsored a fully IP-based live production at the 35th Congress of the Chaos Computer Club (35C3). Five ON AIR flex mixing consoles and six NEXUS Base Devices were provided for the international hacker scene meeting from the 27th to the 30th of December 2018.

The Congress took place at the Leipzig Exhibition Centre. Lectures and workshops on technical and social topics were held in five event halls. The live streams from these halls were mixed by the five IP-based ON AIR flex consoles in a control room. Connections to the NEXUS Base Devices, which were located FOH in the halls, was via a DANTE network in AES67 mode. The sixth NEXUS was available for monitoring in the Control Room. The NEXUS XHDI board then embedded the audio signals into the video stream. Subsequently the complete live streams were made available on the internet on demand. 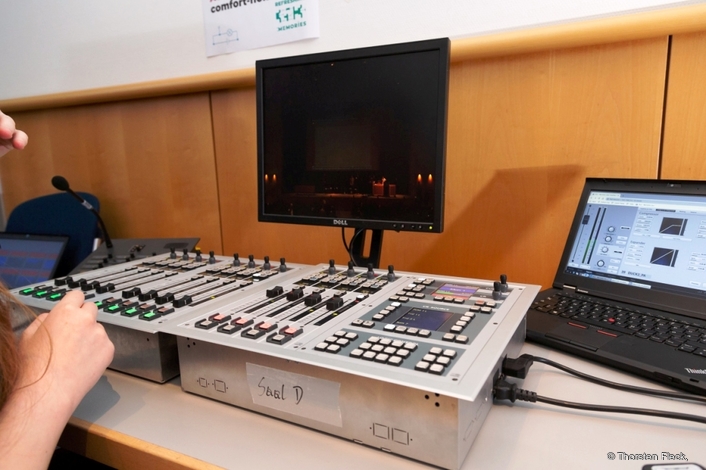 Mixing of the live streams at the ON AIR flex

"The Chaos Communication Congress, with its impressive network infrastructure, is predestined to implement IP-based audio production. NEXUS and ON AIR flex gave us the opportunity to implement a wide range of requirements with very little hardware: The separation of the ON AIR flex interface and NEXUS Base Device for a central mixing control room, where the signal processing takes place entirely in the halls, plus SDI embedding for live stream and recording, semi-automated mixing of several simultaneous translations and an independent AES67 multitrack recording on an Open Source basis. 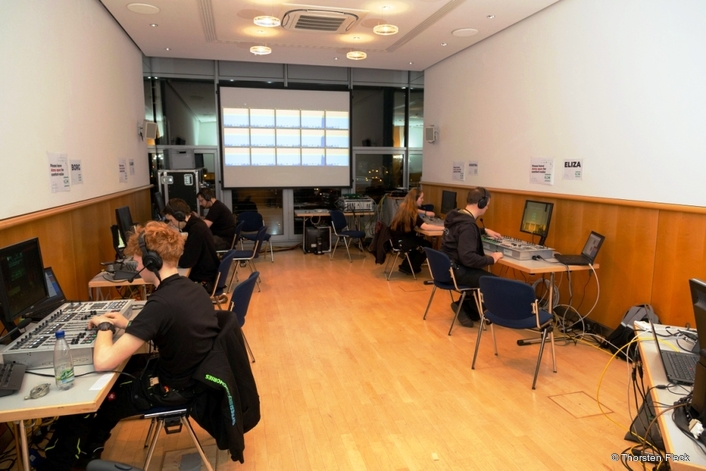 There were no limits to the design of the overall system," summarized Birte Runge and Christian Dieckhoff from the CCC Video Operation Centre. "Operation of the ON AIR flex consoles during the event was, like almost everything else at the Congress, carried out by volunteers. The clear, simple operability of the system as well as the high degree of flexibility in assignment of the user interface were particularly advantageous.

Even inexperienced operators were able to work with the consoles without major barriers to entry and could easily find their way about". 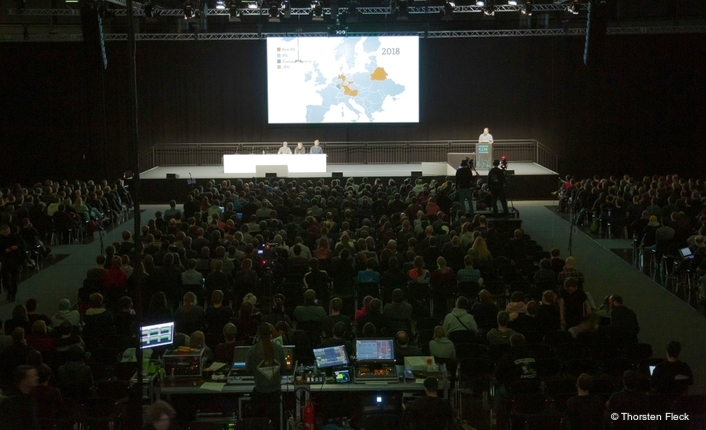 A lecture in an event hall at the Congress of the Chaos Computer Club.