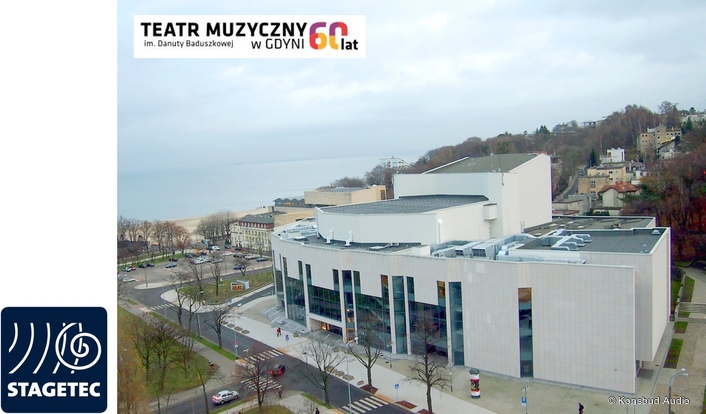 The Danuta Baduszkowa Musical Theatre in Gdynia, Poland, has featured an extensive NEXUS routing network for some time. In cooperation with its Polish partner Konsbud Audio, Stage Tec, the Berlin-based manufacturer of digital audio equipment, has now continued this project – a CRESCENDO platinum with 32 faders has been installed as the heart of the sound control room. In addition, the NEXUS network was upgraded with four powerful RMDQ DSP boards, bringing it up to the latest standards.

The Danuta Baduszkowa Musical Theatre has been modernised in several phases in recent years. In the search for a flexible network for routing audio signals and to connect the three stages and a recording studio, the theatre decided to modernise with NEXUS. Previously, the sound department in Gdynia had visited German theatres to appraise the performance of the NEXUS network. They were particularly impressed by NEXUS' many conversion features for all standard formats, the XMIC+ microphone splitting function and the high dynamic range of up to 158 dB as well as the redundancy options. 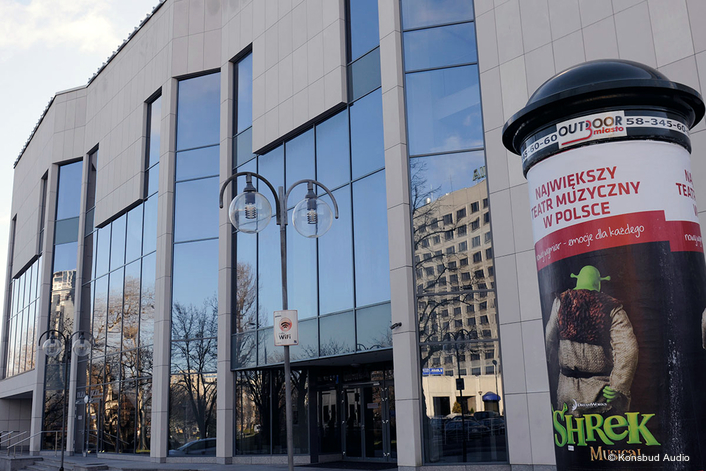 Stage Tec installed a very extensive NEXUS network with 18 Base Devices and two NEXUS STAR routers in Gdynia as a result. The theatre distributed the Base Devices throughout the venue and on the stages. In order to be able to respond flexibly and quickly to artistic requirements several of the NEXUS Base Devices are mobile. They can provide additional audio inputs and outputs locally, for example when big musicals with a high microphone count require extra inputs. 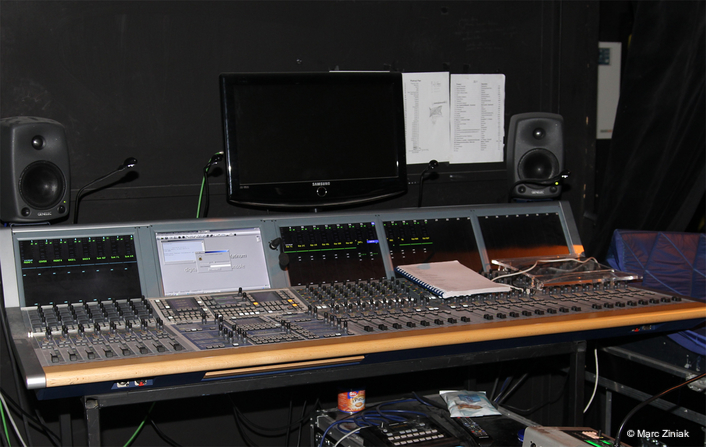 Technicians from Konsbud Audio installed the CRESCENDO platinum mixing desk during the final stage of the modernisation. The search for a new audio console began prior to staging a new play – “Notre Dame de Paris”. This production was a major technological challenge requiring a highly advanced console. Before deciding in favour of the Stage Tec console several other audio consoles were tested. Mariusz Fortuniak, Manager of the Musical Theatre, explains how they arrived at this decision in an interview with Polish audio magazine Muzyka i Technologia: "After testing numerous options we decided to use Stage Tec's CRESCENDO platinum with 32 faders (4 x 8). There were several reasons for this decision. In our theatre we use a NEXUS network from Stage Tec, so it was helpful to source the console from the same manufacturer. This means that we can use all the options offered by the NEXUS network in every single Base Device. That's very convenient, especially in live situations. Another important reason is that now we can utilise the full dynamic range of the AD/DA converters. Gone are the days when we had to put up with the limitations so typical in converting to other audio formats. The outcome is, of course, much-improved quality of the final signal. Apart from that, the console is extremely flexible, and the dedicated software enables us to assign any function we require to a large number of user keys. 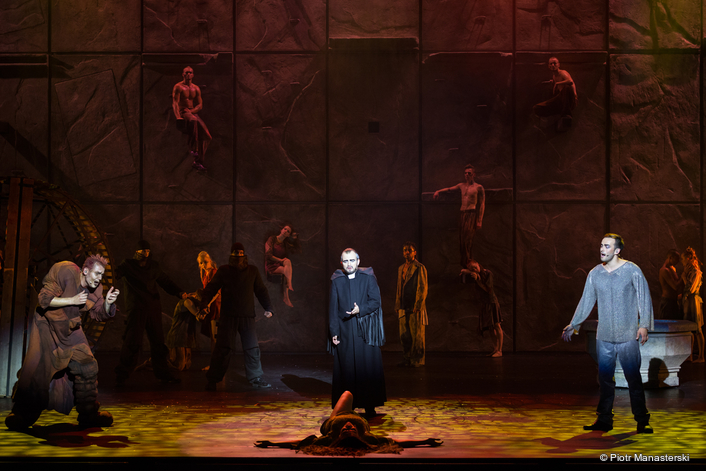 Another reason for choosing CRESCENDO platinum was the production of “Notre Dame de Paris”. The musical required a very complex monitoring system, so we needed a console with the maximum possible number of outputs. The console had to integrate with several wireless in-ear audio systems (IEM), multiple stage monitor lines (including one setup for an experimental choir) and dozens of direct signal lines for the orchestra musicians’ personal monitoring systems. The essential parameters were the lowest possible latency for the singers and musicians in-ear audio systems, wide dynamic range of the processed signals and the highest possible audio signal quality. The Crescendo, together with its RMDQ cards, has met all our requirements"

Since the day it opened its doors in 1958, the Danuta Baduszkowa Musical Theatre in Gdynia has featured more than 300 premieres, including such well known shows as Les Miserables, Jesus Christ Superstar, Chicago, Shrek and Notre Dame de Paris The venue features three stages and can accommodate an audience of over 1500.