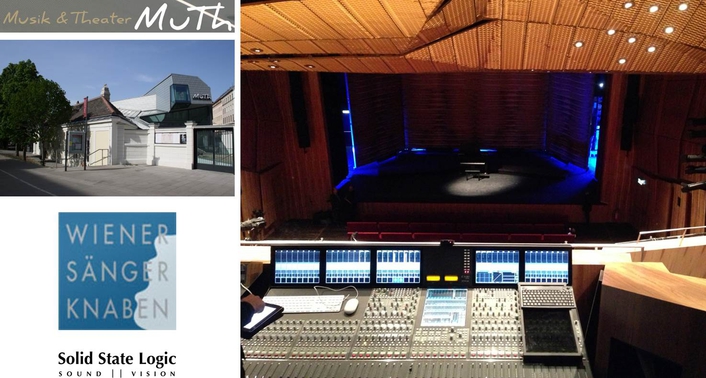 “SSL is a company that takes care of you through the sale and continues the relationship into the future”
A Solid State Logic C100 HDS Digital Broadcast Console has been chosen to make classical music sing for the new Musik und Theater (MuTh) Concert Hall, the permanent home for the Vienna Boys’ Choir (VBC). The 400-seat facility is also home to many other institutions and hosts performances ranging from the Vienna Philharmonic to dance and jazz presentations. The C100 is used for front of house live sound mixing, DAW capture, post production and live-to-air broadcast/streaming. The choice of the C100 was based in part on purity of sound and SSL’s responsiveness to client needs.

“While we looked at consoles from all the major manufacturers, SSL was our choice for many reasons,” says Roland Tscherne, technical manager and sound engineer for MuTh. “First and foremost, SSL offers the most clarity and precise sound, worthy of the internationally acclaimed artists who perform here. Second, unlike other companies, SSL was very willing to sit and discuss our specific needs and work with us to fulfill those needs. SSL didn’t stop paying attention once the console was installed, as we have received software updates that include many of the refinements we were looking for. SSL is a company that takes care of you through the sale and continues the relationship into the future. That attention is very valuable.”

The MuTh Concert Hall is also an educational facility for children and young adults who attend its co-ed kindergarten, elementary and high schools that are attached. The theatre places particular emphasis on children’s opera. The entire operation is conceived as a gathering place for educating young people in the performing arts and to foster collaborations with other established institutions centered on youth performing arts.

According to Tscherne, the C100 resides in the theatre itself, acting as the front of house console and the audio hub for the facility. The C100 has been configured to send stereo and 5.1 mixes to the house system for concerts and film presentations. At the same time, each mix combination and the individual microphone channels are sent to the DAW for capture, re-mixing and post production. If a performance uses 30 wireless and 60 orchestra microphones, one push of a button sends all the single tracks to the DAW, saving time, while giving the engineering staff more opportunity to concentrate on creating the perfect mix. 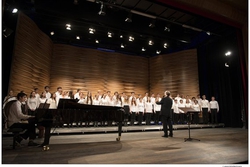 “When we first put in the C100, each engineer definitely had a wow factor going when they sat down at the console,” concludes Tscherne. “Because it was an SSL console, they were a little bit intimidated because they haven’t ever used a console like this. However, one hour later, they were impressed with the ease of use, comfortable with mixing a project and, most importantly, with the pristine sound. We look forward to a long and successful relationship with SSL.”