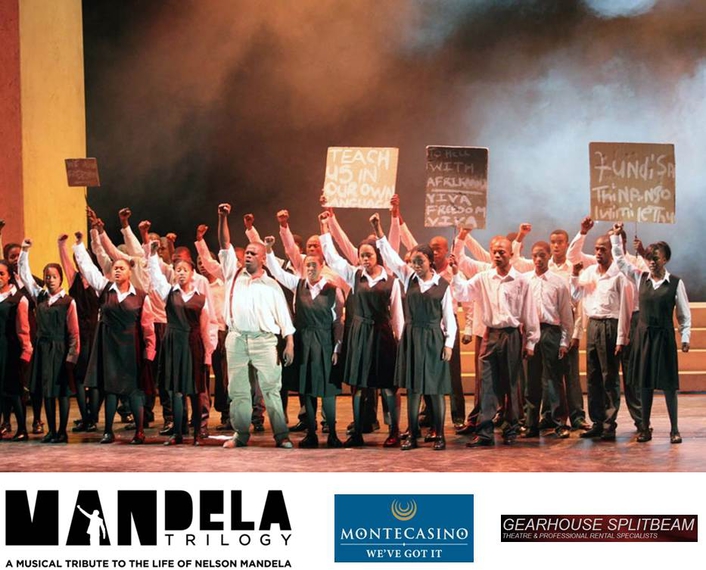 The Mandela Trilogy staged at Teatro, Montecasino
Faheem Bardien walked away with this year's Naledi Best Lighting Design award for his evocative lighting design for The Mandela Trilogy staged at Teatro, Montecasino. Gearhouse Splitbeam provided the full lighting rig as well as crew for stage, lighting, flies and props on this unique opera which has been described as "an impressive entertainment product of export quality".

Bardien started in the theatre industry in 1996, spending his early years working under well-known industry names such as John T Baker and Malcolm Hurrell. His first independent lighting design in 2000 was for a musical called Buckingham Palace with director Basil Apollis and the rest - as they say - is history. Bardien has lit a range of event types from classical ballet to cabaret, musicals to operas, dramas and in seven years working as designated Lighting Designer for Maynardville Open Air Theatre, numerous Shakespearian pieces as well. He is now based at Artscape in CTN.

The original specification for the show was a fully Martin rig, which was used until the Dbn leg, after which the Vari*Lite rig was rented in from Splitbeam. " Knowing the gear that Splitbeam has and the condition the lights would be in, I was totally confident that the Vari*lite Rig was going to pull it through - no disrespect to Martin, I think they wonderful fixtures to work with. We used fewer  Vari*Lite fixtures - but that just proves the point that sometimes if you use less fixtures in the correct positions you'll come out tops and boy did those VL's shine, boet!"

Bardien adds that the Vari*lite’s internal zoomable optics system, especially in the 3500 series, definitely added spark to the stage and that he was extremely impressed by the beam shaper technology of the fixtures. " As the LD on a production its nice when you can turn back to the director and say "YES, THAT'S TOTALLY POSSIBLE, NO WORRIES." 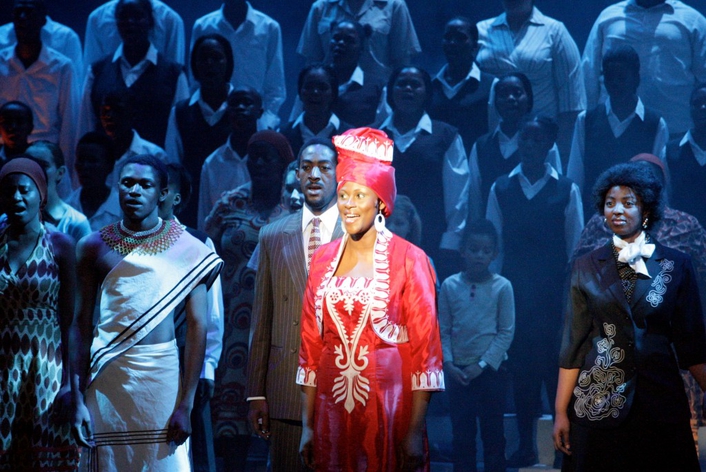 His preference is for Vari*lite, Martin and Robe fixtures but he considers functionality to be dependent on the design and specification rather than on a particular fixture type. More importantly, his requirement on this job was the assurance that the equipment was going to be well maintained on a continuous basis.

"That for me was the winning card on this tour. There was no margin for faulty fixtures as the bump-in time just didn’t allow for that kind of booboo. Knowing Splitbeam, I knew they were always going to come to the fore. These guys just go 150% all the time. Their attention to detail resulted in us meeting deadlines ahead of time. There was a bit of confusion at times, but not once did the crew come with any negative responses. They impressed me all the time. Big up to the Splitbeam crew!"

For Bardien, winning the award was not only a validation of his design capabilities but also a personal achievement, this being the first time he  had been called on to light in the Teatro. The venue is a receiving house with minimal in-house equipment, so for the LD it all comes down to "critical planning and correct choice of equipment and crew". He adds that the award goes out to all crew involved on or off stage of Mandela Trilogy, "for the long days and nights, for never giving up and no unnecessary attitudes. Cheers to all the boys at Splitbeam!!'

"A Lighting Designer is only as good as his Lighting team and  that Splitbeam is not only meeting  the industry need for a full-service theatre rental company but is raising the bar with high quality gear, great attitude and (most importantly) staff knowledge. Ultimately, you cannot win Awards without an Award Winning Lighting Team!’, he concludes.