Solstices Is A Swiss Success For Yamaha 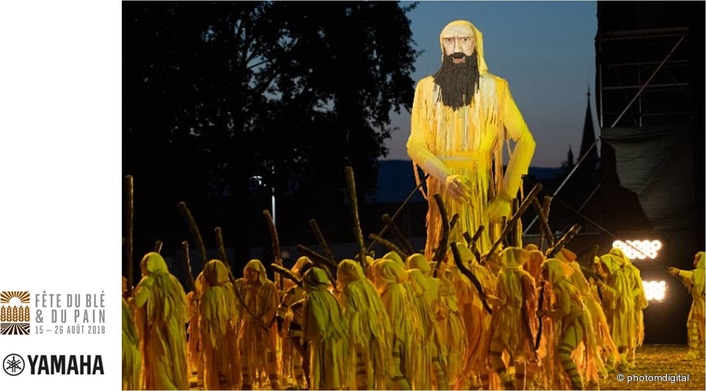 Every 10 years the municipality of Echallens in Switzerland stages Fête du Blé et du Pain (The Festival of Wheat and Bread), a 12 day cultural event which celebrates the traditions and history of the region. This year the centrepiece was Solstices, a spectacular open air musical production, performed by 8,000 volunteers, attracting 40,000 spectators and using five Yamaha digital mixing consoles.

Fête du Blé et du Pain took place from 15th - 28th August, with the ten, two-hour performances of Solstices transforming what is normally a large parking area into a giant theatre set, complete with scenery village, windmills, fields and a large temporary grandstand for the audience. Drawing inspiration from real events, the epic production celebrated the strong historic bond between the people and the land of the region. 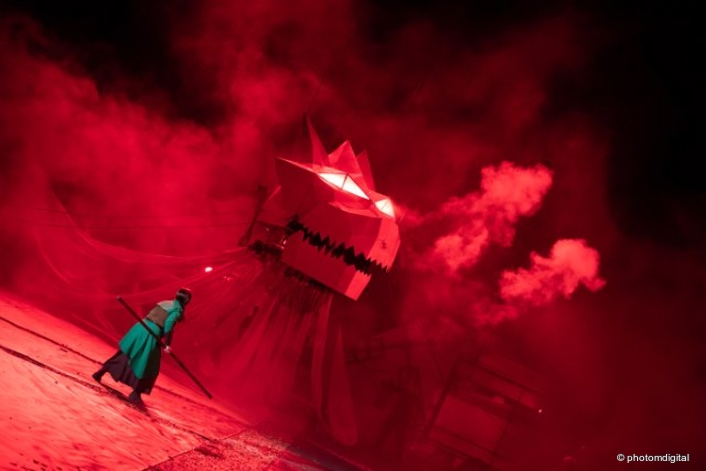 The scale and complexity of Solstices meant that a large technical production was needed. This was provided by Lausanne-based Hyperson SA and included five Yamaha digital mixing consoles for the audio production, all on a Dante network in multicast mode. 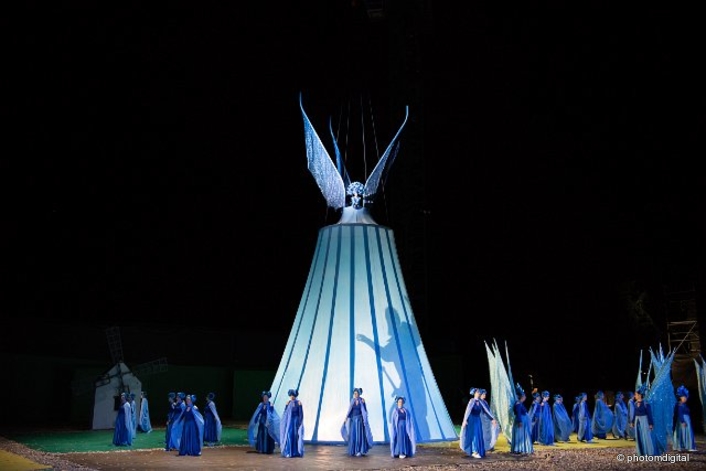 At Front of House, Bernard Amaudruz was using a CL5 to mix the 64 musicians, 16 wireless microphones for the principal singers and the main PA mix, with a QL5 sub-mixing 64 microphones used for the 200-strong choir. Dante Virtual Soundcard (DVS) was used in both consoles for eight tracks of playback - this included including sound effects, additional music, narration and a click track for the musicians. 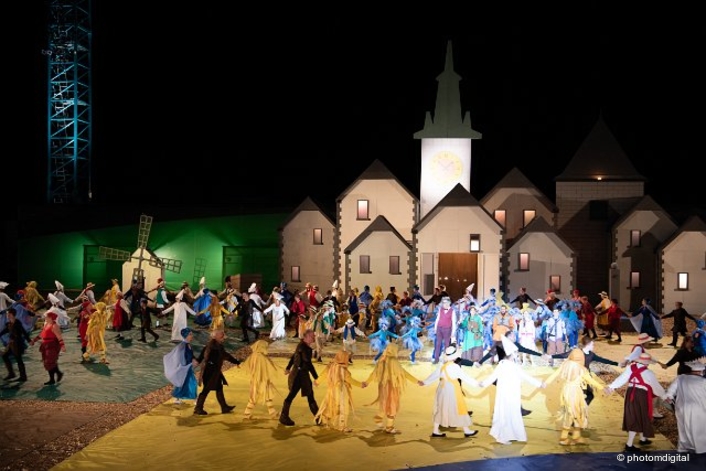 Monitor engineer Julien Mayor used another CL5, with 16 mixes on a combination of wedges and in-ears, including over 100 FM receivers. This also had DVS installed for recording the shows. All inputs and outputs were handled by four Rio3224-D2 I/O racks, while two 01V96 consoles - one at each mix position - were used for all the technical communications. 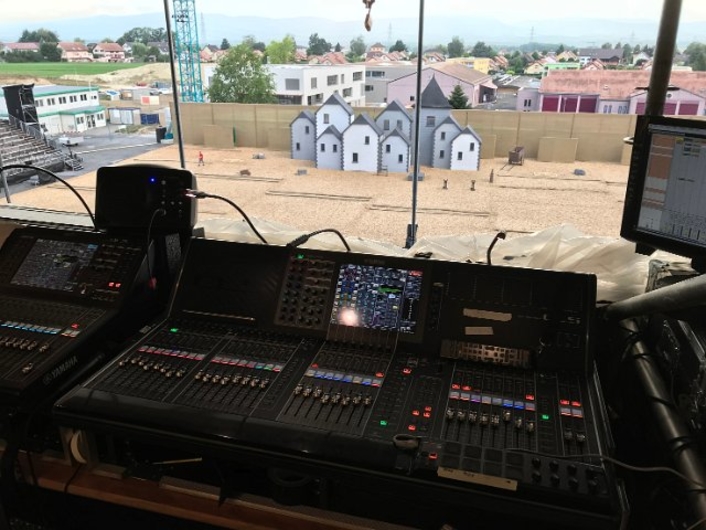 “This was a very complex show, which presented us with a challenge in being able to share all the inputs, submixes, stems and DVS,” says Julien. “Yamaha consoles were the perfect solution, because they meant that challenge could be overcome. They all worked seamlessly together, allowing us to mix, submix and distribute all the audio to the relevant consoles for FoH, monitors, DVS playback and recording.” 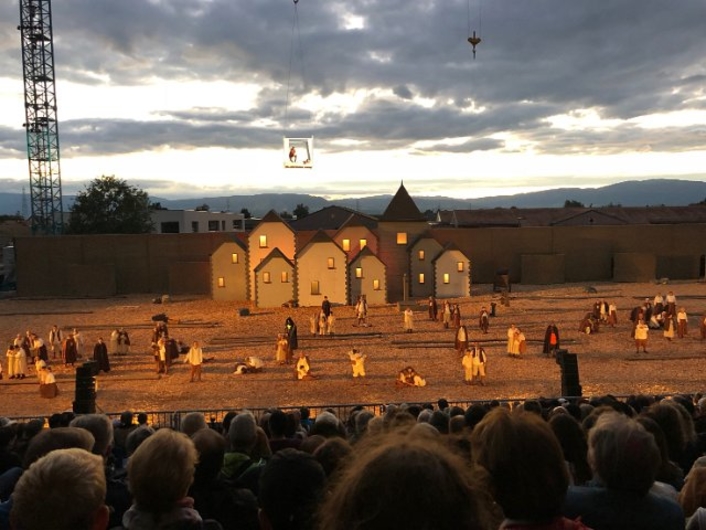 With a week of setting up and pre-programming at the Hyperson warehouse, then ten days on site, any technical issues were quickly overcome and the system worked perfectly for every production of Solstices. 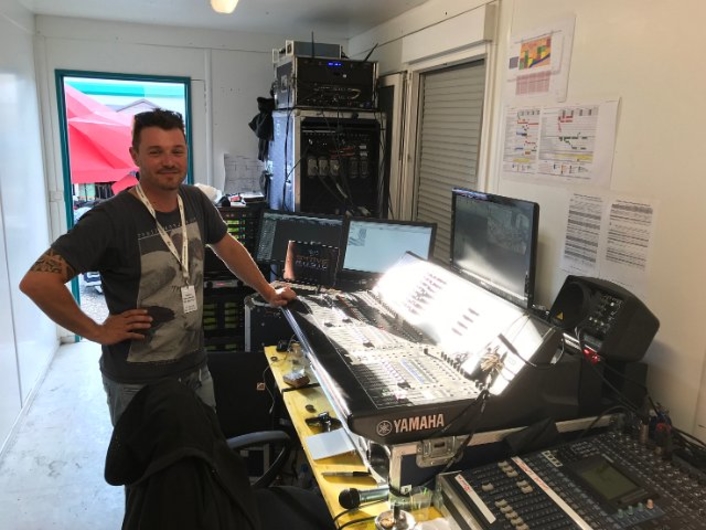 “Because Fête du Blé et du Pain only happens every 10 years, each time the audio production is different as technology advances,” says Julien. “We were very happy that Yamaha’s current mixing technology allowed us to deliver the sound for a very complicated production, which worked flawlessly every night and impressed the audiences, organisers and performers.”