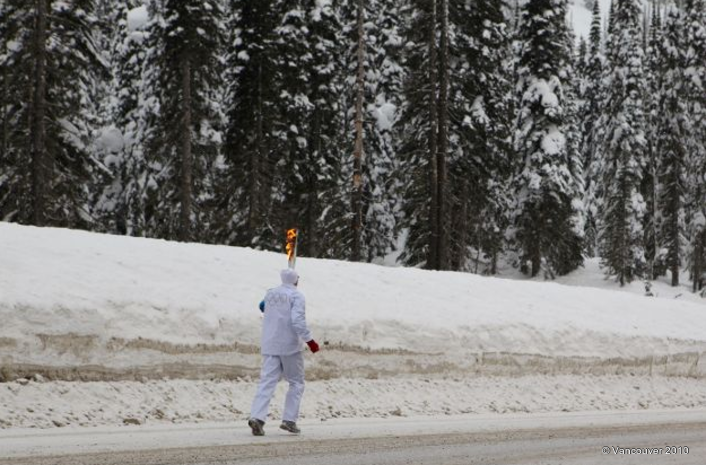 Olympiv Torch Relay Day 86 - Cranbrook to Nelson
Through a contract awarded to Intelsat by IMAGE MEDIA Farm Inc. (IMF), SIUS Live is providing mobile satellite connectivity services for The 2010 Torch Relay. The Relay, the longest ever to take place in a single country, kicked off on October 30 in Victoria, BC and concludes at the Opening Ceremony for the Winter Games on February 12, 2010. IMF, provider of complete contract HD video production services, is the official chronicler of the Winter Games. The announcement was made from SIS LIVE’s US headquarters in Washington, DC. 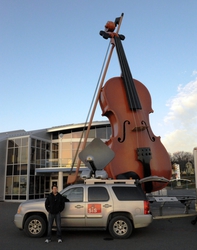 SIS LIVE is supplying a Yukon SUV equipped with the Company’s Intelsat ® uPod TM, a fully integrated broadcasting solution that allows the execution of real-time broadcasting services more efficiently. This service blends Intelsat’s space and ground infrastructure with SIS LIVE’s uPod TM to support web-based scheduling and transmission of live standard and high definition video, as well as voice and Internet communications. The uPod is uplinking SD, HD and data feeds via dedicated Intelsat satellite capacity for the majority of the 106-day Torch Relay. The tour is visiting 1,037 communities during its 28,000-mile (45,000 kilometer) journey as it parallels the path of the northern lights. Video feeds are being downlinked by broadcasters throughout North America, including Canadian Television (CTV) - the host broadcaster, The Canadian Tourist Board, and local TV stations.

In addition to uplinking traditional TV feeds, SIS LIVE’s Intelsat ® uPod TM is providing a high-speed data connection to transmit massive quantities of high quality still images for access by the global print media community. At press time, over 3200 media outlets, from Russia to Australia, were subscribed to ServerDam (www.serverdam.com), resulting in over three times the number of expected downloads.

“The Torch Relay Tour is a perfect illustration of SIS LIVE’s unique capabilities,” added David Meynell, Managing Director of SIS Live. “Utilizing Intelsat’s satellite and teleport infrastructure, we are able to provide a high-speed data link to transmit the substantial amount of data the event organizers need to ingest into the server in Vancover. Intelsat’s Mountainside Teleport in Maryland will downlink the data and fiber it back to Vancouver.

”The Torch Relay has been a significant part of the Games since 1938 and reflects the culture of its host country. The 2010 tour is visiting every Canadian province and territory, includingsome of the most pristine and stunning landscapes on the planet, Alert, Nunavut - the northernmost permanently inhabited community in the world, and119 Aboriginal communities.12,000 Torchbearers will help carry the flame to its final destination at the BC Place Station in Vancouver, BC. 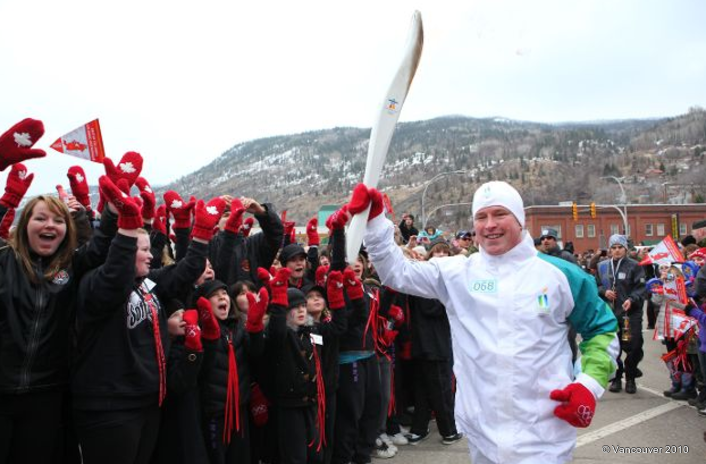