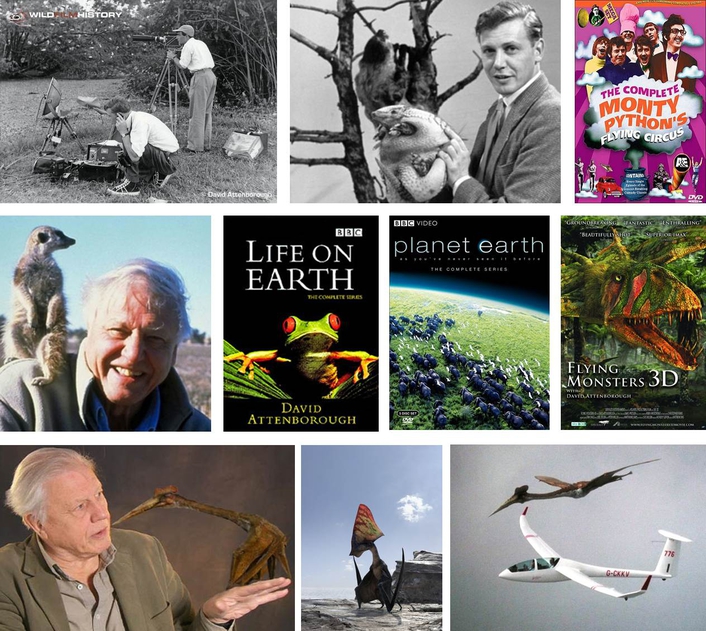 Sir David Attenborough has been called „the greatest broadcaster of our time
The winner of the IBC2011 International Honour for Excellence is Sir David Attenborough, in recognition of his remarkable career in television and, in particular, natural history. His career spans almost 60 years, with his Atlantic Productions documentary Flying Monsters 3D with Sir David Attenborough one of the most acclaimed programmes commissioned by Sky 3D.

The International Honour for Excellence is the highest award which IBC bestows. It is presented to individuals and organisations which have taken the best technology available – and driven technology forward – to create the finest broadcasting content.

Sir David Attenborough joined the BBC in 1952 and immediately found his vocation in natural history programming. He made his name in front of the camera, as well as producing, with the Zoo Quest expeditions, in which he and a small crew set off with a 16mm camera to a remote corner of the globe, intending to return with a rare animal for London Zoo and sufficient footage to create a television series.

In the mid 1960s Sir David temporarily pulled back from making programmes when he was appointed the controller of the newly launched channel BBC2. Among the programmes he commissioned was Monty Python‟s Flying Circus – about as far from natural history as it is possible to imagine. But the natural world was too big a draw and he returned to finding new ways of presenting its wonders on television. The 1979 landmark series and its sequence with mountain gorillas became one of the most watched programmes of all time.

“Sir David Attenborough has been called „the greatest broadcaster of our time‟, and throughout his career he has seized upon the latest developments in technology to illuminate natural history,” said Peter Owen, chairman of the IBC Council. “Working with the BBC Natural History Unit he pioneered time-lapse sequences in The Private Life of Plants and low-light and infrared cameras to capture the behaviour of nocturnal mammals. Today he is working with Atlantic Productions on stunning 3D programmes, including Flying Monsters, the first 3D programme to win a BAFTA Award.”

Sir David said “I am greatly honoured to receive this award from IBC. Throughout my career I have used the best technology available. When I started this was 16mm film, which gave us lightweight cameras to take into the wild. Since then my journey has taken me from black and white to colour and from film to digital high definition, and today I am excited to be involved in 3D production, which really immerses the viewer in the scene.

“I have worked with the best people in the business, including the BBC Natural History Unit and now Atlantic Productions, and some extraordinarily patient and skilled cameramen and directors. Making wildlife television – whether it was Zoo Quest in the 1950s or Flying Monsters today – is hugely collaborative. I know that IBC encourages and develops collaborations between programme makers and technologists, which makes this award particularly special. Thank you, IBC.”

The IBC Awards Ceremony, which will include a special tribute to Sir David Attenborough and a look at the latest stereoscopic 3D wildlife programmes presented by Atlantic Productions, is on Sunday 11 September. All visitors are invited to attend the ceremony, in the RAI Auditorium, which starts at 18:30 with doors opening at 18:15.