Simple Streaming at the Royal Academy of Music

In September 2015, the Royal Academy of Music started the academic year with an installation of Panasonic broadcast cameras, introducing a host of new  opportunities to the Academy.

The Royal Academy of Music was founded in Central London in 1822 and now trains nearly 700 students from over 50 countries in musical disciplines ranging from historical musicology to analysis, performance practice and composition.

Live streaming
The Academy now has a team of four people dedicated to the recording and live streaming of content.

David Gleeson, Head of Recording at the Royal Academy of Music, said, "The initial driving force was to be able to livestream events. Without the budget or the space to put camera operators and traditional tripods into the concert hall it made a lot of sense to go with remote cameras. The HE130s have provided us great pictures, ease of operation and functionality."

The AW-HE130 is a full HD camera with integrated pan-tilt and 20x optical zoom. The camera has a number of key functions making it ideal for an installation within a concert hall, for example it has video output via 3G-SDI, IP streaming transmission.

Simple Streaming at the Royal Academy of Music

The Academy has also made use of the Power over Ethernet (PoE) functionality. Each camera is solely powered using a single CAT5 LAN cable, making installation simple with cable lengths of up to 100m. The Royal Academy of Music recording team can now capture images from each remote camera head and seamlessly switch between each unit, using the Panasonic AW-RP120, when broadcasting a live stream on YouTube. They are also able to run performance relays through the network, and broadcast the live footage to screens around the building.

"The audience for live streaming at higher educational institutes is always going to be limited. However being able to live stream and get that audience to really sit and be involved and engaged with it, to get them routing for a player in a competition, is what we've managed to do here. Panasonic really are the industry leaders for this," explained David Gleeson.

Recording
Each term the Academy holds larger orchestral events, where named conductors will visit the facility and work with the students towards a public performance.

The ability to live stream public performances is beneficial in gaining a wider audience, but also for academic purposes to be able to play the video back to members of the orchestra. Having the high quality recordings mean that the Academy is able to provide screenings of the performance after the event. 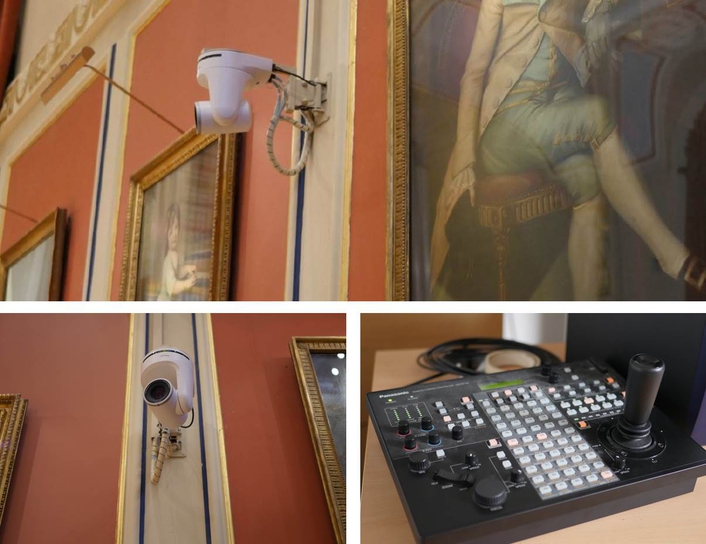 "What we've managed to do with the Panasonic cameras and the network is great."

Additional use
The Royal Academy of Music found an additional use for their Panasonic remote cameras. In addition to the many orchestral performances that take place in Duke's Hall, students often use the hall to practice and perform for academic purposes.

Many students need recordings and evidence of this for coursework, auditions or for applying for scholarships. In the past if students wanted video recordings they would have had to meet the technical team late at night, as the spaces would be solidly booked during the day and early evening. They would then need to be trained on how to operate cameras and how to set up the tripods.

With the Panasonic remote cameras students are now able to put recordings together using a simple app on a tablet computer, with a turn around time of less than 24 hours giving the students easy access to high quality recordings.

"Something we have done with the Panasonic cameras, which is unique, is allowing our 700 students to make use of the cameras for coursework and auditions which require a video recording." explains David Gleeson. "In previous years, we had to teach students how to set up cameras, tripods and then they would have to make sure the camera is recording and the lens cap is off! When students were under a lot of pressure, with limited time, this could be difficult. 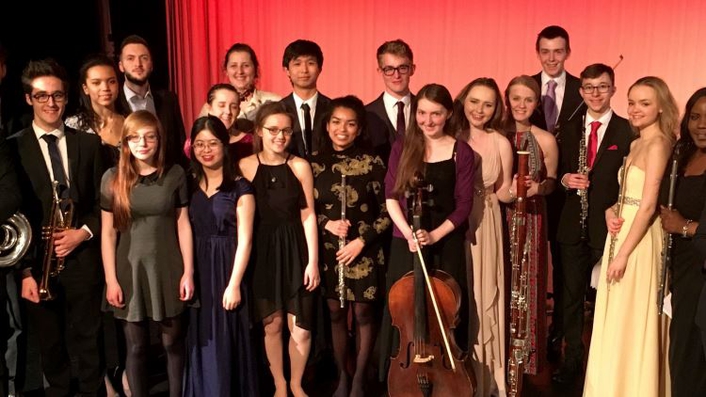 "What we've managed to do with the Panasonic cameras on the network is great. The video recording has been made much easier to operate - students are loaned a tablet with a simple, one-button-press app and files can be collected the following day. It's made their lives easier and improved the quality of the recordings."

Oliver Newland, UK Regional Marketing Manager at Panasonic said, "The Royal Academy of Music's application of our remote cameras reflects the versatility of what they can do. It's fantastic that an institution as prestigious as the Academy is using the cameras to support their work."