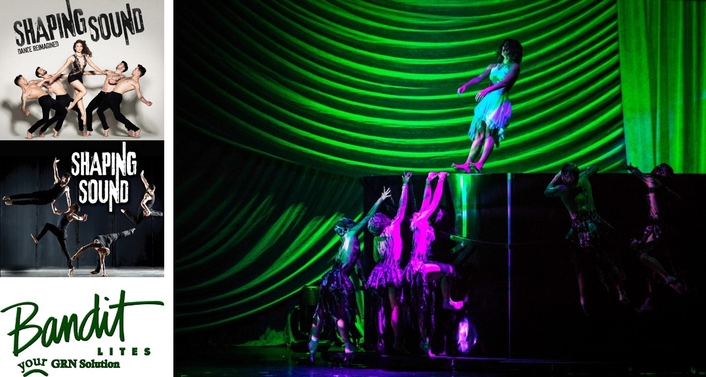 Following the massive success of the tour, Shaping Sound is gearing up for a brand new show entirely entitled, “After the Curtain” which will premiere spring 2017

Shaping Sound, the contemporary dance company founded by Emmy-nominated choreographers Travis Wall, Nick Lazzarini, Teddy Forance, and dance visionary Kyle Robinson, wrapped up its six week fall tour with a lighting package designed by Seth Jackson and provided by Bandit Lites, and while Robinson was the only one of the four to hit the road with the production titled Dance Reimagined, the show itself continued to wow audiences with its visionary prowess

The part rock concert and part pop show with breathtaking dance numbers followed the story of a girl (performed by “So You Think You Can Dance" season 12 winner, Gaby Diaz) as she struggles being in a loveless relationship.

The most recent iteration of the story featured a few new additions as Travis Wall went deeper into the abusive boyfriend character, with the lighting giving the audience members immediate clues as to his shortcomings. 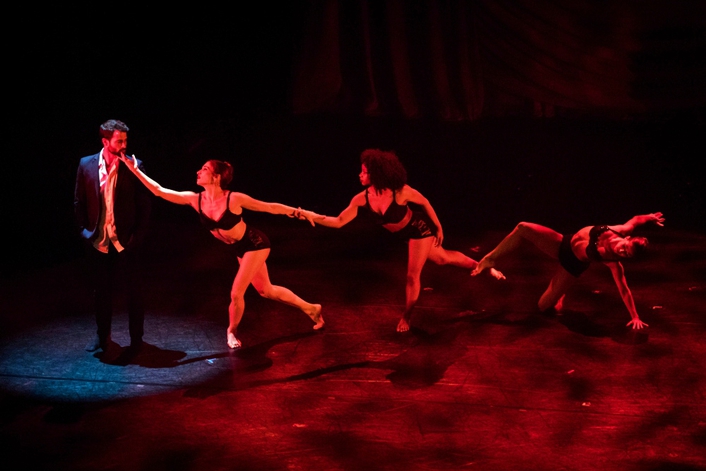 “I added harsh, red lighting to a scene when he's seducing a couple of girls to show the audience what a sleaze ball this guy is supposed to be,” said lighting director Terese Porterfield-Fensler. “Also for a song in the second act, we wanted a darker, more psychedelic feel. Instead of dark isolated blue down light, I changed it to red high sides with a high contrast gobo that rotated at the catalyst of the song which highlighted the scene and achieved a surreal environment for the dancers.”

“The workhorses for the show were our VL35k spots,” said Porterfield-Fensler. “They were used for 95% of the specials and of course supplied the "look" for the signature number: Bohemian Rhapsody.”

The GLP Impressions were utilized as wash down lights, while the GRNLite battens were used as top Cyc lights and illuminated the backdrop to make the dancers pop. Robe Robin 600s and VL 3500 Spots provided the crucial side light.

Even after being a part of the production for more than two years, Porterfield-Fensler still had numbers she looked forward to every show, such as the “Nightmare” act, where the scary, dark scene culminates with the dancer dropping into a black out from a seven foot wall. 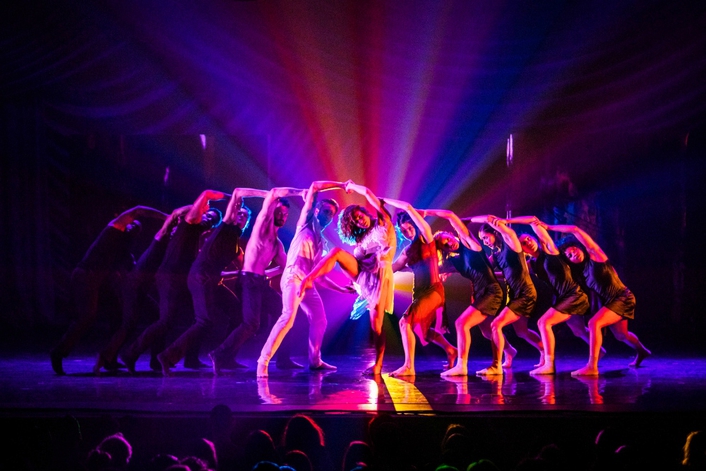 “Someone in the audience always screams,” shared Porterfield-Fensler.

“I applaud Brad Bauner, Nikole Vallins, Robby MacLean and Terese for running such a smooth operation,” said Mike Golden, Bandit’s Vice President. “This is a very focused team of professionals that are all extremely devoted to the quality of this production.”

Following the massive success of the tour, Shaping Sound is gearing up for a brand new show entirely entitled, “After the Curtain” which will premiere spring 2017.