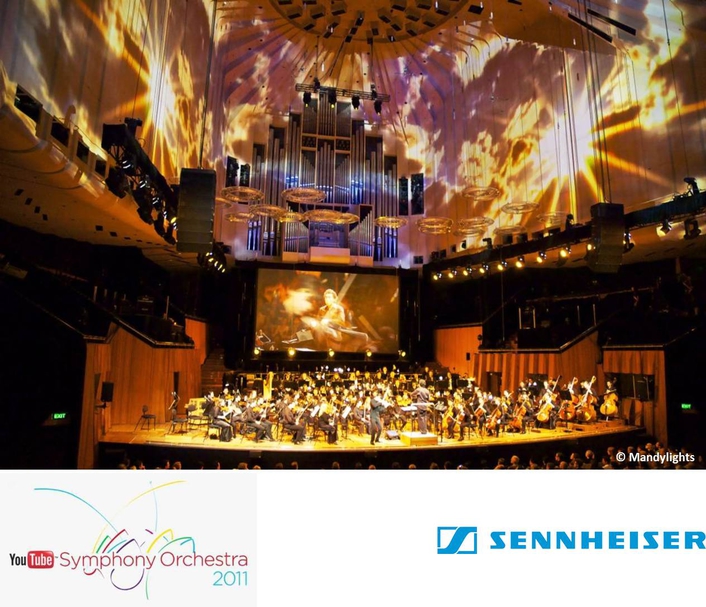 The recording and broadcast department at the Sydney Opera House, headed by Tony David Cray, a Grammy-award winning audio engineer, was called upon to provide the audio mix for the broadcast. “Whether the mix is going to the internet or television, the bulk of the work is pretty much the same,” remarked Tony. “You still have to mic up the stage, create an audio mix and pass it on to an outside broadcast truck. In this case the main difference is that the destination is a web based listening platform but apart from that it’s a standard broadcast approach.”

Held in the Concert Hall, the concert was not only broadcast live in high definition on Youtube but also recorded in HD. The OB facilities were provided by Global with Peter Fragar in charge of that dimension of the project.

The YouTube Symphony Orchestra was a significant event for the Sydney Opera House and Tony notes that sometimes the need for such a prestigious event to take place in a large and ostentatious fashion supersedes the technical aspects and requirements.

“As this broadcast had a significant emphasis on the visual elements due to the projections in the hall we had to reassess our approach,” explained Tony. “We weren’t able to mic up the orchestra in the way we usually would, but this is where our relationship with Sennheiser and Syntec came to the fore. They had been talking to us for a while about their digital microphones but we hadn’t had a chance to deploy them before the YouTube Symphony Orchestra. When the need came through for us to get coverage of an orchestra and have the microphones essentially invisible, the small digital microphones seemed to be a perfect fit.”

“Using these mics on stage is the same as using any other standard microphone, except the microphone itself has a small pre-amp inside as well as an analogue to digital convertor,” Tony said. “The microphones can be remotely controlled to adjust the gain and sample rate, which is handled with the microphone in-situ 3-4 metres above the orchestra.”

The digital microphones overcame any concerns there might have been about noise being induced in long cable runs over an ageing infrastructure of slip rings in winches, old cables and the like. Normally in the Concert Hall the microphones would have been hung from the ceiling, a distance of twenty metres which when added to another eighty metres of cable run to get back down from the roof to the racks is a lot of copper cable. 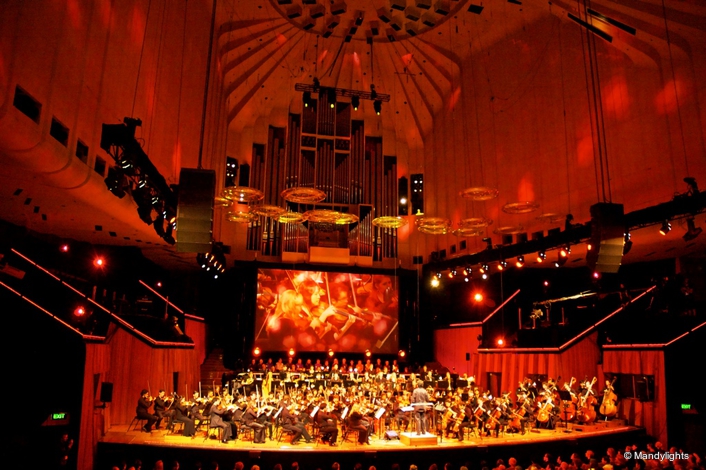 “The digital microphones totally annihilate any of those concerns and we found that the signal integrity in terms of audio fidelity isn’t changed at all,” commented Tony. “We also used four of the new MKH 800 TWIN microphones which have two capsules, each individually accessible, which allows the engineer to change the effective pattern of the microphone after the fact. This is achieved by combining the two signals and changing phase and relative gains.”

Tony had four MKH 800 TWIN micro­phones amongst the string section and was able to tweak the pattern of the mics in-situ which gave them a lot of control. “They really were fantastic,” he said. “Being able to adjust the resultant pattern of microphone either on the fly or in post production affords an engineer a great deal of control.”

Global Television HD1 3D
The Eurovision Song Contest 2011
A Cultural Event with an ...ce of more than 1 Billion