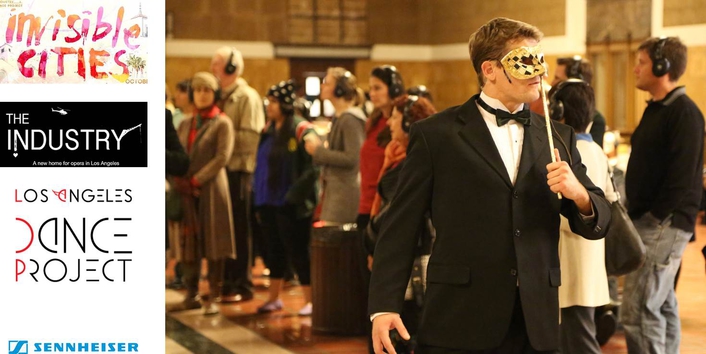 .
Last month, Invisible Cities, the world’s first large-scale opera for wireless headphones, completed its limited run of sold-out performances at Los Angeles’ Union Station – the largest railway terminal in the western United States. At the heart of the production, which was staged within the vast, multi-room expanse of the terminal as well as among its outdoor courtyards, was Sennheiser’s new Digital 9000 wireless system. The microphone system delivered uncompressed, artifact-free audio night after night to patrons donning Sennheiser wireless headphones.

The opera, a collaboration among The Industry, L.A. Dance Project and Sennheiser, was written by Christopher Cerrone and based on the 1972 novel by Italo Calvino. The narrative, which is accompanied by an 11-piece live orchestra being captured by a selection of Sennheiser and Neumann microphones, takes audience members on an artistic, multi-sensory journey throughout the terminal as character Marco Polo describes his quests to Emperor Kublai Khan. Thanks to professional and consumer wireless technology from Sennheiser, neither the performers nor the audience members are restricted by the typical spatial confines of a theatre, and participants are invited to experience the opera from an almost infinite number of different perspectives. 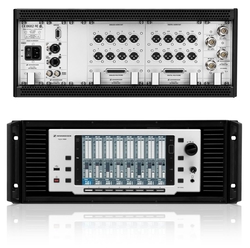 The Heart of the System: Sennheiser’s Digital 9000
From a technical perspective, the star of Invisible Cities was the Sennheiser Digital 9000 system, which delivered eight channels of uncompressed, artifact-free audio throughout the facility and captured every delicate nuance of the libretto. The components of the Digital 9000 system used in the opera included the EM 9046 digital receiver, SK 9000 bodypack transmitters and MKE 1 clip-on microphones.

“Digital 9000 was a natural choice for the singers,” explains Dave Missall, National Market Development, Professional Systems, Sennheiser USA. “In addition to delivering 24/96 kHz performance with unprecedented dynamic range and a non-existent noise floor, the Digital 9000 system made it easy to allocate frequencies in the middle of downtown Los Angeles, which is an extremely hostile RF environment. Since the Digital 9000 transmitters have very high linearity, intermodulation is non-existent. Therefore frequencies can be set in very close range to one another with no problems, making the system spectrum efficient.”

Running in parallel with Digital 9000 was Sennheiser’s 2000 series IEM system, which handled in-ear monitoring duties for each of the singers and dancers and ensured their performances were in lock step with the musical score. EK 2000 IEM receivers, IE 8 earbuds and SR 2050 IEM twin transmitters were accompanied by a highly complex antenna system. Four distinct zones throughout the terminal served as antenna farms to achieve seamless RF coverage for both the performers and for audience members wearing wireless headphones. Depending on the zone, A 2003-UHF passive directional antennas were deployed with A 5000-CP circularly polarized models, effectively minimizing signal strength variations while eliminating multipath issues. 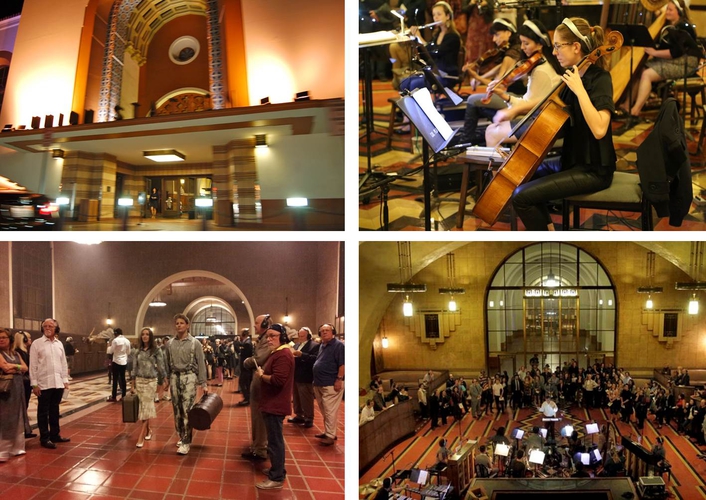 Sennheiser and Neumann at the Source
Sound designer Martin Gimenez specified a diverse collection of Sennheiser evolution microphones as well as Neumann microphones to cover each instrument in the 11-piece orchestra. evolution microphones were used to capture brass and percussion, as well as overall room ambience. For woodwinds and strings, including the harp, Gimenez utilized several Neumann KM 184 small-diaphragm condenser microphones. On the piano, he selected a pair of Neumann U 87 Ai large-diaphragm condensers. 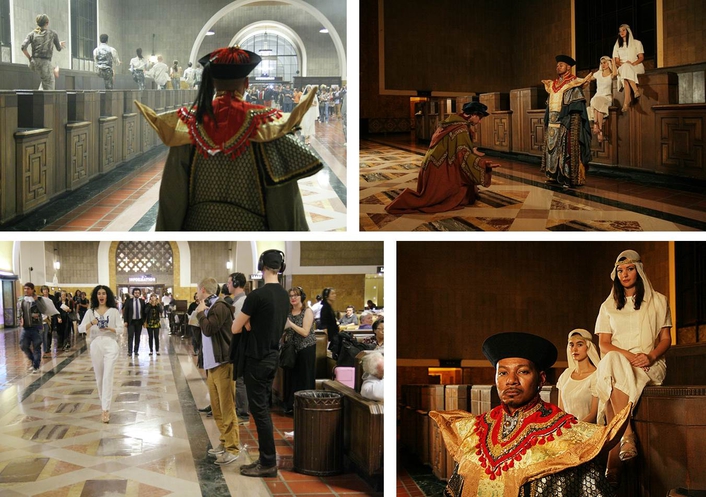 “Between the sonic immediacy of the headphone concept and Christopher Cerrone’s haunting orchestration, sonic transparency was paramount on our minds,” commented Gimenez. “Having access to the entire range of Neumann and Sennheiser microphones proved vital and necessary in order to convey the amount of detail to each and every audience member.”

Sennheiser Audio Quality, from Alpha to Omega
At the opposite end of the signal chain were four hundred wireless consumer headphones from the Sennheiser RS 120 II system, which delivered premium quality sound to the audience members during each performance. Featuring a comfortable, open-air design with easy access to user controls such as volume, tuning and an on-off switch, the combination of audio quality, comfort and ease of use made the headphones the perfect choice for this particular application. 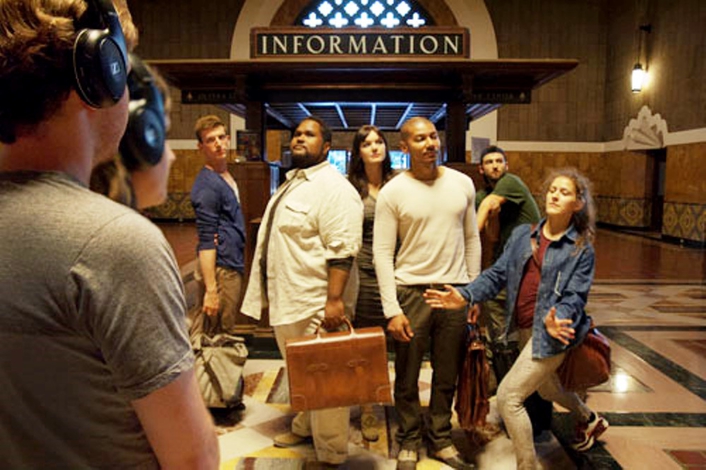 The success of Invisible Cities’ initial run has been recognized extensively in the international press and was awarded a proclamation from the City of Los Angeles. Since completing its performances there, The Industry has entertained offers for performances in Bordeaux, France and other locations in 2014.