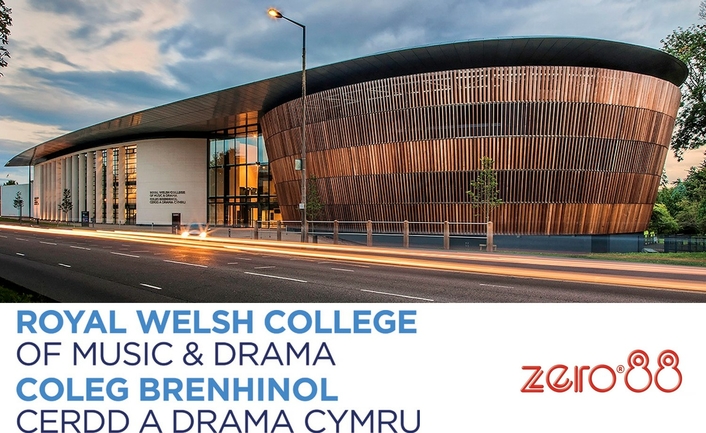 The College has invested in four of Zero 88’s powerful user-friendly FLX lighting consoles which are in daily use throughout the College’s multiple performance and rehearsal spaces.

Four busy major performance spaces on the campus include the 360-capacity Dora Stoutzker Concert Hall and the Richard Burton Theatre which seats up to 180. The Bute Theatre and the Caird Studio theatre are both flexible black box rooms with variable capacities and configurations - the Bute accommodates around 100 to 150, while the Caird is more intimate, holding about 30 to 40.

Between all these and some other areas, including a large public foyer, over 550 diverse public performances are staged during term time alone. These range from Friday’s late afternoon AmserJazzTime events in the foyer to an array of international artists playing the Concert Hall, through to fully featured and supported student productions and in-house drama shows and musicals.

Outside term time it is run as a full commercial operation with a wide variety of bookings from large conferences with hundreds of delegates to wedding receptions.

So ... it’s a very lively environment requiring all sorts of lighting scenarios for which the multi-skilled team from Technical Operations must be as adaptable and accommodating as possible.

The FLXs – currently there are three FLXs and one FLX S24 – are working in all these different spaces and are also part of the teaching curriculum equipment, explained Matt Rogerson, one of four senior technicians at the college. 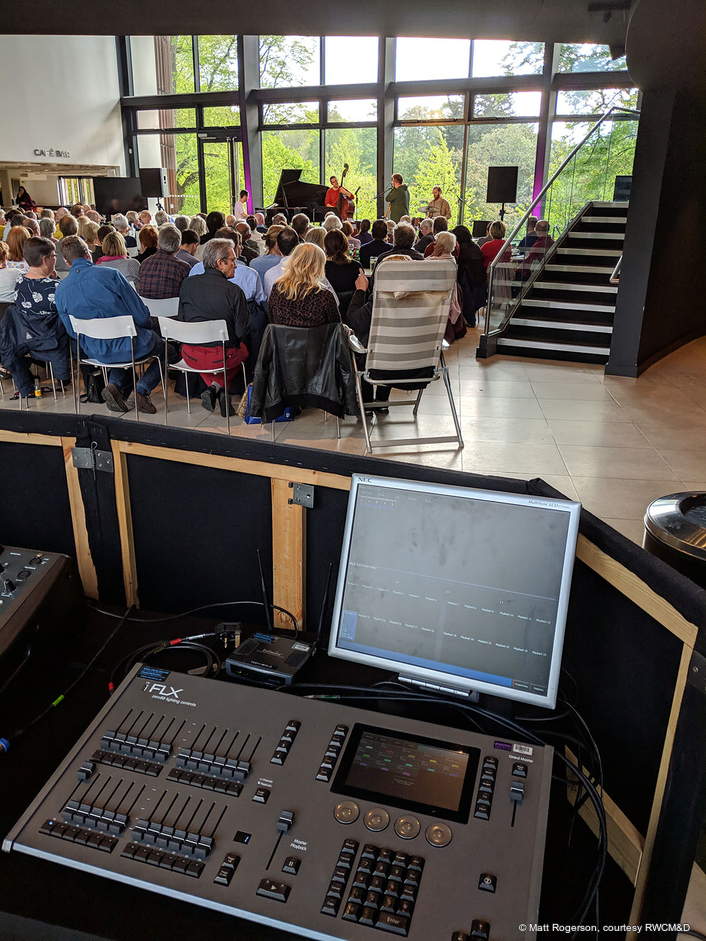 The first one was purchased just as the FLX launched in 2015 and it was used so much that they quickly purchased a second explained Matt, who is engaged in extensive technical support for the Stage Management and Technical Theatre courses as well as the daily running of the performance spaces. He also runs the drama capital purchasing and manages the rental software system used to maximise and track all the kit the college owns – amounting to over 10,000 items!

The FLX S24 was acquired in late 2017 and this runs lighting in the Mini Rig Room – a custom built facility for lighting and set designers to install their scale model boxes and try out different lighting treatments before they go into the tech period.

The third FLX console was acquired in late 2018 and is specifically dedicated to looking after lighting for day-to-day events in the busy Concert Hall.

They chose FLX, states Matt, because “the range of features is unbeatable in my opinion for the price, and this combined with the straightforward operation made it a really easy decision as it definitely ‘punches above its weight’”.

Students on the Stage & Event Management and Technical Theatre courses are trained in how to learn different lighting control platforms including the FLX and how to adapt programming methodology between different console operating systems, a process which sees them utilise an identical set of moving lights and LED fixtures. They start on one console and with the assistance of staff, manuals and online help, set up the desks and carry out an array of tasks …  then repeat the process on the next desk, etc.

Features making FLX a winner in this context again include “its simplicity combined with the high level of features” confirms Matt, adding that he feels it is physically “a really solid package with many good things built into a small space!” 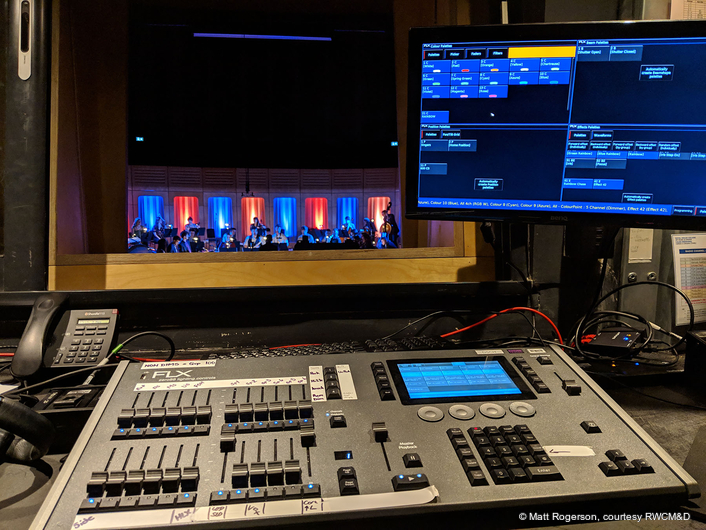 He thinks the ZerOS software also follows through. “You can use it to quickly get up and running if that’s what you need, and also to drill down a lot further into the desk setup depending on your exact needs”.

He thinks the Colour Picker and the touch screen generally are “great” features including the option of multi-touch for spreading values across fixtures, and having the separate colour faders which is helpful for selecting the colours needed and tweaking them. “The ability to load in our own images and pick colours from these is an absolutely brilliant idea” he declares.

The FLX in the Dora Stoutzker Concert Hall is in constant use and is set up with an FLX USB ZerOS Wing running over a KVM so it can be operated remotely from the Prompt Corner. This is not exactly what it was designed for, but it works very well for Matt and the team

The FLX S24 running the mini-rig is also in daily use.

The other two FLXs have multiple uses depending on the productions and / or lectures of the moment or the type and style of the events currently running. They are frequently in action in and around the Student Union or for larger shows in the college foyer.

The general opinion of the students is also that FLX is a very good option, reports Matt. 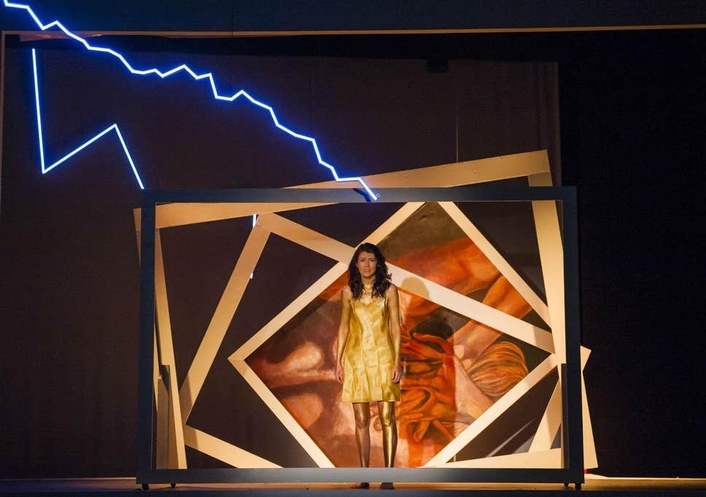 He also mentions that for the in-house productions, they enjoy “exceptional” support from Zero 88’s product manager Jon Hole, himself an ex RWCMD student, and his team at Zero 88 who are based in Cwmbran … just up the road.

Prior to starting the lighting process for their own productions, students will usually make a trip to Zero 88’s office and factory for dedicated console training sessions.

For Matt, the FLX range brings something special and different to their specific working environment, and therefore it’s enjoyed huge success.

“While Zero 88 consoles have ‘traditionally’ dominated the small-to-medium marketplace, the FLX has been developed with no compromise on quality of functionality. I think the ZerOS and FLX platform is a really rock-solid product, that will continue to be the first console on which several generations of future lighting practitioners will cut their teeth”.