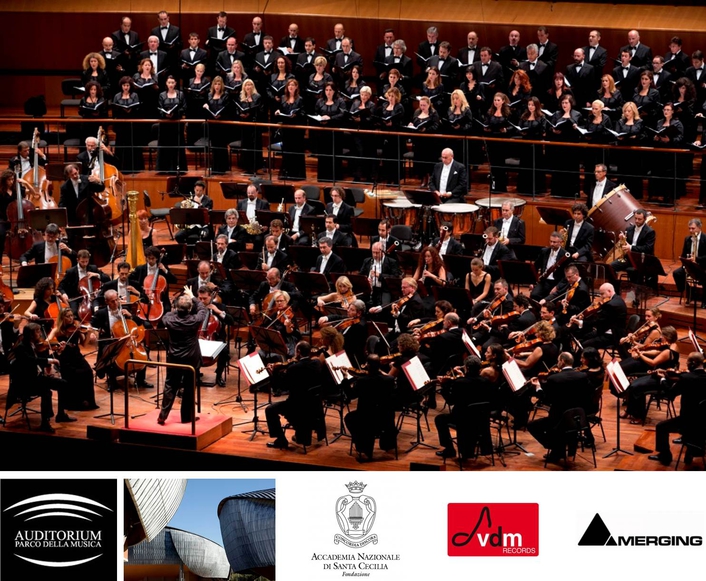 .
An exciting programme of Bruckner’s 9th Symphony and Quattro Pezzi Sacri by Verdi was recorded live on October 13, 14 and 15, for an upcoming international release on the EMI Classics label. The dynamic, Sir Antonio Pappano conducted the Orchestra and Chorus of the Accademia Nazionale di Santa Cecilia at the orchestra’s home base at Rome’s spectacular Parco della Musica.

The splendid 2800-seater Sala Santa Cecilia was an obvious venue for Sir Antonio who is Music Director of the orchestra in addition to his post as Music Director of the Royal Opera House, Covent Garden.  This already iconic music complex was designed by the world renowned Renzo Piano and the acoustics for all three halls was the work of Jürgen Reinhold of Müller-BBM.  Opened in 2002, it hosts not just classical music concerts, but is equally famous for jazz and contemporary music and presents arts events of all genres.

The recordings represented a test of some new technology for the recording team. The usual infrastructure at the Parco consists of a large Stagetec Nexus system linked with fibre optic cables. This operates at 48 kHz whereas the requirement for these recordings was 96 kHz and this entailed bringing in a separate set of equipment.  This was supplied by location recording specialist, VDM who is also the distributor for several leading equipment brands. One of the innovations was the use of Horus microphone preamplifiers and A/D, D/A converters from Merging Technologies. Three Horus units were used, one on the stage to connect the 24 spot mics on the orchestra, one in the roof to take the 20 suspended orchestra and ambience mics and one in the control room acting as the D/A to feed the various monitoring devices.  Single Cat 5e cables connected all these units to the Pyramix Digital Audio Workstation via the RAVENNA network.

VDM have already completed many projects with this combination, both for the VDM Records label and for outside clients but this was the first time that more than one Horus had been used. A Smart AV Tango 2 was controlling the mix and providing the user interface for the Pyramix and Horus from the single screen. In addition to a variety of headphones used, PSI Audio high precision Swiss monitors were the main listening system for the recording, broadcast and CD-premix workstations. The reference set comprised the three-way A25-M, powered by the bass extension A225-M and completed by the compact A14-M for the CD premix workstation. 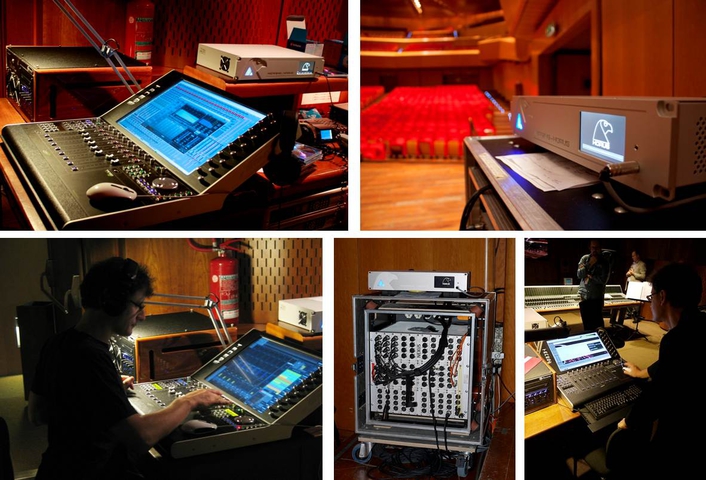 CEO of VDM, Igor Fiorini had this to say; “This was the opening concert in this very important winter season. On Saturday we had Italy’s President, Giorgio Napolitano in attendance and on Sunday Mario Monti, the Prime Minster was in the audience so it was important that everything worked.  There are many benefits to using Horus for these concerts. The sound quality has delighted all our clients and for me, the installation is so much easier despite the complexity of the session. Monitoring with PSI Audio is a logical choice as few monitors can reveal the subtle details in sound balance the way the PSI Audio products do. These were memorable performances and our strategy is clearly to capture the sound and listen with the most accurate equipment possible.” 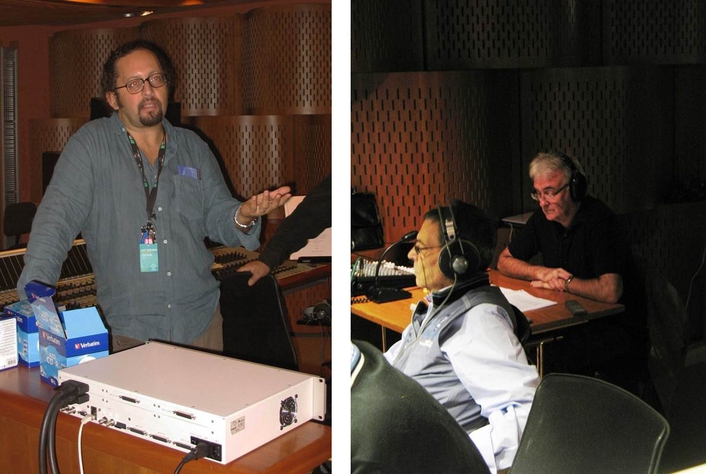 The Accademia’s sound engineer Giacomo De Caterini was in charge of the joint venture with EMI’s Abbey Road Studios assisted by Igor Fiorini. Producer David Groves was looking after performance and artistic matters and he has had more than seven years’ experience of working in the Sala Santa Cecilia. His philosophy is to do his best to capture the sound of the performance in the hall as experienced by an audience so his assessment that what he heard from Horus was very “clear, transparent and true”, seemed to be a good endorsement of the experiment, but Giacomo De Caterini knows all the rooms so well and could expand on this. “I am used to working with converters and microphone preamplifiers that were regarded as ground-breaking in their day, but technology has advanced and importing a completely new recording chain allows me to make some judgements. Both these pieces of music provide a tough challenge for Horus.  The Verdi has huge dynamic range with some very quiet a cappella sections. Most converters I know would lose something at either extreme but this was not the case here. The sound was clean and had the same sense of air regardless of whether it was pianissimo or the maximum the chorus could give us.  The Bruckner piece also has extreme dynamics but here we often run into the complexity of the orchestration.  If brass and horns are playing flat out it can often become a little harsh and over-bright.  You lose some of the detail in the rest of the orchestra. Here again, Horus seems to preserve the fidelity and perspective regardless of what is being played and at what volume.  I quickly got the feeling that we could trust what we were hearing and that inspires confidence.”

Everything behind the microphone was new to the team but there was already a lot of experience with Pyramix, so the idea of using a controller like Tango 2 was not so shocking, but the simplicity of connecting everything together with RAVENNA using Cat 5e cable was.  “It is very desirable to have the mic pres as near the mics as possible but you don’t want to be climbing up into roof every few minutes.  To be able to get all the audio and to be able to control everything down one cable is a revelation, but a little scary when the Head of State is in the house!”

The Saturday night concert was broadcast live on RAI Radio 3 and the feed for the transmission was from the Horus to the Stagetec Nexus system used by RAI.  The control room is permanently equipped with a Stagetec Cantus console and was large enough to accommodate the additional recording equipment, so both teams were recording separate mixes at the same time in the same room.  CD-Rs of either mix could be burned for the conductor to listen to for any musical or balance changes that might need to be made.

Additional pieces will be recorded in mid-November in the same hall with the same orchestra.  Rossini's Petite Messe Solennelle will be on offer, with a cast of exciting soloists.  It has already been decided to use the same equipment for that series of concerts and with more planned in the New Year, this could see the experiment becoming the usual set up for recording in this hall.