Roland Finds the Solution for the Tokaj Festival Valley

.
The Tokaj Festival Valley is part of a HUF 2 billion regeneration project designed to put the area of Tokaj-Hegyalja in Hungary firmly on the tourism and culture map.  The complete transformation of the valley includes an open air theatre and stage, as well as a purpose built facility for cultural events, sports events and concerts aiming to boost visitors to the region and bring increased business to hotels, restaurants and local businesses.  The long awaited grand opening ceremony took place recently, with Roland digital consoles, digital snakes and audio recorders playing an integral part in the live sound production.

The Festival Valley specified a reliable, flexible audio solution which could adapt to a variety of applications and configurations ranging from spoken word to theatre to rock concerts. Although part of a permanent installation, the equipment also needed to be ‘mobile’ and modular so that all or part of it could be used in different areas if required. 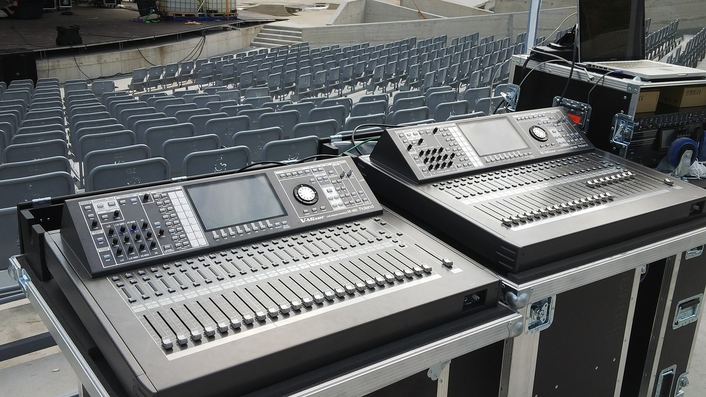 An acoustically challenging project in terms of sound design, a disused mining pit holds the open air main stage theatre with a fan shaped auditorium capable of seating up to 2500 people. The stage itself is 25m deep and 70m wide and can be shaped as required so that a diverse range of performances can be catered for.  The area underneath the seating hosts over 1000 square metres of exhibition and events space.

For high channel counts and complex applications the two M-480’s are used in a cascade set up, whereby two M-480s are connected with one REAC cable to enable the mixing of up to 96 channels - as well as advanced synchronization of internal buses. This setup is requested by many live sound engineers and creates a mixing environment equivalent to a large format console within a minimal footprint and budget. At Tokaj Festival Valley, the two M-480s are located FOH with 64 channels physical input from the stage and 16 channel inputs in the FOH.  The outputs are 12 physical analog and 4 physical AES/EBU on the stage.  In all of the configurations the AES/EBU outputs are using the Main PA system and the Main near field PA system. 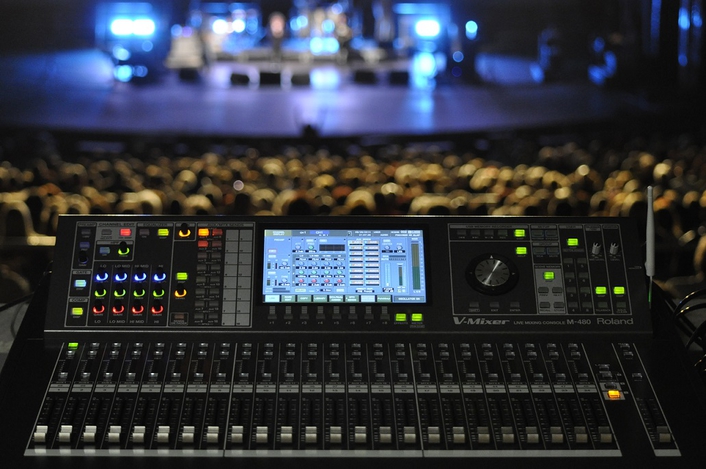 For FOH and Monitor separated mixing, the M-480 has a 48 channel physical input from the stage and 8 channel input in the FOH.  The S-0816 provides 16 physical analog outputs from the Monitor Console and 4 physical AES/EBU from the S-4000 3208 on the stage for the Main PA system.  For FOH and Monitor mixing in the FOH position, the outputs are 16 physical analog with the 2pcs S-4000 3208 output cards and 4 physical AES/EBU for the Main PA system.  The R-1000 is used for 48 track pre-phase record from FOH.

Commenting on the installation, Gergő Márkus from Roland in Hungary: ‘the client required a powerful system that also had the flexibility to deliver in different setups – some of which would be pretty complex.  Designing the audio around the M-480’s with the digital snakes allowed us to expand or reduce the system easily according to what was needed.’