.
Around 150 Robe moving lights were again specified by lighting designer Helmut Krammer to illuminate the 2013 Summer Night Concert, performed for its tenth year by the Vienna Philharmonic Orchestra in the amazingly magical Baroque setting of Schönbrunn Palace, Vienna.

The venue is a UNESCO World Heritage site. This high profile annual cultural event was broadcast live on national TV and radio and around the world via various satellite channels.

The Robe fixtures were used to light three key areas in Schönbrunn Palace’s extensive and beautiful gardens  - the main stage; the flower beds left and right of this and  the fabulous Neptunbrunnen Fountains which are behind the stage.

It was the fourth year that Vienna based Krammer has lit the Concert, which was enjoyed by an estimated 15,000 hardy classical music lovers who braved the inclement weather for the evening! 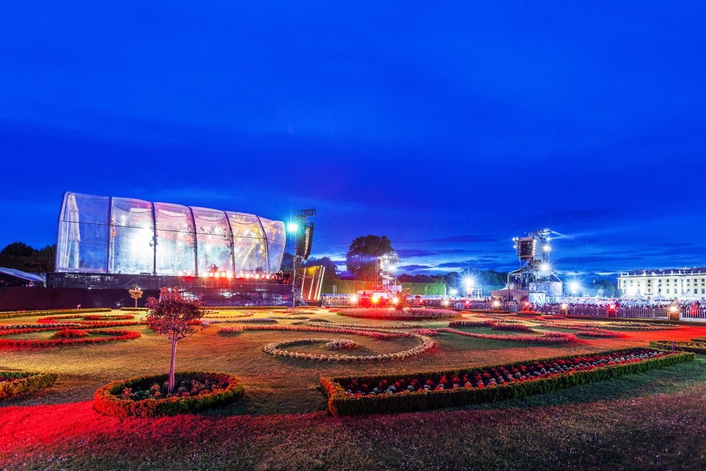 He has been using Robe products constantly in his work for the last five years and once again chose Robe for the majority of the lighting, following  the great results he achieved in 2011 and 2012.

In lighting the event, Krammer drew on a fusion of practical, ornamental and architectural lighting … with spectacular results.
The LEDWash 600s were used to colour the large flower beds flanking the stage with a series of shades, hues and bold, dramatic shafts and slices of light. 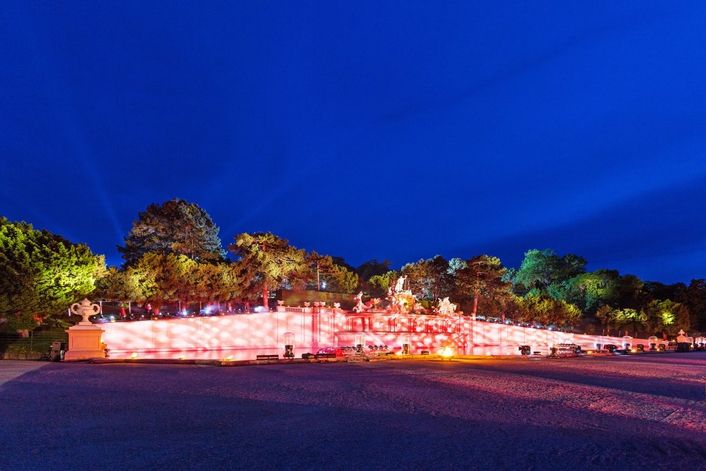 These were especially useful for the wide camera shots which swept in and out showing the full scale of the impressive event space.
Right at the rear of the flower beds he placed the LEDBeam 100s – nine a side - which “Blew everyone away” with their small size and extreme power!

The MMXs were used to add sophisticated texturing to the Neptune Fountains – making the most of the dual graphics wheel system.
The 50 MMX WashBeams were located around the rim of the fountains and used to produce dazzling mid-air effects which looked great both live and on camera.

The ColorSpot 1200E ATs reinforced lighting on the main stage – together with other moving lights, generics and LED fixtures. 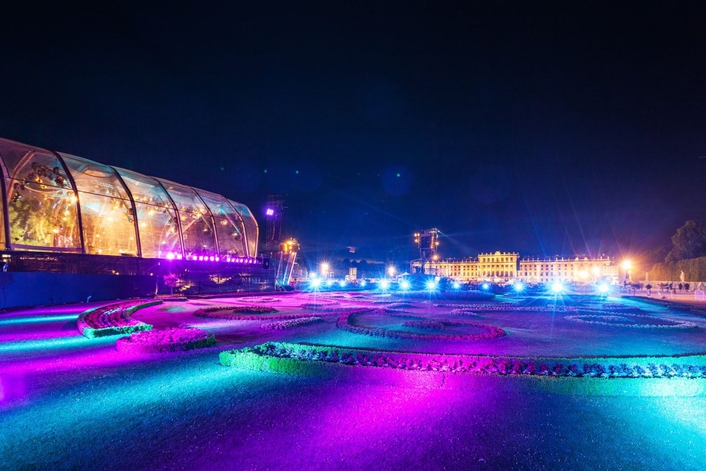 The classical repertoire for the evening, under the baton of Lorin Maazel featured compositions from operatic genii Giuseppe Verdi and Richard Wagner, both celebrating their bicentennials this year, which needed special treatment.

It was about creating a total environment for the event rather than highlighting the orchestra as the centre of attention, and the role of lighting was absolutely vital in achieving this aesthetic goal.
Krammer really enjoyed using the new Robe MMX WashBeams in particular and the MMX spot and the LEDWash series are also great favourites.

Another reason Robe is ideal for events like the Summer Night Concert is the overall reliability and robust build quality which is essential for outdoor applications, and was a great reassurance to all involved in the technical this year with the atrocious weather.
The show’s lighting was operated by Krammer using two Hog 4 consoles and fader wings. 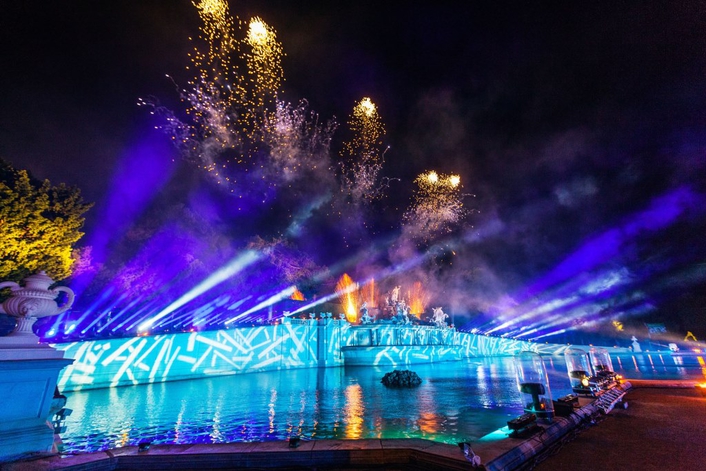