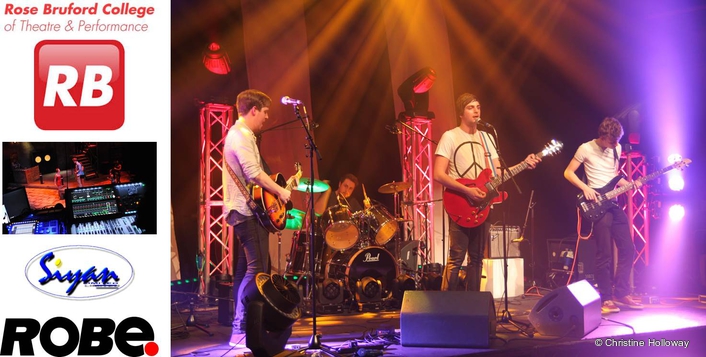 The show was run on an Avolites Sapphire Touch and a Tiger Touch Pro
Robe teamed up with top Lighting Designer / Director Dave ‘Bickie’ Lee to make the latest moving light technology available for ‘The Concert Lighting Project’, a practical module being taken by students on the BA (Hons) Lighting Design course at leading UK theatre and performance college, Rose Bruford.

The initiative was co-ordinated by Hansjorg Schmidt, Programme Director for Lighting Design at the Kent based college and by Ashley Lewis and Petra Sefton from Robe UK in Northampton and was also supported by rental company Siyan - who themselves have a reputation for nurturing emerging young LD talent – and console manufacturer, Avolites

Says Hansjorg, “With Robe and Siyan getting involved this year the students were able to have a much larger lighting rig to work on and it was a fantastic opportunity for them to test drive the absolute latest Robe kit as well as working with someone of Dave’s caliber and experience”.

They were mentored for a week by Bickie, whose CV includes touring with high profile pop acts like One Direction, Westlife and JLS . 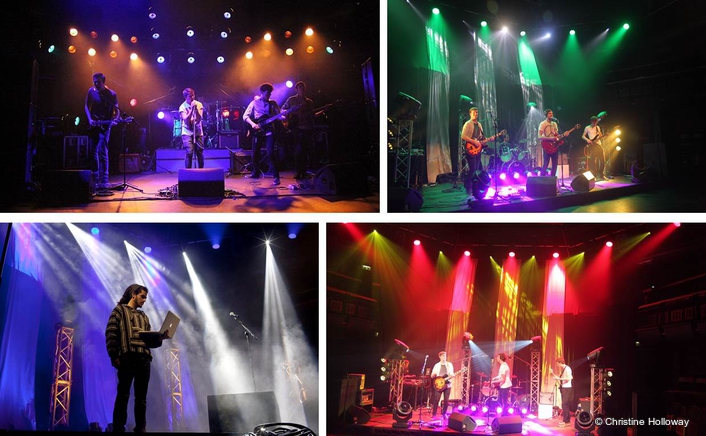 The philosophy behind the Concert Lighting module is to provide a grounded ‘real-life’ experience for the students by learning directly from the knowledge and understanding of  a respected industry professional.

Bickie’s role included guiding the five through the principals of creating and presenting a design, taking the process from there right through to rigging, programming and its full realization onstage.

He touched on a myriad of topics including politics, practicality of the design, the workability of a rig, fitting it into a truck on tour, rigging and safe working practices onstage, the basics of appropriate lighting for the genre of music and the artist onstage and more.

The students all worked collectively on the show’s design and programming elements and then all five took turns operating on the night of the concert.

“I was impressed with their general knowledge and familiarity with the technology,” comments Bickie, adding that most are already working part time with rental companies and some have also had the chance to shadow some of our best known LDs on specific projects. “However, this was the first time that any of them had produced and run their own shows, so this presented quite a different context”. 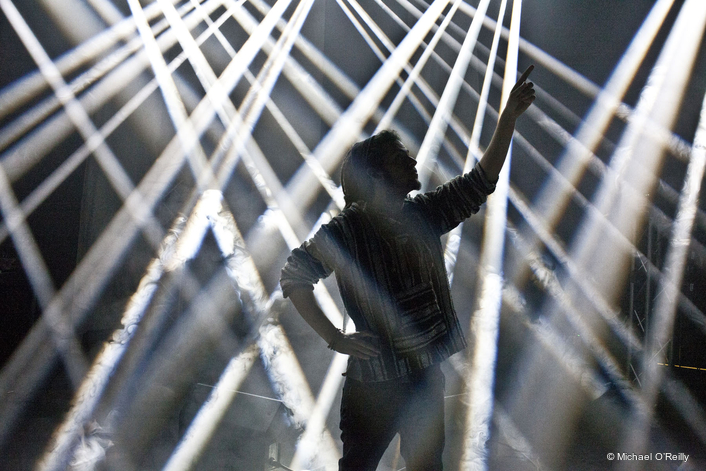 He emphasized the importance of good preparation, attention to detail, time management when on site and the ability to be able to programme a good-looking show under extreme time pressure.  “It would be great to have an hour a time to craft and tweak each look and scene of an ultimate lighting show,” says Bickie, “But the reality is more likely to be that you’ll have 10 minutes to get something workable happening!”

This is where knowing your way around the fixtures is a must and with the great features and functionality of Robe in the equation … creating something spectacular can be achieved quickly!

Bickie adds that the teaching experience has been great fun. “They all really wanted to learn, were very willing to listen and were bursting with intelligent questions”.

The show was run on an Avolites Sapphire Touch and a Tiger Touch Pro with Avo’s Training Manager Amy Schofield also on hand to assist.

The 2014 Concert Lighting Project was a great success. Hansjorg, who also keeps abreast of all the latest industry trends as a freelance LD in his spare time, concludes, “It’s been brilliant working with Robe and having the latest equipment on such a scale and we are very keen to continue the relationship”.