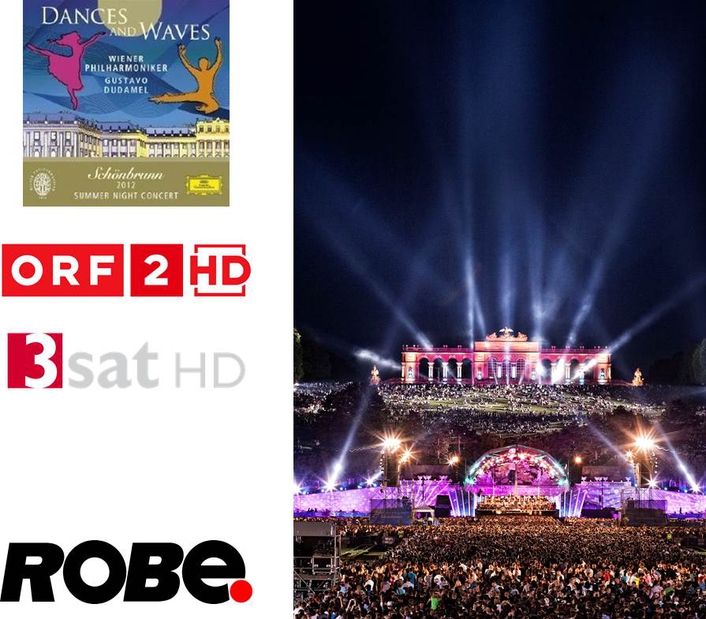 The seminal cultural event was attended by over 100,000 people and beamed live by national broadcaster ORF2 and 3sat to approximately 60 other countries.

The Robe fixtures were used to light four key areas in Schönbrunn Palace’s extensive and very beautiful gardens  - the main and ballet stages, the Gloriette structure which stands prominently on the hill above the Palace and behind where the stage was located, and the magical Neptunbrunnen Fountains.

Krammer, who has lit every event for the past three years, chose Robes again after the great results he achieved at the 2011 event.

“Robe provided absolutely the right products for the project, and I found it wonderful to work with fixtures that gave me the freedom and flexibility to achieve the precise creative look and feel I wanted in the Gardens,” he declares.

He combined his skills of practical, ornamental and architectural lighting for the show with spectacular effects.

The LEDWash 600s were used to colour and streak the vast areas of lawn stretching out around the stage and other garden features  - all of which became completely filled with audience for the Concert.

They also added colour and character to the large stone Gloriette structure crowning the hill, and the Neptune Fountains, bathing both of these elegant features in a new light for the evening.

The CitySource 96s and CitySkape Xtremes provided general coverage for the massive Gloriette.

The MMXs were used to add some intricate texturing to the Neptune Fountains together with projections from the ColorSpot 2500E ATs. With careful and tasteful lighting, these elements took on a completely unique ‘one off’ and momentary quality.

Near the ballet stage the ColorBeams were used for aerial effects shooting far into the night sky.

Krammer explains that lighting the classical repertoire for the evening needed special interpretation. It wasn’t so much that the orchestra needed lighting as a focal point, more that the entire environment became integrated, alive and part of ‘the event’, imbibed with a ‘classical’ atmosphere that enveloped everyone with a positive and joyous vibe.

In this the role of lighting was absolutely vital. 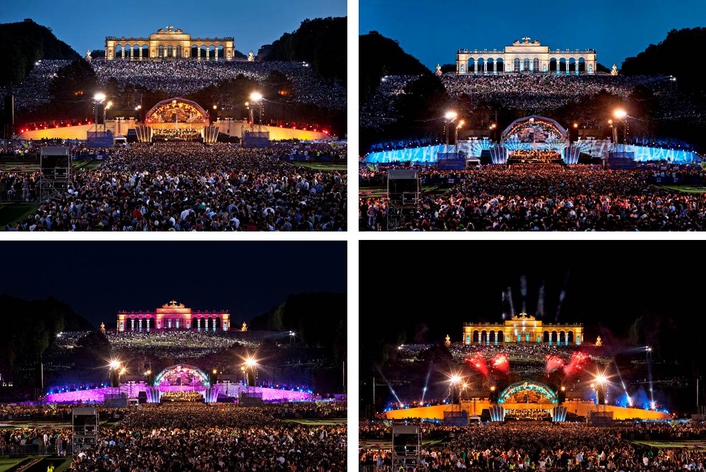 Krammer really enjoyed using the new Robe fixtures in particular – the LEDWash 600 and 1200s and the MMX Spots – all of which proved very powerful and versatile tools. ”Robe’s LEDWash series is definitely currently the best in its class,” he says.

Krammer uses Robe luminaires  constantly on all his events and shows. Another reason they are great for events like the Summer Night Concert is their reliability, specially outdoors. Happily, the weather also performed, presenting a beautiful warm calm night for the event.

The lighting equipment was supplied by four different companies -  LGL, Niclen, Mediasolution and PRG, and operated for the show by Helmut using two Hog 3 consoles.

A Cultural Event with an ...ce of more than 1 Billion
Salzburg Festival recorded in High Definition
High Definition Post-Production at the ORF