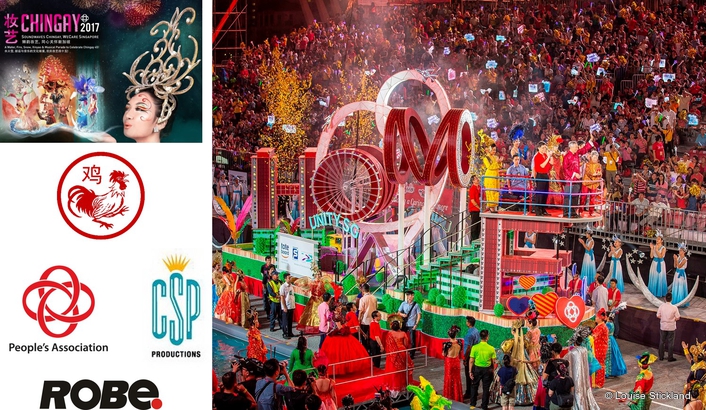 Over 400 Robe moving lights boosted the magic and spectacle of the 45th Singapore Chingay Parade to celebrate Chinese New Year – The Year of the Rooster. Javier Tan’s colourful high-impact lighting design matched the glamour, glitz and exuberance of the high profile public event, featuring an ebullient cast of 8000, creatively directed by Fan Dong Kai and staged at the F1 Pit Building in the city centre.

The glittering show was organized by the People’s Association (PA). It celebrated the diversity and multi-cultural nature of the nation’s population and was watched live by President, Dr. Tony Tan, Prime Minister Lee Hsien Loong, plus assorted political, dignitaries and VIPs together with approximately 200,000 excited members of the public over two nights. It was also recorded for broadcast.

Javier is one of the region’s top lighting designers and a big Robe advocate. He has lit Chingay before on the same site in 2013, so he knew in the early planning stages that the most powerful lightsources available were needed … so he chose Robe’s BMFLs. 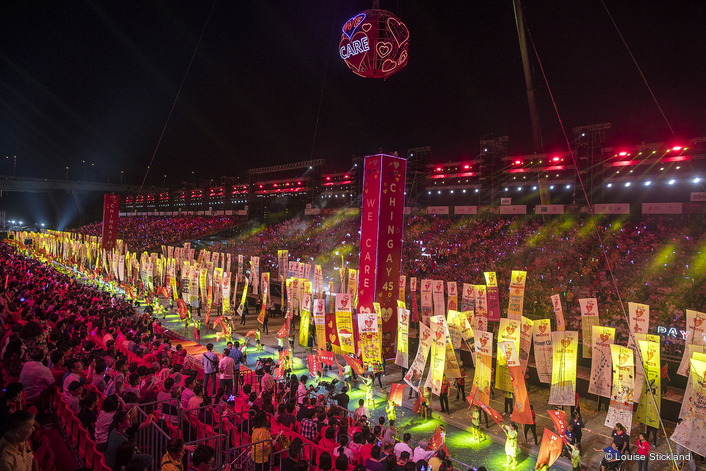 The ColorStrobes were used as powerful and effective wash lights to cover the extensive show and audience areas in addition to their stunning range of strobe effects, which added lots of sparkle throughout.

The main challenge, Javier reveals … was simply illuminating the vast 360 metre long parade area created in the F1 pit lane and ensuring that the lumen levels were ramped up as high as the audience anticipation! 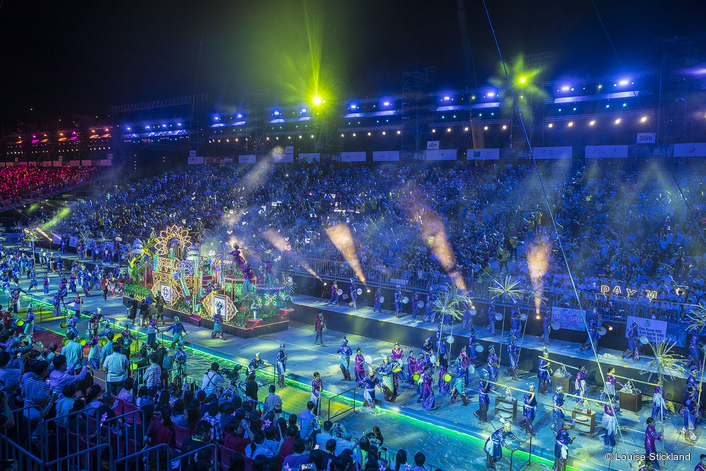 A strong sense of theatricality and drama was also paramount as the many different contingents - including teams representing other countries like Cambodia, Indonesia, Malaysia, China and South Korea - shimmied down the parade ground.

The lights were rigged on a series of gantries and towers erected along the backs of the seating grandstands on both sides, arranged in layers to add depth to the picture and emphasise the dimension and scale of the space. 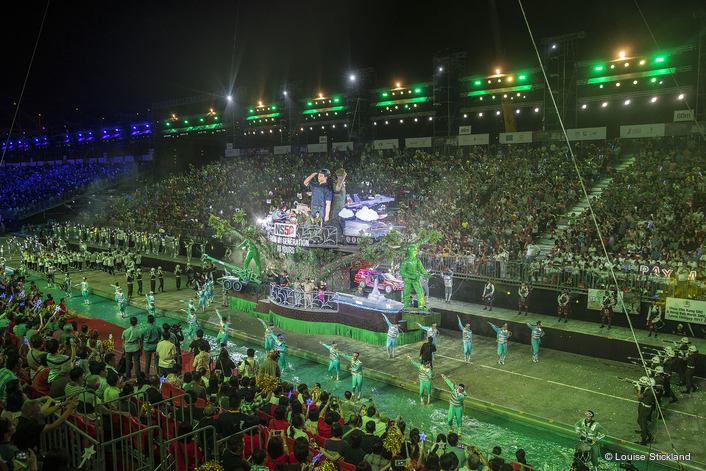 The BMFL Blades were on the middle levels with the WashBeams on the tops of the towers, easily dealing with the 65 metre throw distance. “I needed power and the brightness and it was absolutely the best choice,” confirmed Javier.

He added that BMFLs are readily available on the rental market in Singapore Thanks to the hard work of Robe’s Asia Pacific subsidiary, all the major rental companies have some stock and continuity of fixtures is another good reason for spec’ing BMFLs on large shows.

The BMFL Blades created some stunning aerial and beam effects. They textured the floor, a raised runway along one side and a waterway running the full 360 metres down the other, helping the lively, animated environment further zing with energy! 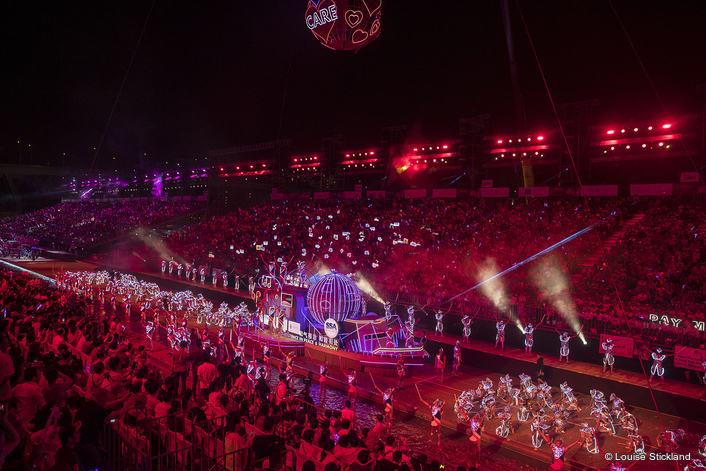 The ColorStrobes were positioned on the upper gantry rail, all the way along, where they could easily immerse the entire crowd and performance area with colours and effects.

“These strobes are simply amazing,” stated Javier who first saw them in action during the 2016 F1 concert, and was immediately struck with their retina-burning intensity!

On Javier’s recommendation, CSP Productions purchased another 80 ColorStrobes which joined the 40 already in their inventory, especially for this project, “They are absolute saviours on a site like this with such huge areas to light. The colours are great; they can do all the effects and funky bits and save having literally hundreds of conventionals to do the same job”. 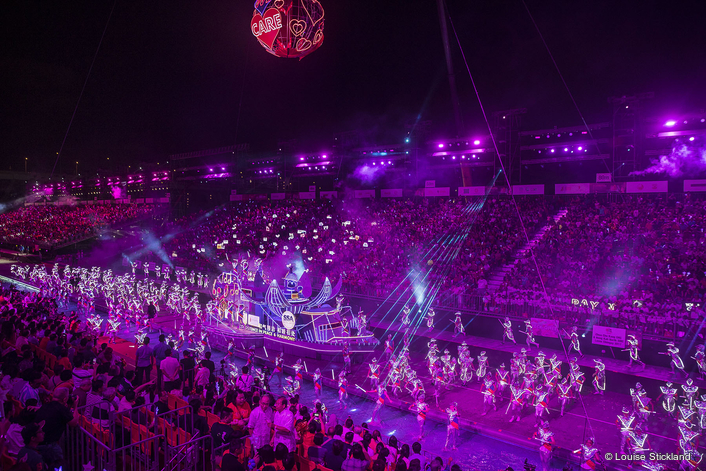 The first time he had used BMFLS was the 50th National Day Parade (NDP) in 2015 ... when he was also suitably impressed enough to start specifying them regularly in his work.

Javier mentions that if he could have had more BMFLs and ColorStrobes, he would have … but while there is a good lighting budget for this show, there's also a need for some expedience!!

Four lighting consoles were used to run the show lighting, which also included some other moving and LED lights plus 40 fog machines. He worked with his regular very stylish team of programmers Clement Cheong and Joyce Goh who kept everything cool, calm and efficient at FOH. 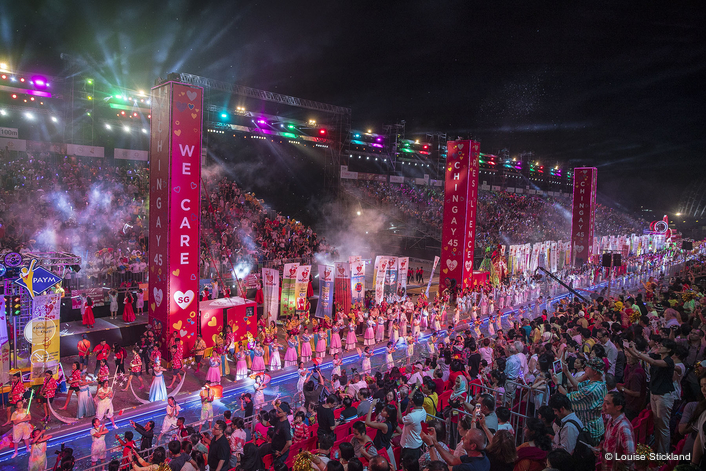 The Chingay 45 load-in took place in early December. This is a bit of a luxury compared to some of the timescales in the crazy world of live events, BUT when you see the vibrancy and intensity of the show, understand its profile for the country and appreciate the time needed to choreograph 8000 volunteers into a slick and fluid show ... you can understand why!

Javier enjoyed a mega busy year in 2016 which included designing lights for Chinese pop singing superstar and actress Karen Mok's world tour, and being lead lighting programmer for Mac Chan on the 2016 NDP. 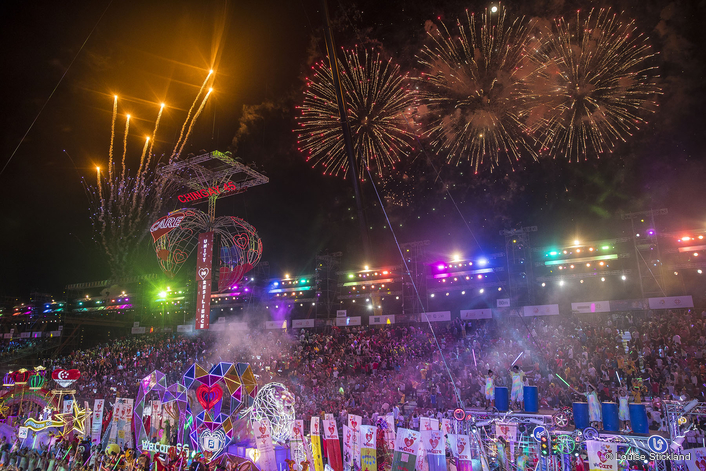 "It was great working with CSP Productions and Robe," says Javier wrapping up the interview and adding, with a big smile, that if he lights the event again, he would intend to double the amount of Robe ColorStrobes!