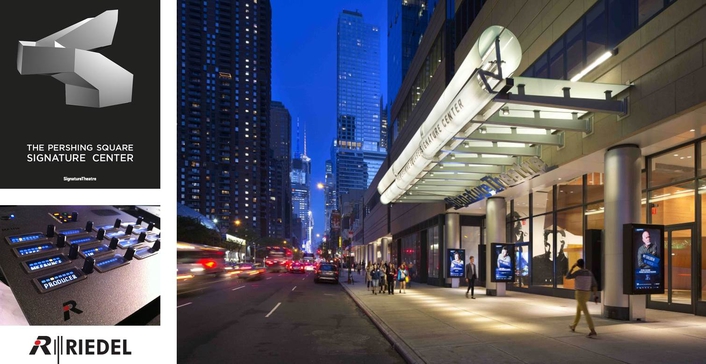 "Riedel's digital intercom products give us the quality and versatility that is critical for productions in a modern theater environment," said Graham Johnson, sound, video, and communications supervisor at Signature Theatre Company. "Not only is the ability to communicate essential to the production, but it is also critical to the safety of our staff and performers. The Riedel systems have surpassed our expectations in every way."

The facility's Artist systems feature a distributed masterless system architecture that significantly reduces wiring, making it easy and cost-effective for users to configure intercom panels and partylines to meet current production requirements at the center's three theaters: the Linney, the Diamond, and the Griffin. For each theater, engineers have created stage manager stations comprised of Artist 1000 Series control key-panels packaged into flight cases. Access plates throughout the building provide connections for both Artist control panels and Performer digital partylines, which are routed via a central patch bay. 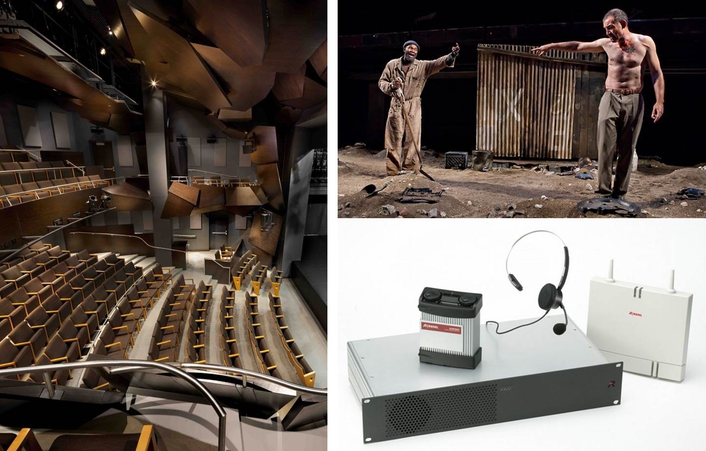 About Signature Theatre
Founded in 1991 by James Houghton, Signature Theatre exists to honor and celebrate the playwright. Signature makes an extended commitment to a playwright's body of work, and during this journey, the writer is engaged in every aspect of the creative process. Signature is the first theatre company to devote an entire season to the work of a single playwright, including re-examinations of past writings as well as New York and world premieres. By championing in-depth explorations of a living playwright's body of work, the Company delivers an intimate and immersive journey into the playwright's singular vision.

Signature has presented entire seasons of the work of Edward Albee, Lee Blessing, Horton Foote, Maria Irene Fornes, Athol Fugard, John Guare, David Henry Hwang, Bill Irwin, Adrienne Kennedy, Tony Kushner, Romulus Linney, Charles Mee, Arthur Miller, the Negro Ensemble Company, Sam Shepard, Paula Vogel, August Wilson and Lanford Wilson. At The Pershing Square Signature Center, the Company's expanded programming includes: Residency One, the continuation of Signature's core program which provides audiences with an immersive exploration of the work of a singular playwright; Residency Five, which provides five-year residencies for multiple playwrights, guaranteeing three full productions of new work over the course of each playwright's residency; and the Legacy Program, which honors the lifetime achievement of playwrights who have previously been in residence at Signature through the production of a premiere or earlier play.

Signature, its productions and its resident writers have been recognized with a Pulitzer Prize, fourteen Lucille Lortel Awards, sixteen Obie Awards, six Drama Desk Awards and twenty-two AUDELCO Awards, among many other distinctions. The National Theatre Conference recognized the company as the 2003 Outstanding National Theatre of the Year.